macOS 12.3 will break cloud-storage features used by Dropbox and OneDrive 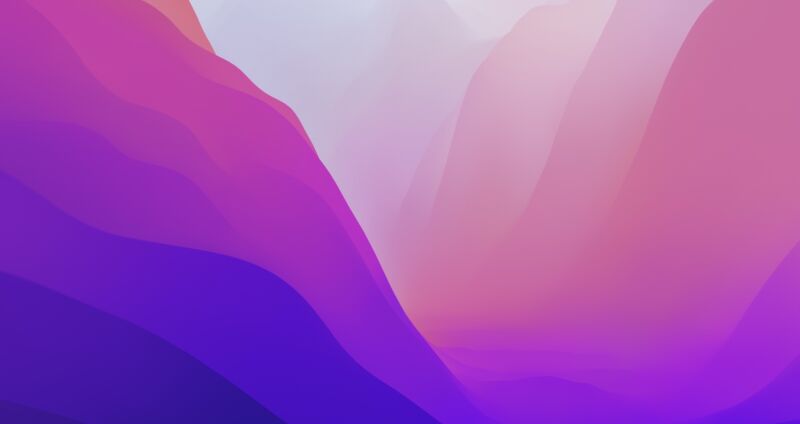 If you’re using either Dropbox or Microsoft OneDrive to sync files on a Mac, you’ll want to pay attention to the release notes for today’s macOS 12.3 beta: the update is deprecating a kernel extension used by both apps to download files on demand. The extension means that files are available when you need them but don’t take up space on your disk when you don’t. Apple says that “both service providers have replacements for this functionality currently in beta.”

Both Microsoft and Dropbox started alerting users to this change before the macOS beta even dropped. Dropbox’s page is relatively sparse. The page notifies users that Dropbox’s online-only file functionality will break in macOS 12.3 and that a beta version of the Dropbox client with a fix will be released in March. 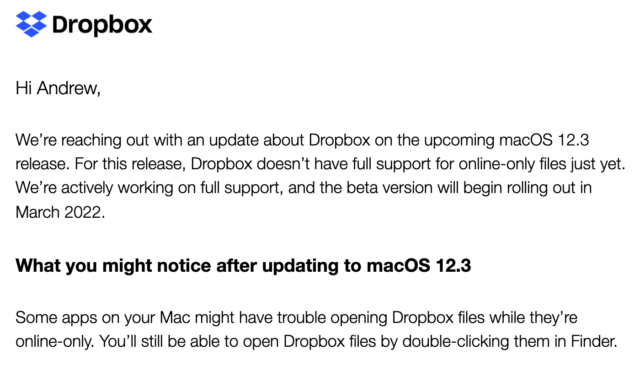 Enlarge / The warning email that Dropbox sent to Mac users earlier this week.

In addition to integrating better with the Finder (also explained by Microsoft here), using modern Apple extensions should reduce the number of obnoxious permission requests each app generates. The extensions should also reduce the likelihood that a buggy or compromised kernel extension can expose your data or damage your system. But the move will also make those apps a bit less flexible—Microsoft says that the new version of Files On-Demand can’t be disabled. That might be confusing if you expect to have a full copy of your data saved to your disk even when you’re offline.

versions of their clients within the last couple of months.

The betas for macOS 12.3 and iOS/iPadOS 15.4 add a handful of other notable features, after releases earlier this week that focused mostly on security improvements and bug-fixing. The macOS 12.3 beta adds support for Universal Control, the feature that allows you to seamlessly use multiple Macs or iPads together. Universal Control was announced back in June 2021 at WWDC and was briefly present in the initial run of Monterey betas before being removed almost entirely from the final release. The iOS and iPadOS 15.4 betas add support for FaceID that can be unlocked by users wearing a mask with no Apple Watch required. Two years into a pandemic is a bit late to be adding this feature, but late is better than never.