While humanity has spent the past two years suffering from the Covid-19 pandemic, in Texas a peculiar outbreak has been ravaging the tawny crazy ant. (Yes, that’s its real name.) Originally from South America, the invasive insect forms miles-wide supercolonies that flow like lava across the landscape, devouring not just insects but baby birds and lizards, muscling out native ant species in the process.

The tawny crazy ant’s success in Texas, though, has not gone unnoticed—microbially speaking. Ecologist Edward LeBrun, of the Brackenridge Field Laboratory at the University of Texas at Austin, and other scientists have been finding bloated crazy ants with bellies full of fatty tissue, a sure sign of infection by a fungus-like microsporidian parasite. Indeed, they discovered that this is a brand-new microsporidian species in a brand new genus (Myrmecomorba nylanderiae), a pathogen designed to ruin the day of crazy ants, yet one that seems to leave native species alone. The crazy ant’s sprawling supercolonies, it seems, are its undoing: With so many insects in close contact across the landscape, the microsporidian quickly spreads, in some cases wiping out populations.

“We were looking at these populations out in nature and seeing that some of them were disappearing—collapsing and going to extinction—which was a big surprise,” says LeBrun.

Going one step further, LeBrun and his colleagues collected infected crazy ants and released them near uninfected nests, then watched as the pathogen spread, collapsing the populations in less than two years. In a new paper in the Proceedings of the National Academy of Sciences, the researchers described how the epidemic is ravaging an invasive species that has resisted all other methods of control like insecticides, and speculated that officials could use the microsporidian as a kind of biological weapon.

A tawny crazy ant supercolony is made up of nests that share workers and food instead of competing with one another. Like our global human civilization, it’s all interconnected. “It’s sort of a bacterial plaque spreading on a petri dish,” says LeBrun of the way a supercolony creeps across a landscape. 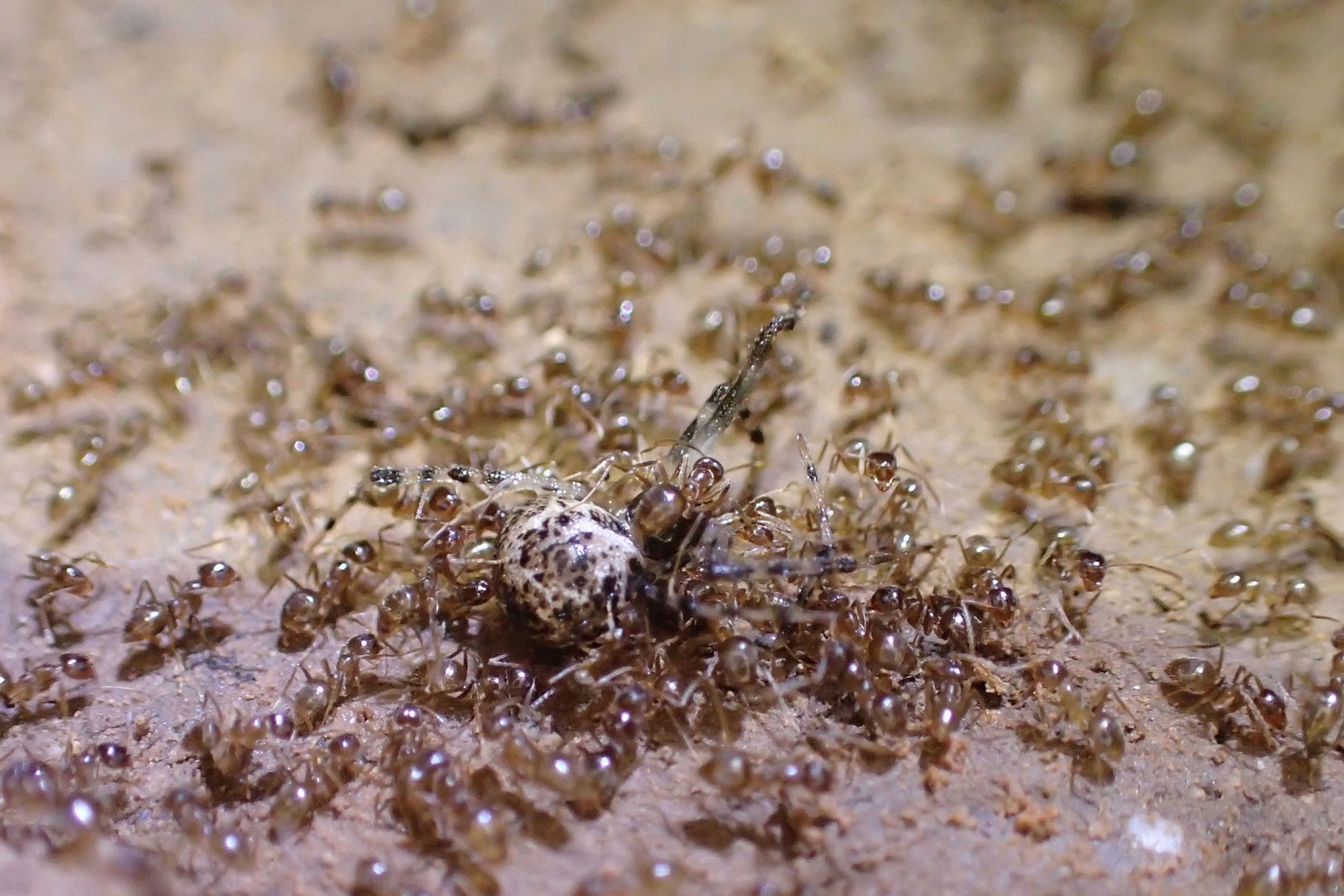