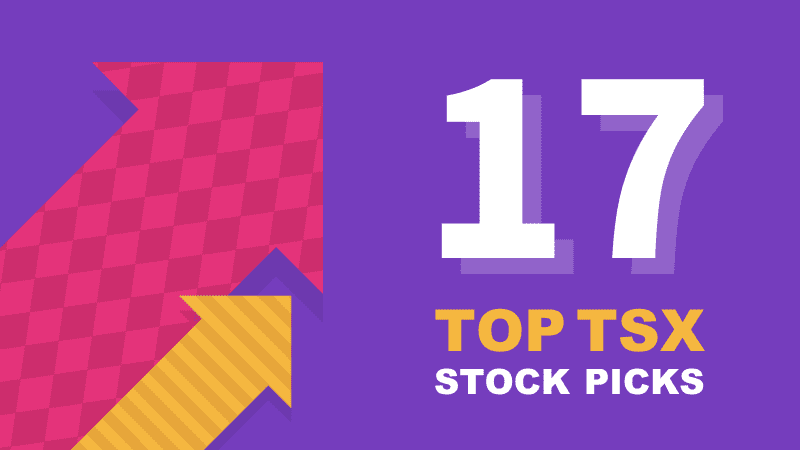 We asked our Foolish writers for their top ideas for April. Here are their picks.

A combination of high inflation and numerous anticipated interest rate hikes have severely hurt bonds in 2022, with long-duration assets like +20-year U.S. Treasury bonds suffering the most. Traditionally, investors relied on their high volatility and negative correlation to offset equity risk in portfolios. With correlations becoming positive in the recent months, that protection is fast disappearing.

My suggested alternative for a hedge in a rising-rate environment is Cambria Tail Risk ETF (NYSE:TAIL). The ETF has most of its holdings in intermediate-term U.S. Treasuries while devoting a small allocation to out-of-the-money put options on the S&P 500 that will pay out asymmetrically during a large crash. In my opinion, the slight negative carry is more than worth it to avoid the interest rate risk of holding long bonds right now.

Fool contributor Tony Dong has no position in the companies mentioned.

My top TSX stock pick for April is Lightspeed Commerce (TSX:LSPD)(NYSE:LSPD) — the stock that lost 80% value in the tech-stock selloff. The stock has bottomed out, even for Spruce Point Capital, who accused Lightspeed of reporting inflated financial metrics. Buying is returning to the stock market. Bargain hunters are buying undervalued stocks.

Lightspeed’s revenue growth is likely to slow, as it moves from growing through acquisitions to growing organically. With organic growth of over 50%, an 8.5 times price-to-sales ratio makes the stock undervalued. This is a good time to buy this growth stock at cheap price before investors start pricing in fundamentals.

Fool contributor Puja Tayal has no position in the companies mentioned.

My top pick for this month is BlackBerry (TSX:BB)(NYSE:BB). Over the last year, BlackBerry’s stock price has declined 17% amid high volatility. Yet BlackBerry’s prospects look better than ever, with its award-winning technologies continuing to make headlines. For example, BlackBerry’s IVY platform for connected cars is seeing loads of interest from automakers. With BlackBerry hoping to have IVY ready to go into production by the end of this year, things could be heating up soon.

As a high-quality player in the cybersecurity and embedded systems markets, BlackBerry has a bright future, and now is a good time to enter a position.

My top stock for April is Toronto-Dominion Bank (TSX:TD)(NYSE:TD). This stock has a lot of things going for it at the moment. It is currently in the process of buying First Horizons in a deal that will make it the sixth-largest retail bank in the United States. Its earnings are generally beating expectations, with the most recent quarter coming out ahead on EPS.

Should the First Horizon deal close, it will grow even more than it has since 2020. First Horizons will add a large portfolio of commercial loans to TD’s balance sheet — something that has been sorely lacking from the bank’s U.S. business until now. Add to that the fact that interest rates are in the process of rising, and you’ve got a solid case for investing in TD Bank.

There is a massive housing shortage in North America. Housing demand keeps rising, so new home developments also need to meet demand. That is a very favourable trend for Hardwoods Distribution (TSX:HDI).

It is one of the largest distributors of building supplies and architectural products in North America. The company has been fast consolidating the space. It just added two large distribution businesses that should vastly expand its addressable market.

The company has been growing revenues and adjusted earnings per share by a compounded annual growth rate of 22% and 38%, respectively. Yet it trades for a bargain of six times earnings. For growth and value, this is a solid buy today.

I think broad market uncertainties are increasing, and it’s better to be safe. So, I think Canada’s top utility stock, Fortis (TSX:FTS)(NYSE:FTS), would be an attractive bet in the current environment.

Fortis serves almost 3.4 million customers with electricity and gas. It earns most of its earnings from regulated operations facilitating earnings visibility. This, in turn, enables Fortis to pay stable dividends to its shareholders. FTS stock currently yields 3.5%, and it has increased its payout in the last 48 consecutive years.

Notably, if the broad markets turn weak amid geopolitical tensions and fears of rising inflation, utility stocks like Fortis play well because of their slow-moving stocks and stable dividends. That’s why FTS stock has comfortably outperformed the TSX Index since the Russia-Ukraine war broke out.

Fool contributor Vineet Kulkarni has no position in the companies mentioned.

April is shaping up to be a month of volatility in the stock market. Those looking for a pocket of reprieve may want to consider Restaurant Brands right now.

The TSX continues to be volatile, and that doesn’t seem to be changing anytime soon. But that doesn’t mean you have to ignore industries as a whole, even in the tech sector. Instead, strong companies with solid track records and balance sheets is where your attention should be.

For that, I would go straight to Constellation Software (TSX:CSU). The software company proves time and again that its growth-through-acquisition strategy is solid. It’s run by an incredible management team who knows just what to buy and what to leave alone. No wonder shares have climbed 230% in the last five years and 2,300% in the last decade!

What Constellation has that other tech stocks don’t is this track record of solid performance. And it remains a stable option, even as its peers crash around it.

Fool contributor Amy Legate-Wolfe has no position in the companies mentioned.

Hydro One (TSX:H), an electric utility company serving the province of Ontario, is my top stock for April.

Hydro One is a great stock to hold to protect your portfolio from a continued selloff and an economic downturn. The company holds a monopoly share of Ontario’s transmission lines. It is poised to continue raking in sizable profits, even as the tides turn against the broader stock market. The 3.3% dividend yield is pretty interesting.

Hydro One recently announced a new pilot project to bring high-speed internet access to as many as 1,450 homes and businesses in the municipality of Brighton in the county of Northumberland.

Fool contributor Stephanie Bedard-Chateauneuf has no position in the companies mentioned.

Open Text (TSX:OTEX)(NASDAQ:OTEX) has a track record of increasing its top and bottom lines. Its three-year growth rates are as follows:

Notably, the business grows by M&A, which could make its growth bumpy. The tech stock just corrected approximately 20% from its 52-week and all-time high and is undervalued.

Additionally, Open Text is a Canadian Dividend Aristocrat that has increased dividends for about nine years on a sustainable payout ratio and growing earnings and cash flows. Its payout ratio is estimated to be below 30% this year.

It’s not too late to load up on renewable energy stocks. The sector has been red hot over the past two months, but there are still plenty of deals to be had.

My top pick in April is Brookfield Renewable Partners (TSX:BEP.UN)(NYSE:BEP). I’m already a shareholder, but I’ll be looking to add to my position before the energy stock returns to all-time highs, which I’m betting will be sooner rather than later.

Shares of the $30 billion company are up more than 10% year to date compared to the Canadian market’s return of less than 5%. Still, Brookfield Renewable Partners is trading close to 20% below all-time highs set in early 2021.

If you’re bullish on the long-term growth potential of renewable energy, now’s the time to invest. And with Brookfield Renewable Partners trading at a bargain price today, this top energy stock is a must-buy this month.

My top stock pick for April is enterprise software giant Topicus.com (TSXV:TOI). Rising interest rates have made recurring revenue from software firms less valuable. That’s probably why Topicus has lost 39% of its value over the past five months. However, this downturn has also impacted the company’s potential acquisition targets. Put simply, Topicus can deploy more cash and get better valuations on small software firms in the near future, which should add tremendous value over the long term. Keep an eye on this opportunity.

Docebo (TSX:DCBO)(NASDAQ:DCBO) stock is an attractive investment at current price levels, as the pullback (it has dropped about 44% from its high) created a solid entry point. Its organic revenues continue to grow rapidly, reflected through the strong annual recurring revenue growth rate. Further, the growing mix of its recurring subscription revenues, customer growth, high retention rate, and larger deal size augur well for growth.

Fool contributor Sneha Nahata has no position in the companies mentioned.

Lightspeed Commerce (TSX:LSPD)(NYSE:LSPD) is my top stock pick for April 2022. At the end of February, it was among the worst-performing shares on the TSX Composite benchmark due to a massive tech sector-wide selloff in early 2022. However, that’s no more the case, as LSPD stock has shown a spectacular recovery of nearly 42% in the last 10 sessions alone to around $39.49 per share.

These gains have helped Lightspeed stock trim its year-to-date losses to around 20%. As its overall sales growth remains solid due to strong demand for its omnichannel commerce-enabling services, I still find LSPD very attractive for long-term investors.

Fool contributor Jitendra Parashar has no position in the companies mentioned.

My top stock for April is goeasy (TSX:GSY), the specialty finance stock. goeasy has been one of the best and most consistent growth stocks to own for years, so the fact that it’s been trading cheap for quite some time now makes it an opportunity you won’t want to ignore.

During its most recent earnings report, it beat expectations, raised its guidance and increased its dividend by an incredible 38%. For years, it’s grown faster than Canadian bank stocks, and its business model has superior economics.

Therefore, with goeasy currently trading roughly in line with the banks at a forward price-to-earnings ratio of around 12 times, it’s certainly one of the top Canadian stocks to buy in April.

My top stock for April is Shopify (TSX:SHOP)(NYSE:SHOP). Growth stocks have started to show signs of a recovery, and investors are able to buy shares at a massive discount at these prices. Shopify remains one of the largest players in the e-commerce industry. More than one million merchants use Shopify to power their online stores. This includes everyone from first-time entrepreneurs to large-cap companies like Netflix.

Shopify has also continued to strengthen its enterprise partnership network. As the e-commerce industry continues to grow, I believe more and more consumers will end up on a store powered by Shopify. With a strong management team and tailwinds behind it, this company could become much larger than it is today.

Fortis (TSX:FTS)(NYSE:FTS) is one of those defensive dividend stocks investors turn to in times of market volatility and economic uncertainty.

The utility company gets nearly all of its revenue from regulated assets that include power generation, electric transmission, and natural gas distribution businesses. Cash flow is predictable and reliable, and Fortis has increased the dividend for 48 consecutive years.

The current $20 billion capital program is expected to support average annual dividend growth of 6% through 2025. That’s solid guidance and the rising payouts help make it easier to ride out any potential dips in the share price along the way.