Activity across the cryptocurrency market has been largely subdued on April 15 as traders in the United States have taken an early weekend thanks to the closure of financial markets for the observance of Good Friday.

A survey of the top 20 tokens indicates a relatively flat trading day, with Bitcoin (BTC) clinging to support above $40,000. Several lower-ranking altcoins managed to post double-digit gains on the back of recent protocol developments. 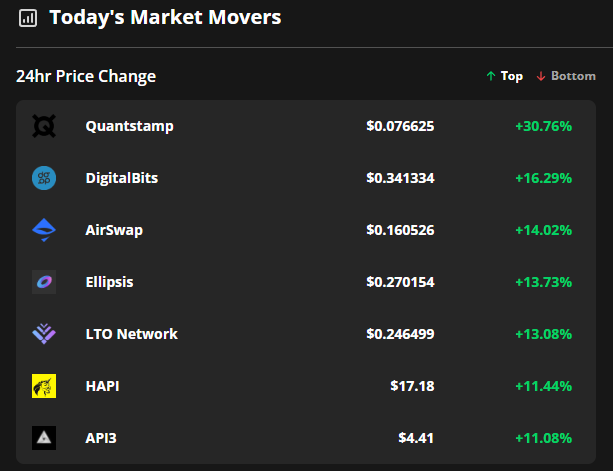 Data from Cointelegraph Markets Pro and TradingView shows that the biggest gainers over the past 24-hours were Quantstamp (QSP), DigitalBits (XDB) and AirSwap (AST).

Blockchain security and code audit provider Quantstamp led the altcoin charge as its token price spiked 35% on April 15 to reach a daily high of $0.0804.

VORTECS™ data from Cointelegraph Markets Pro began to detect a bullish outlook for QSP on April 14, prior to the recent price rise. 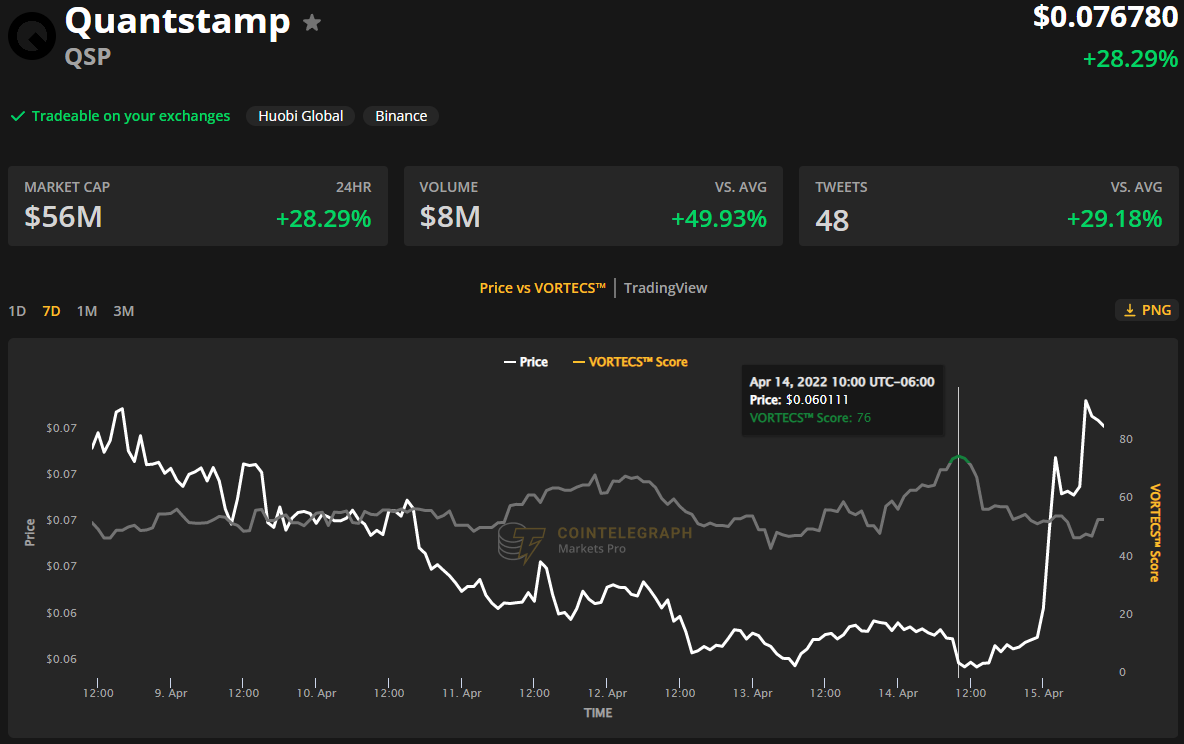 As seen in the chart above, the VORTECS™ Score for QSP spiked into the green and hit a high of 76 on April 14, around three hours before the price increased 35% over the next day.

The move higher for QSP follows the launch of NFT Combinator, a new platform created by Quantstamp that is designed to help incubate up-and-coming digital artists and help them launch their early collections.

DigitalBits is a protocol layer blockchain that is specifically designed to support brand currencies and consumer digital assets. 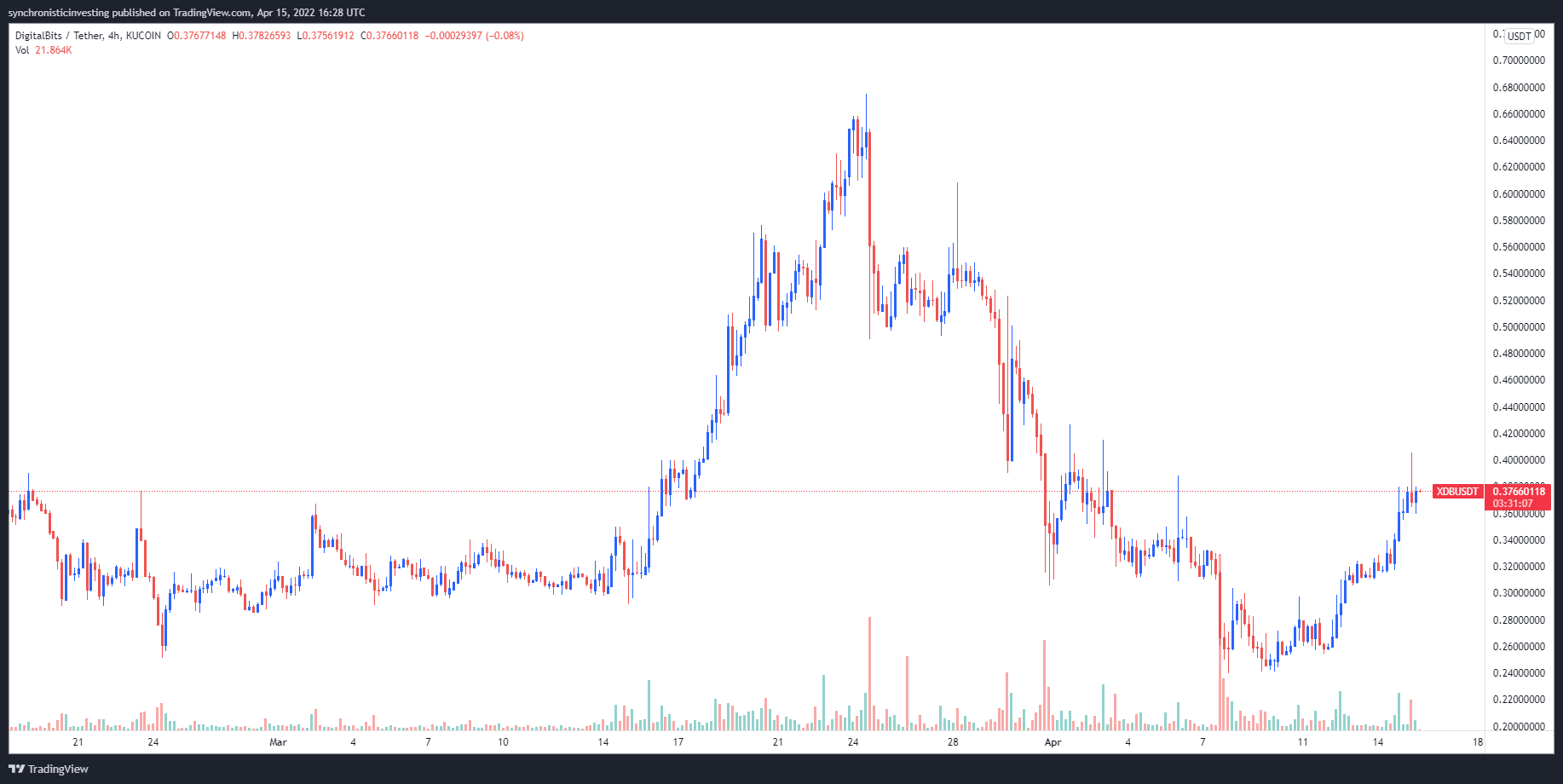 XDB’s momentum was sparked by the signing of well-known footballer David Beckham as the global ambassador for DigitalBits to help spread awareness of the project around the world.

The Airswap protocol is a developer-focused decentralized autonomous organization (DAO) that specializes in the creation of decentralized trading systems.

VORTECS™ data from Cointelegraph Markets Pro began to detect a bullish outlook for AST on April 12, prior to the recent price rise. 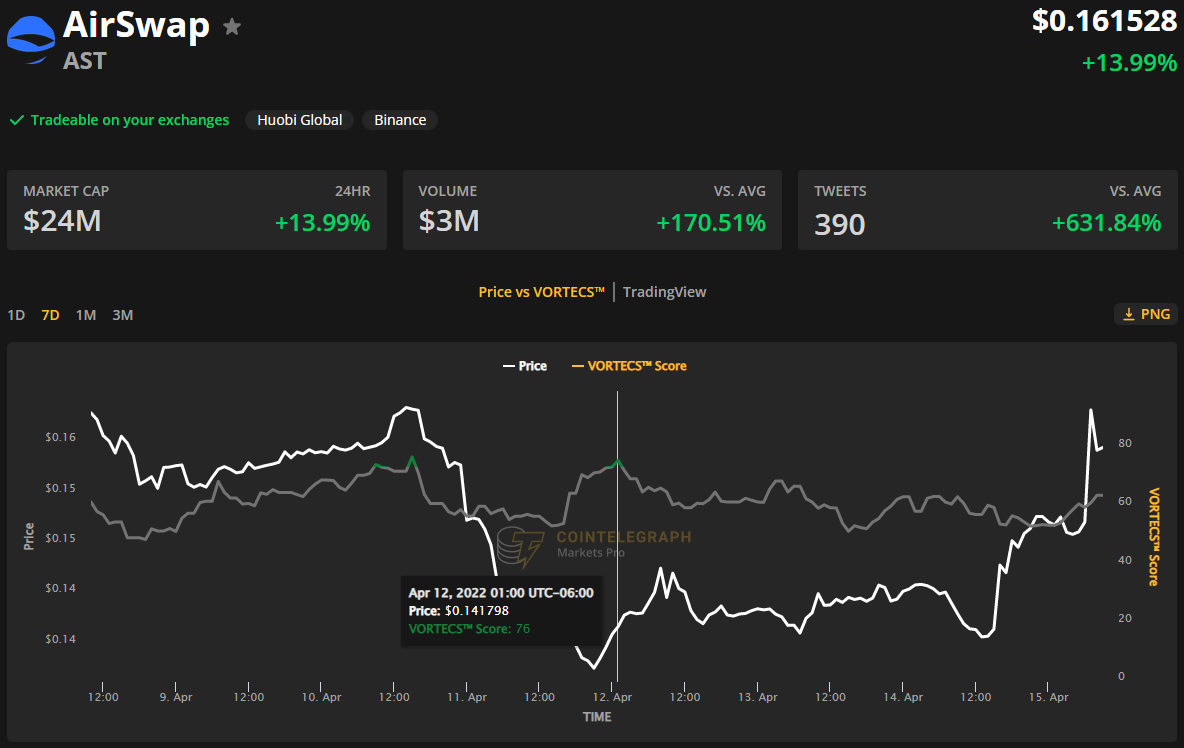 As shown in the chart above, the VORTECS™ Score for AST hit a high of 76 on April 12, around 60 hours before the price increased 24% over the next day.

The price reversal for AST follows the March 30 launch of AirSwap v3 and the protocol’s April 15 integration with the Avalanche network, which offers AirSwap users lower transaction fees when performing token swaps.