On Thursday, cricket nonfungible token (NFT) platform Rario announced that it secured $120 million in Series A funding in a round led by Dream Capital, the venture subsidiary of Dream Sports. As told by Rario, it currently has the largest share of cricket NFT rights via partnerships with six international cricket leagues and a roster of over 900 cricketers.

Dream Sports is a sports technology company based in India with more than 140 million users. Through this partnership, Rario can potentially increase its exposure to a much larger audience. 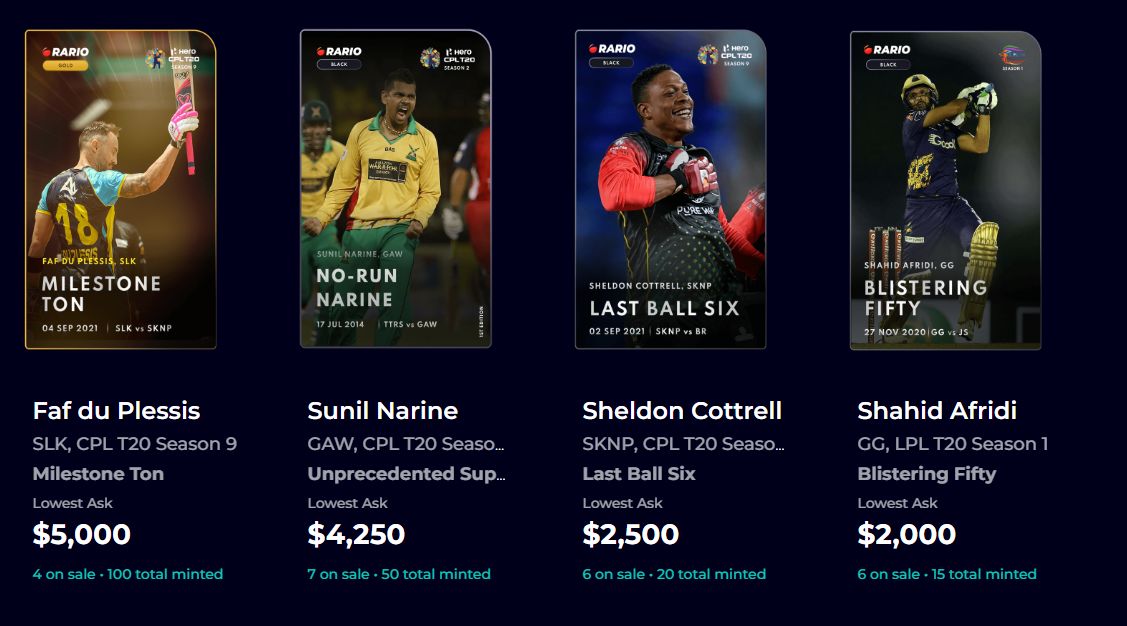 Rario is a Singapore-based company that was founded in 2021 by Indian Institute of Technology Delhi alumni Ankit Wadhwa and Sunny Bhanot. The firm has sold 50,000 NFTs to sports fans across 20 countries on a cumulative basis. Commenting on the potential synergies with Dream Sports, Wadhwa said:

“Cricket is the 2nd largest sport in the world, with more than 1.5 billion fans globally. NFTs are creating new forms of engagement, allowing fans to own and trade digital collectibles. Rario’s global cricket NFT ecosystem will be further strengthened by the 140 million sports fans on Dream Sports.”

Notable cricket leagues signed by Rario include Cricket Australia, the Australian Cricketers’ Association, the Caribbean Premier League, thLanka Premier League, and Abu Dhabi T10 League Legends League Cricket. Its NFT platform is based on Polygon (MATIC), and players can buy and sell cricket players’ cards at will. However, transactions are settled in United States dollars via credit or debit cards and bank accounts with a 5% fee charged on NFT card sales.