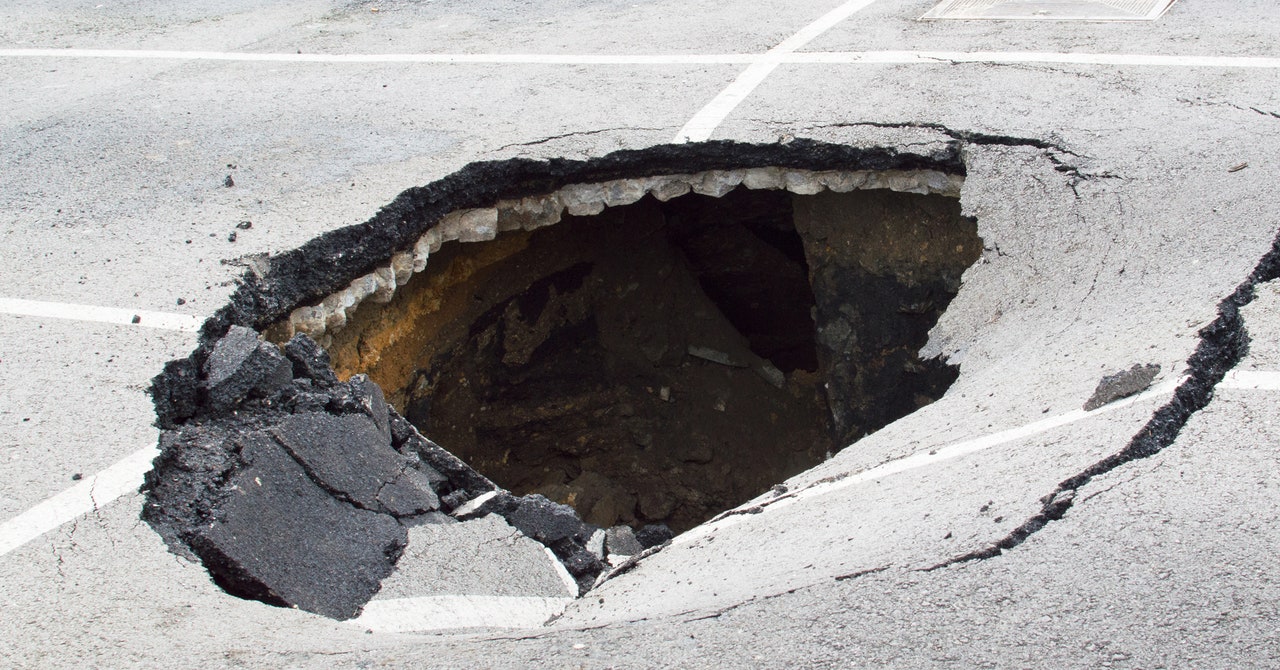 Seismic waves from a big quake are easy to see—think of the classic image of a seismograph, pencil scratching out telltale waves on a rotating paper as the tremor arrives. Even to highly trained eyes, PEGS are just squiggles, indistinguishable from the noise. It’s hard to prove they’re there. In 2017, early identifications of PEGS in Tohoku seismic data received pushback from other seismologists.

But over time, researchers have collected more observations from earthquakes around the world. “I’ve managed to convince myself that the theory is correct,” says Maarten de Hoop, a computational seismologist at Rice University who wasn’t involved in the research. Inspired in part by the controversy over the early detections, he set out to mathematically prove whether the gravitational fluctuations should be observable. The key, he says, is looking at data from the earliest moments of the quake, before P-waves arrive at sensors. At that point, the two forces “don’t totally cancel each other out,” meaning there’s theoretically a signal to be found in the noise. But the question of whether seismologists can actually separate the two has remained.

The new research offers initial validation that they can, de Hoop says. One thing that’s clear is that current instruments can only distinguish gravity signals from other noisy data during the biggest earthquakes—those larger than a magnitude 8.0, like the massive megathrust earthquakes that affect places like Japan, Alaska, and Chile. Since those big earthquakes are rare, Licciardi’s team created a data set of hypothetical earthquakes, sprinkling in real-world seismic noise observed at stations across Japan. This was used to train a machine-learning algorithm that would detect the start of a quake and estimate its size based on the gravity signal.

When the researchers applied the model to real-time data from sensors during the Tohoku quake, it took about 50 seconds of data to give an accurate detection, beating recent state-of-the-art approaches, including space-based GPS methods that measure the movement of the ground just after a quake. The eight-second difference may sound small, but it “is still a lot in the context of early warning,” Licciardi notes—especially in scenarios like the Tohoku quake, where coastal residents were given only minutes to evacuate in anticipation of the coming tsunami.

In addition, the researchers note that the model was more accurate in estimating the size of the earthquake, which is vital in predicting a tsunami’s size. In Japan in 2011, initial estimates of a sub-8.0 earthquake suggested a much smaller wave.

The method is still a ways off from being practical. Thomas Heaton, a seismologist at CalTech, describes the continued hunt for gravity perturbations as “a hammer looking for a nail,” given advances in more traditional approaches to earthquake detection—including in Japan, where officials responded to Tohoku by adding more sensors along the offshore subduction zones and expanding their models to account for massive, 9.0-plus earthquakes. To him, the biggest task for early warning systems is making the warnings more practical: battle-testing existing methods so that if a warning is issued, people hear it and know how to react. “Our problem isn’t sensors. It’s how to get data from the system and tell people what to do,” he says.

But de Hoop, who calls himself “enthusiastic” about the new work, notes that it provides a road map for improving the methods with better data and machine-learning techniques. The key to making this work for more common, smaller quakes will be figuring out how to lower the magnitude threshold for detecting the gravity signals—something that may require sensors that directly detect changes in the gravitational field. “I think there’s a wealth of information out there, and a wealth of work to be done,” he says.