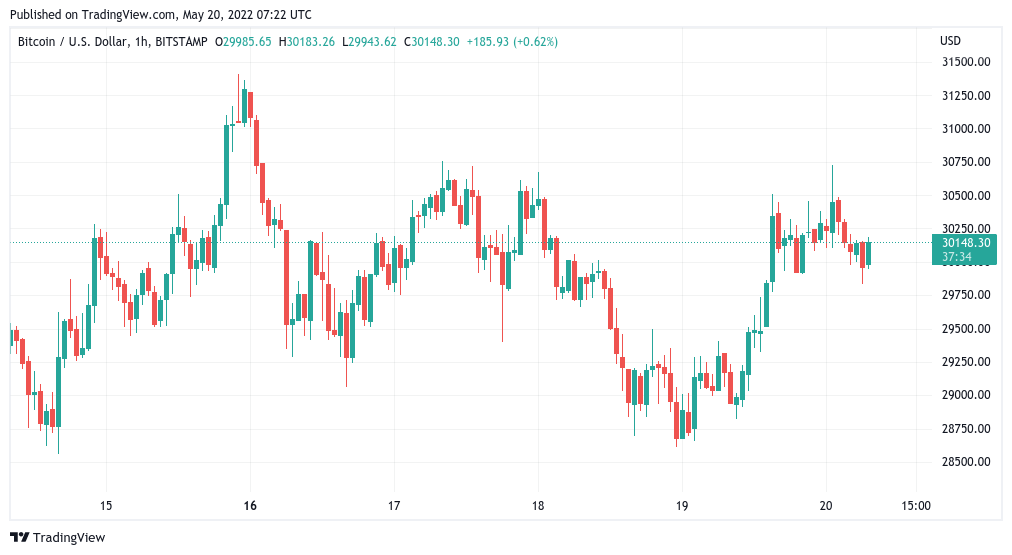 Data from Cointelegraph Markets Pro and TradingView recorded a high of $30,725 for BTC/USD on Bitstamp.

The U.S. dollar index (DXY) provided the background to Bitcoin’s relatively solid performance, this coming off two-decade highs to dip 2% in a week.

This appeared to relieve some pressure on stock markets, the S&P 500 finishing May 19 down a more modest 0.58% compared to previously in the week, the Nasdaq 100 less. 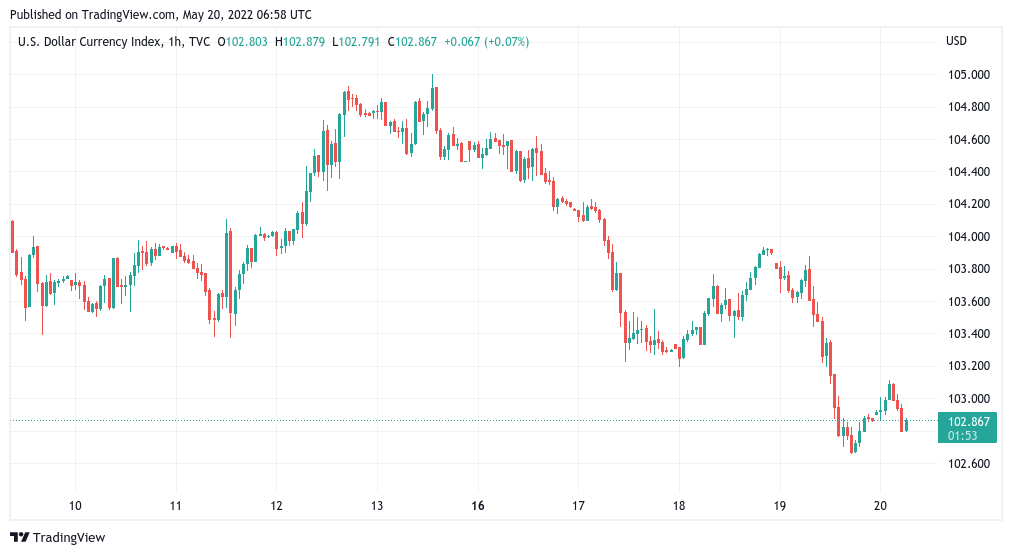 While treading water more than 50% below its all-time highs, the largest cryptocurrency had punished latecomers to the market, one analyst noted.

“Today, newbies who joined last year are in -34% loss,” Ki Young Ju, CEO of analytics platform CryptoQuant, wrote in a series of tweets on the day.

Ki highlighted a chart of bands of unspent transaction outputs (UTXOs) showing the age of investments. Those who had only experienced one “bear cycle” before were now down 39%, he concluded, while older coins were still in profit.

“So here’s hopium for bears. If $BTC crashed so hard due to the macro crisis and all Bitcoiner institutions go underwater, it could go $14k based on historical MDD,” he added.

As Cointelegraph reported, multiple predictions of a major BTC price retracement, some under $14,000, continue to circulate.

Related: Bitcoin must defend these price levels to avoid ‘much deeper’ fall: Analysis

After the Terra LUNA debacle, the mood had turned cold outside BTC, and now, signs were there that alts could cede dominance rapidly.

At 44.8%, Bitcoin’s share of the overall cryptocurrency market cap was at its highest since October 2021 at the time of writing.

“This is why you need to be cautious on alts and trade them with tight stops. There’s a good chance we could see money leave alts and start going back to BTC.”

60% BTC market dominance would represent a level not seen since March last year.

“Most alts I’ve been watching haven’t been able to break their H4 trends despite yesterday’s move on BTC,” fellow popular analyst Pierre warned.

“Would still expect most of them to die twice harder if btc was to remain stuck within this same range, or resolve to the downside.” 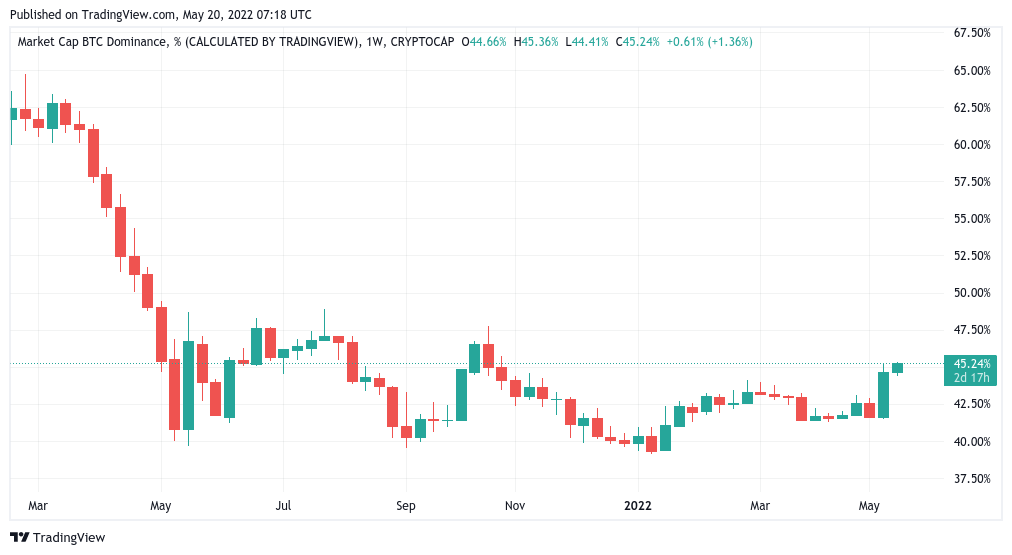