Coinbase lays off 18 percent of staff as CEO says, “We grew too quickly” 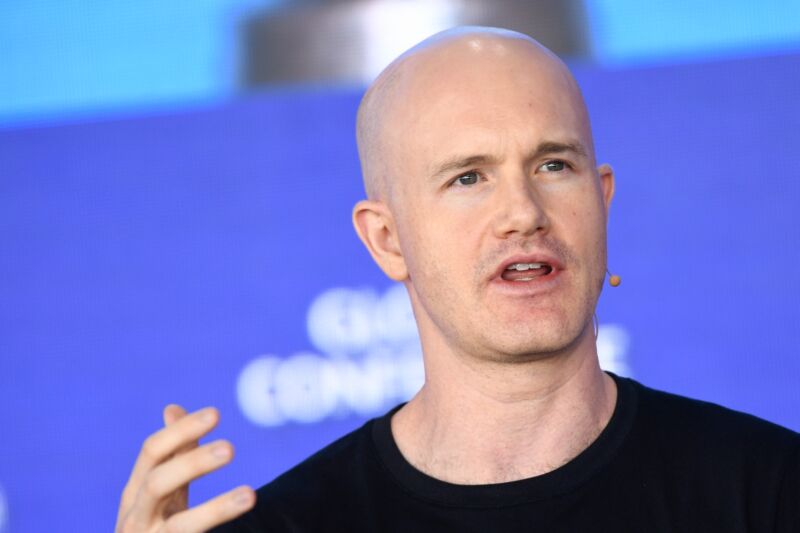 Cryptocurrency exchange Coinbase is laying off 18 percent of its staff, the company announced today. The layoffs will cut 1,100 workers at the largest crypto exchange in the US, leaving it with about 5,000 employees, Coinbase said in a Securities and Exchange Commission filing.

“In the next hour every employee will receive an email from HR informing if you are affected or unaffected by this layoff,” CEO Brian Armstrong wrote in a memo to staff that was posted on the company blog. Laid-off workers “will receive this notification in your personal email, because we made the decision to cut access to Coinbase systems for affected employees.”

The immediate cutoff from Coinbase systems was necessary because of “the number of employees who have access to sensitive customer information,” Armstrong wrote. This was “the only practical choice, to ensure not even a single person made a rash decision that harmed the business or themselves,” he wrote.

The Coinbase layoffs came amid a cryptocurrency market rout affecting bitcoin, ether, and other cryptocurrencies. Several other crypto companies announced big staff cuts in recent days. Coinbase’s stock price has fallen over 33 percent since May 31.

Coinbase had more than quadrupled its staff over the previous year and a half, according to Armstrong’s memo. “We grew too quickly,” Armstrong wrote. “At the beginning of 2021, we had 1,250 employees. At the time, we were in the early innings of the bull run and adoption of crypto products was exploding.”

But now, the CEO wrote, “We appear to be entering a recession after a 10+ year economic boom,” which “could lead to another crypto winter, and could last for an extended period. In past crypto winters, trading revenue (our largest revenue source) has declined significantly.”

reported revenue of $1.2 billion and a net loss of $430 million after posting profits and higher revenue figures in each quarter of 2021.

Last week, a petition from Coinbase employees called for a “vote of no confidence” and the removal of several high-ranking executives. Armstrong responded on Twitter, calling the petition “really dumb on multiple levels,” in part because it targeted executives but not Armstrong himself.

“First of all, if you want to do a vote of no confidence, you should do it on me and not blame the execs. Who do you think is running this company? I was a little offended not to be included :),” Armstrong wrote. He added that “if you have no confidence in the execs or CEO of a company then why are you working at that company? Quit and find a company to work at that you believe in!”

Armstrong also clashed with employees in 2020 when he told them not to “debate causes or political candidates internally that are unrelated to work.” Sixty Coinbase employees subsequently accepted a buyout offer that was made “available to any employee who didn’t feel they could be on board with this direction.”