A Photographer Captures Earth as a Strange New World

In 1799, the German naturalist and explorer Alexander von Humboldt set off on a trip through the Americas, cataloging all he could find: plants, minerals, capybaras, canals, etc. Humboldt proposed that the world was “one great living organism where everything was connected”—a theory that would inspire Charles Darwin. He introduced the concept of ecosystems and was among the first naturalists to note humanity’s destructive impact on Earth.

In 2017, photographer Christopher Edward Rodriguez came across Humboldt’s writings. He’d been thinking about what a camera can really see when nearly every inch of the planet has been “shaped, directed, and photographed to death.” He adopted Humboldt’s ideas and set off across the Americas to create a series of images that show the planet “as if it’s never been seen before.” He used long exposures, artificial lighting, and colored gels to “circumvent the camera’s scientific accuracy.” His aim for the photographs was to convey a mood of “consistent strangeness,” one that embodies a forgotten tenet of Humboldt’s: “Everything is interaction and reciprocal.” 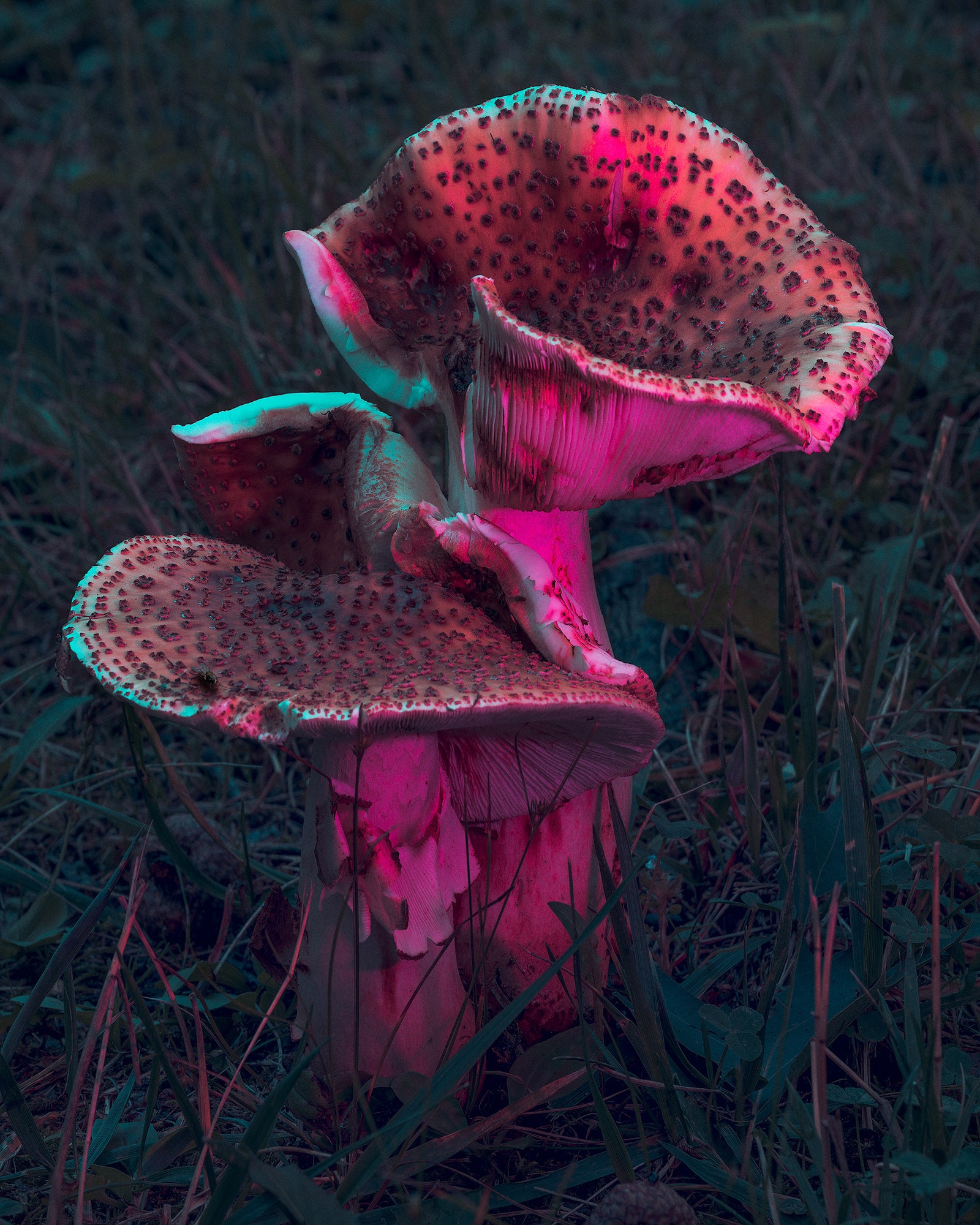 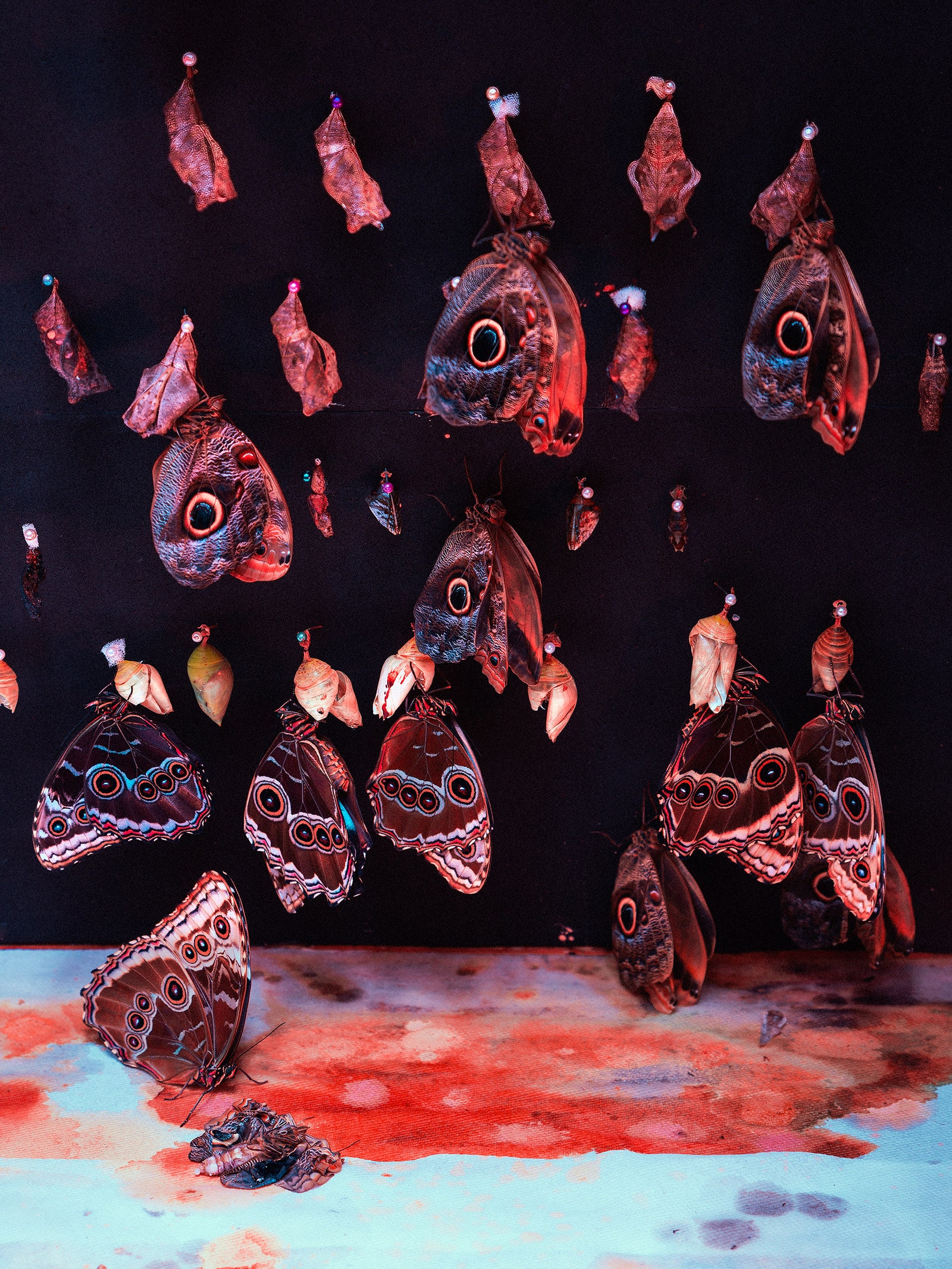 Morpho peleides butterflies, one of the largest species in the world, caught mid-metamorphosis in Costa Rica. 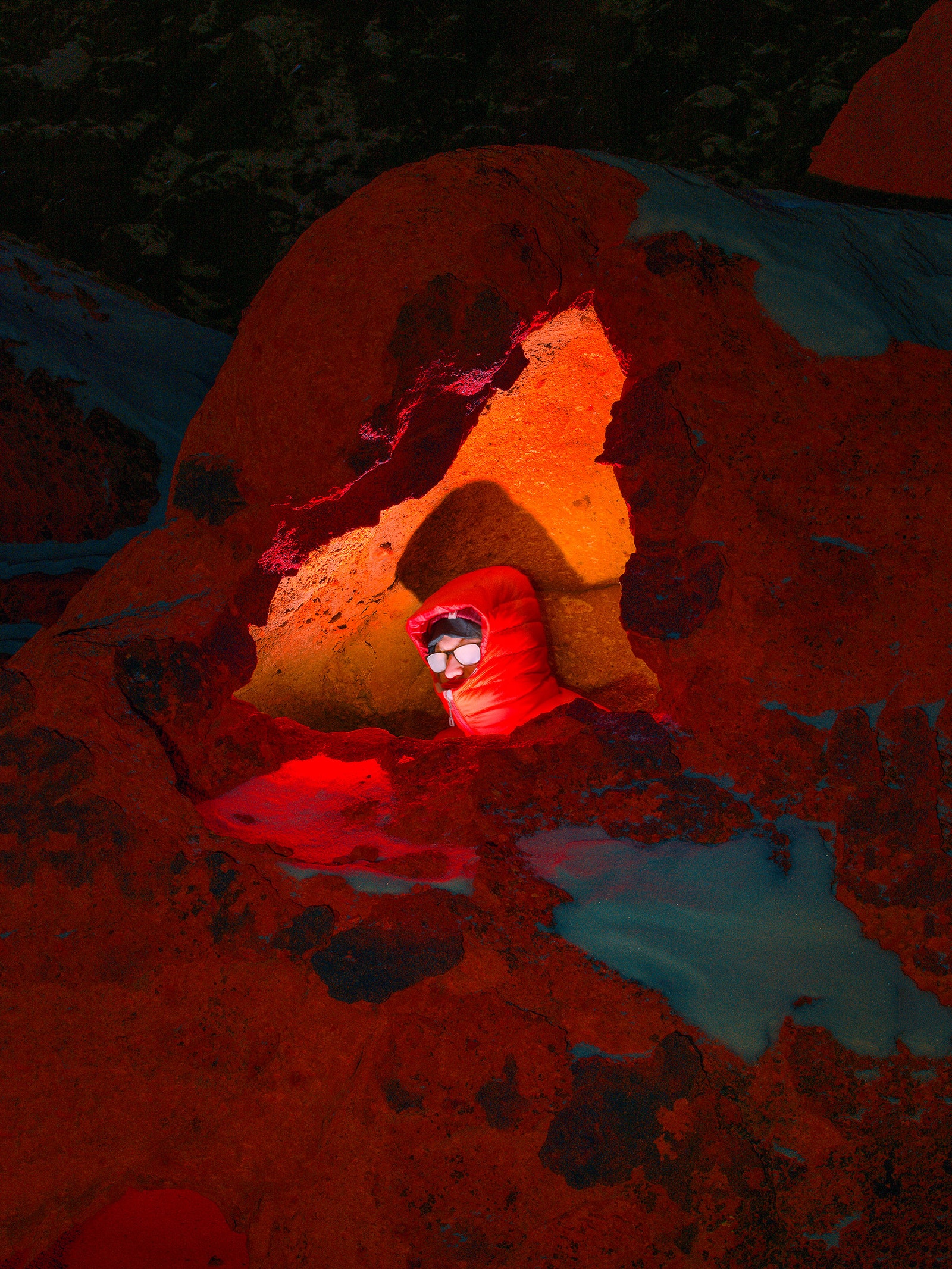 The photographer’s assistant inside a cave in Nevada’s Painted Hills.