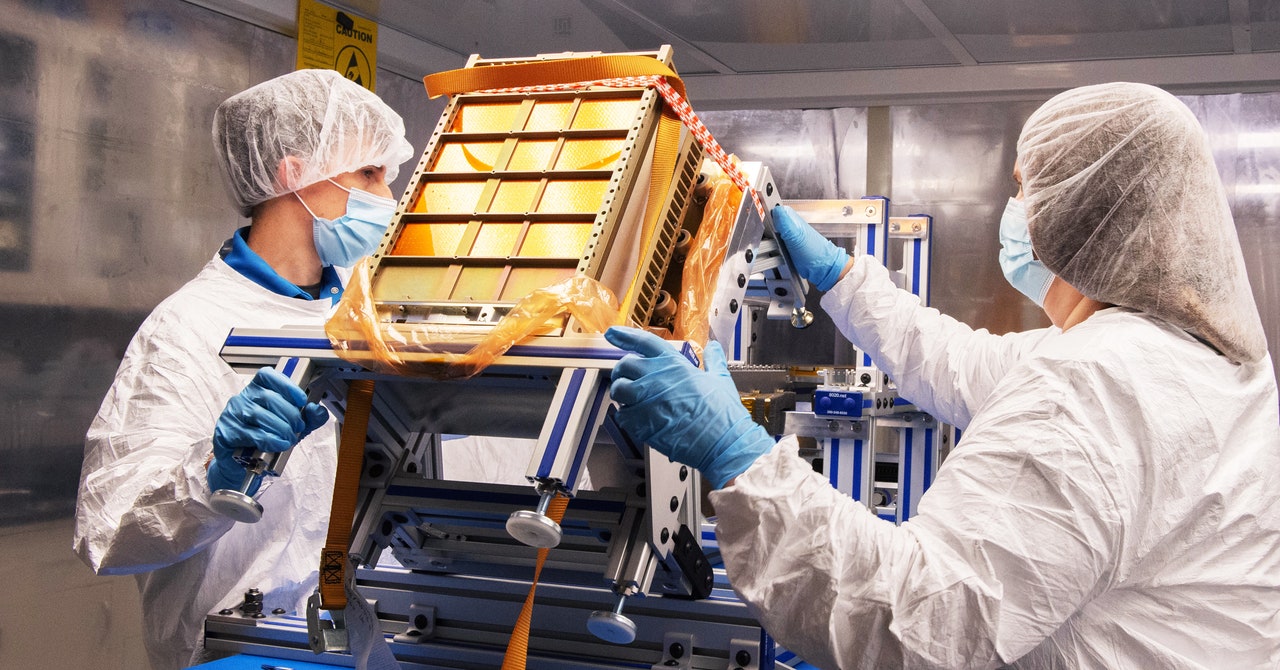 All eyes will be on the moon as the Artemis mission’s inaugural launch blasts toward our lunar neighbor in a couple of weeks, but the rocket won’t be the only new craft heading to space. After NASA’s Orion capsule separates from the Space Launch System (SLS) rocket, the SLS will deploy 10 tiny satellites, each about the size of a shoebox, which will then head off in different directions. The SLS will make for a deluxe ride into deep space for the probes, which researchers usually launch into low Earth orbit aboard much smaller rockets.

One of the miniaturized spacecraft, dubbed the Near Earth Asteroid Scout, will aim for a particularly distant target: It will swing past the moon en route toward a near-Earth asteroid, where it will take detailed images. The satellite will be propelled there by a sweeping solar sail. Despite its diminutive size, the NEA Scout, as it’s known for short, can do cutting-edge science while aiding the search for the kind of asteroid that future larger-class missions might want to visit.

“We want to image everything possible regarding the asteroid’s rotation, its size, its brightness, and its local environment,” says Julie Castillo-Rogez, a planetary scientist at NASA’s Jet Propulsion Laboratory and head of the NEA Scout science team. The spacecraft is equipped with a miniature yet top-of-the-line camera, similar in resolution to the one aboard NASA’s OSIRIS-REx, a much larger asteroid-probing craft. “It’s very capable, but very small,” she says.

NEA Scout and its nine comrades demonstrate the many possible uses of nanosatellites known as CubeSats. Each is made up of sets of cubes that measure about 4 inches on a side. While some CubeSats are composed of three units in a row, called 3U, the spacecraft aboard Artemis 1 are 6U.

The Capstone spacecraft, the first CubeSat launched as part of the Artemis program, is a 12U. Capstone launched in June and will scope out an orbit around the moon for the planned Lunar Gateway space station, which astronauts will assemble during future Artemis missions. All such satellites exploit miniaturized technologies and cram a battery, electronics, cameras, and other tools into an extremely compact space, enabling cheaper research than building larger spacecraft, which can cost hundreds of millions of dollars.

After the NEA Scout deploys from the SLS rocket, it will fly by the moon, and then slowly unfurl its solar sail several days later. Like everything else, the sail will initially be packed into a small box, fitting snugly into a third of the craft. But not for long. “As soon as we give that command, four metallic booms will pop open, pulling the sail off of a spool. It’s 925 square feet, roughly a school bus by a school bus,” says Les Johnson, head of the NEA Scout technology team at Marshall Space Flight Center.

The sail is coated with reflective aluminum that’s thinner than foil—like Saran Wrap but not sticky, Johnson says. Unlike a boat, the little spaceship’s sail will propel the craft when it catches rays of light, rather than gusts of wind. As light reflects off the sail, it gives up a little bit of energy, which is converted into an extra push on the sail and spacecraft.