Your deal flow is not diverse enough 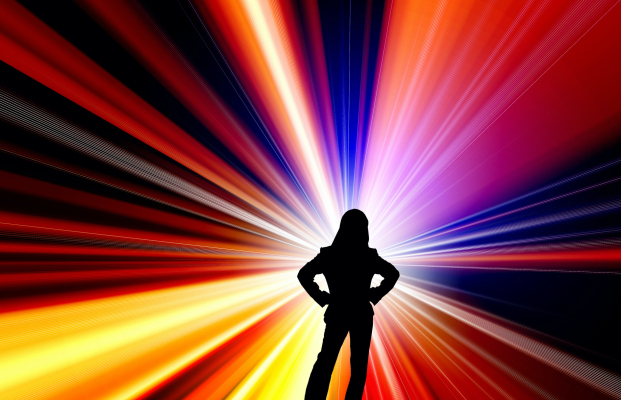 Michaela Villaroman is the Media Relations Coordinator for Seedstars.

In light of Women’s History Month, we’re taking a look at the status of gender diversity in investment portfolios because women remain underrepresented in the field of entrepreneurship. Let’s delve into the numbers — and why your deal flow may not be diverse enough.

There is an unmet need of $260 billion to $320 billion for women-owned company funding, according to a 2013 study conducted by the International Finance Corporation. A survey of women from 350 tech startups reinforced this: 72% of women respondents said that they faced difficulty attaining financial capital when they were starting their businesses and nearly 80% of them had to rely on personal funding. Furthermore, women founders receive less than 3% of all VC dollars.

The stark contrast between the ease of fundraising for men compared to women is apparent. Data show that men were four times as likely as women to access equity financing from angel investors or VCs (14.4% against 3.6%). The ease with which men tap into multiple sources for capital explains why they start companies with almost twice the capital of women founders on average.

There is an unmet need of $260 billion to $320 billion for women-owned company funding,

So, why is fundraising harder for women-led startups?

Women’s struggle to attain capital can perhaps be explained by looking into the diversity in fund management firms. Fund managers’ lack of diversity ultimately contributes to the resulting funding inequality when it comes to their portfolios. Data from Women in VC show that only 5.6% of U.S. VC firms are women-led and only 4.9% of VC partners in the U.S. are women.

“Empowering women and people of color to drive the investment strategy of venture firms is the fastest and most effective course correction” for the lack of gender-diverse portfolios, the Women in VC report said. “Venture investors have extraordinary power to impact broader society norms. They decide what founders get funded, what businesses stand a chance at success, and what products get brought to market. These things, in turn, exert a determining influence on our culture.”

Investors must address the diversity issue within their ranks first; they must be aware of the existing unconscious bias and take extra actions toward improving their efforts in actively trying to source and invest in women-led startups.

Why is diverse deal flow important?

Diversifying an investment portfolio to include more women-led ventures means trusting in the leadership of women, which research has shown to be worth believing in. A 2012 study of company performance showed that more than 150 listed German firms excelled when they had at least 30% women representation on their executive boards.

Even more interesting, another study argues that women make better board directors than men. The findings revealed that women are more effective at accounting for multiple competing interests, solving problems creatively and building consensus. By comparison, male directors often made decisions based on rules, regulations and tradition.

Undeniably, companies managed by effective women leaders are set to provide a lucrative return on investment. Roy Adler, a Fulbright scholar and professor of marketing at Pepperdine University, conducted a 19-year study that found a correlation between companies with the best record of promoting women to senior positions and higher profitability — between 18% to 69% higher than the median Fortune 500 companies in their respective industries.

While the numbers prove that the financial returns can be promising, the bigger impact and importance of investing in gender diversity is the overall economic growth and prosperity that follows. Increasing opportunities for women entrepreneurs sets off a domino effect that local and global markets can benefit from.

McKinsey estimated that if total gender equality was achieved, the global gross domestic product (GDP) could be increased by up to $28 trillion globally by 2025. In fact, by not investing in women, the downsides prove to be quite massive. A study by the United Nations showed that the Asia-Pacific region, including China and the United States, loses at least $42 billion annually in GDP by not fully engaging women’s participation in their economy.

Seedstars, the Swiss investment holding group that focuses on investing in high-growth tech companies from emerging markets, provides a more in-depth view of the benefits of developing women entrepreneurship, specifically in developing countries.

The numbers make it evident that gender diversity is underutilized but highly valuable. In Melanne Verveer and Kim K. Azzarelli’s book “Fast Forward,” experts weigh in on the topic of gender inclusivity.

“The biggest destroyer of wealth creation is patriarchy,” Pax World Funds CEO Joseph Keefe said. “It’s not just up to women to ‘lean in.’ Shareholders seeking better returns would do well to lean on companies to appoint and promote more women.”

“Women remain hugely underrepresented at positions of power in every single sector across this country,” Barnard College president Debora Spar noted. “We have fallen into what I call the 16% ghetto, which is that if you look at any sector, be it aerospace engineering, Hollywood films, higher education or Fortune 500 leading positions, women max out at roughly 16%. That is a crime, and it is a waste of incredible talent.”

Taking active measures to ensure that we are fully including women is necessary to make an impact. Since 2018, Seedstars has been actively working on gender equity within its core activities, highlighted in the group’s theory of change, such as sourcing of ventures, capacity-building programs and investment activities.

To date, Seedstars has supported more than 600 women-led enterprises and invested in 14 businesses co-founded by women. Additionally, Seedstars is working on gender equity when it comes to mentors, jury members and training delivery experts. Recent numbers show that about 30% of all Seedstars program participants are women, a number that Seedstars is proud to have increased over the past years (2018 numbers were more around 20%, depending on the region) and is committed to increasing that figure in the coming years.

Through the combined efforts of our own initiatives and those from investors who do their part in promoting gender diversity, the world is bound to reap the benefits of investing in what is proving to be one of the most powerful demographic groups the world is yet to fully embrace.

Recognizing the issue is the first step to solving any problem. The increase in awareness and action is sure to bring forth important development that makes the future brighter for women entrepreneurs everywhere.