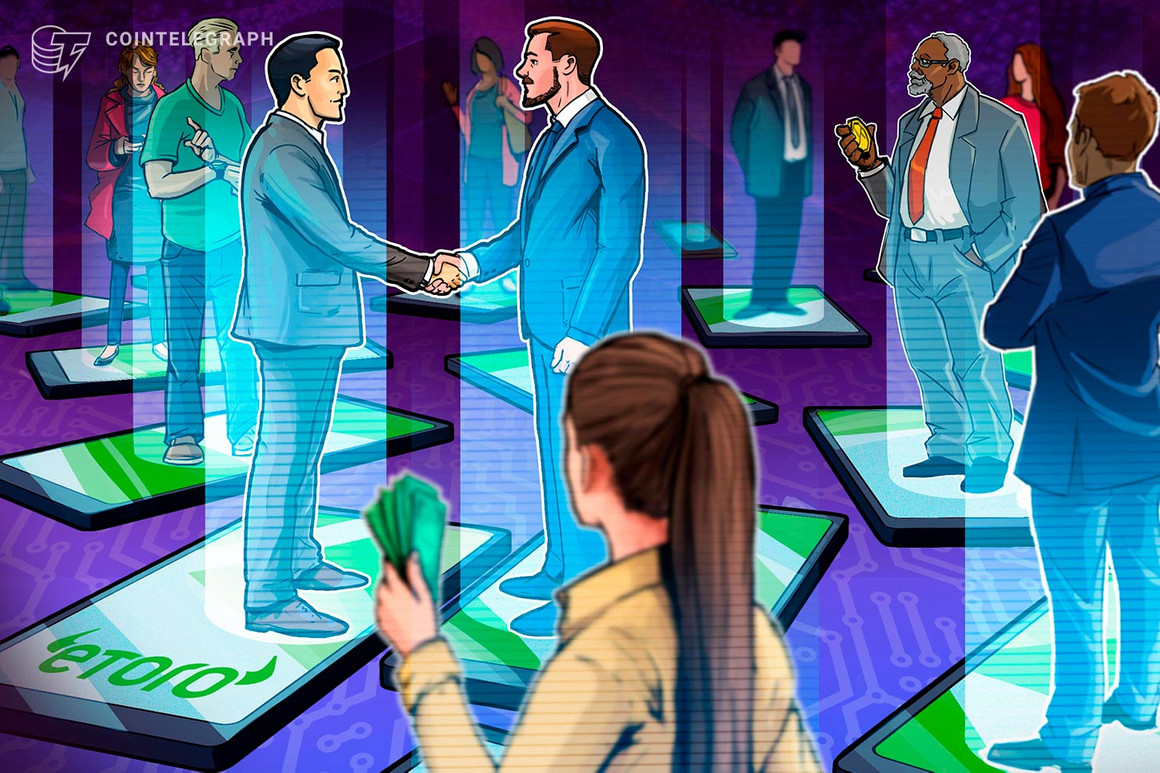 Crypto-friendly trading platform eToro appears to be making firm moves toward achieving its goal of going public in the United States.

According to a press release issued on Tuesday, eToro is in talks with FinTech Acquisition Corp V — a special-purpose acquisition company, or SPAC, owned by veteran Philadelphia banker Betsy Cohen — toward a $10 billion merger.

Both companies are looking to raise equity to the tune of about $650 million to facilitate the deal. Softbank Vision Fund 2 and Fidelity Management and Research Company are among the investors slated to participate in this equity raise.

Fintech V also reportedly holds about $250 million as cash in trust raised back in December 2020. Thus, pending any redemptions from FinTech V shareholders, the company formed by the merger will hold $800 million as net cash reserves on its balance sheet, which the principal executives say will be earmarked toward future growth plans.

As previously reported by Cointelegraph, eToro has been rumored to be mulling a public listing in the United States. At the time, there was some speculation about a possible initial public offering before the end of the second quarter of 2021.

EToro is now the latest firm involved in cryptocurrencies to be in talks regarding a merger with a SPAC in the United States. Earlier in 2021, Intercontinental Exchange-owned Bitcoin (BTC) futures platform Bakkt was reported to be working toward a $2.1 billion SPAC merger.

Apart from being a regulated entity in Europe, Australia, Gibraltar and the United Kingdom, eToro also received a broker-dealer license from the U.S. Financial Industry Regulatory Authority back in 2019.

Since starting with Bitcoin trading via contracts for differences back in 2013, eToro has expanded its crypto exchange service to include other cryptocurrencies like Ether (ETH) and Litecoin (LTC). According to CEO Yoni Assia, crypto trading on eToro grew 25-fold year-on-year in 2020.

Following a lawsuit filed by the U.S. Securities and Exchange Commission against Ripple, the social trading platform delisted XRP from its crypto offerings in December 2020.