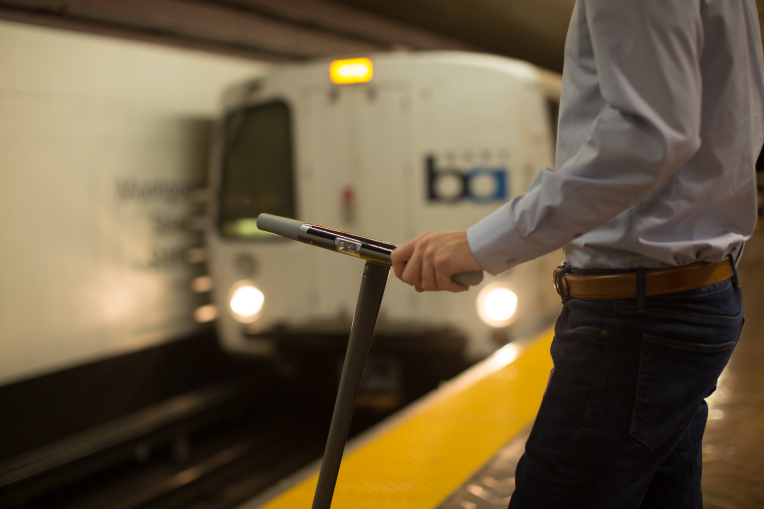 Unagi, the startup behind the portable, design-centric electric scooters, is launching its subscription service to six more U.S. cities in an expansion fueled by $10.5 million in funding.

The startup, launched in late 2018 by former Beats Music CEO David Hyman and Mog co-founder, said Wednesday it is bringing its subscription service to Austin, Miami, Nashville, Phoenix, San Francisco and Seattle. Unagi will also be expanding its service in New York and L.A. metropolitan regions, including all five NYC boroughs, Long Island, Westchester and Northern New Jersey, as well as the Westside, Southeast L.A., the San Fernando Valley and Orange County.

All together, these areas represent a market of about 30 million potential consumers. The Series A funding round is led by the Ecosystem Integrity Fund with participation from Menlo Ventures, Broadway Angels and Gaingels, among others.

Unagi might not be the only scooter company to ever offer a subscription service. It is quickly becoming the best known and the one with the biggest reach in the United States. Bird launched a similar offering in 2019, but has gone quiet about it.

Dubbed by TechCrunch as the “iPhone of scooters” a couple of years ago, Unagi is offering its Model One electric scooter with a dual motor for $49 per month. The aim is to make the scooters accessible to a wider populace that might not want to shell out the $990 to own one outright. Sales of the sleek, sturdy and incredibly lightweight scooters have skewed heavily towards men over 35 years of age, according to Hyman. Unagi’s subscription service, on the other hand, caters more towards the Millennial yuppie who likes nice things but doesn’t like commitment.

“Our market is purely urban, and our internal corporate mantra is: If you can’t carry our scooter up a three-story walk up, then it’s not something we want to do,” Hyman told TechCrunch. “I think there’s a generation of consumers that prefer access over ownership and don’t want the responsibility and the maintenance concerns.”

This is the same generation that grew up on kick scooters and thus intuitively know how to ride the scooters they’re seeing on the street, which partially explains some of the mighty success e-scooters have seen in recent years, said Hyman.

The global electric scooter market is expected to grow around 8% per year over the next decade, reaching $42 billion by 2030. Based on research conducted by Unagi and Berkeley Haas School of Business, Hyman predicts sharing will account for a third of the total e-scooter market, with ownership and subscription taking up the remainder. He said the subscription model is more attractive than the shared model because it doesn’t entail hunting for an available scooter, or wondering if the last rider coughed Rona germs all over it once you do find it.

Unagi’s pitch is to create a hassle-free experience with upfront pricing and the ability to cancel a subscription anytime. The monthly fee covers the cost of maintenance and insurance for lost, stolen or damaged scooters. There are some stipulations though. Customers are locked into a three-month minimum and have to pay a $50 set up fee.

Hyman said he thinks it’ll take some time for the subscription model to ramp up, but once it does, it will be Unagi’s primary revenue driver. From 2019 to 2020, Unagi grew 450% with demand for subscription scooters in the pilot cities going “off the charts,” according to Hyman, but he declined to provide numbers for scaling those charts.

“I actually think the pandemic only hurt us because one of the primary use cases for our product is commuting,” said Hyman in response to a query about an eventual plateau of e-scooter craze if a vaccinated populace gets back to its regular commuting styles.

The scooters weigh about 26 pounds and can balance on either wheel when folded. On a single charge, they can take you eight to 15 miles, depending on your weight and whether you’re cruising on one motor or blasting past the clunky ride-share scooters with both motors.

The subscription model here works well alongside e-scooter sales because it allows for scooters to be repurposed. Subscribers aren’t guaranteed new scooters. They’re more likely to get one that’s certified pre-owned. And because Unagi is committed to building with high-end materials, the company says regular maintenance keeps scooters alive for an expected three to five years.

Hyman, who has a track record of creating subscription business models, like the MOG music subscription that eventually turned into Apple Music, has personal reasons for offering Hardware as a Service in the form of electric scooters. He lived in Amsterdam for three years, where biking is far more commonplace than driving.

“Considering how many commutes are under three miles, the fact that there are so many cars in cities is ridiculous,” said Hyman. “We are hell-bent on getting cars out of cities.”