5 trends in the boardrooms of high-growth private companies 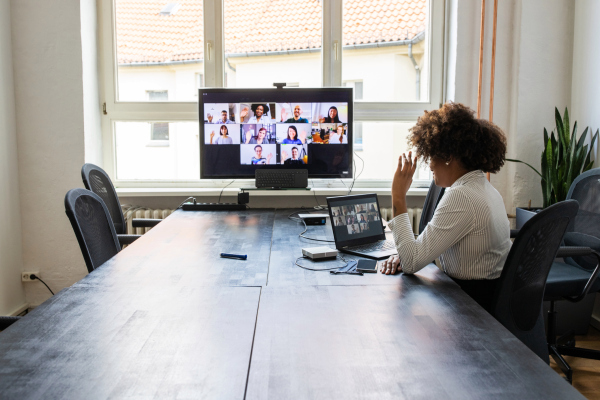 Ann Shepherd is co-founder of social impact venture Him For Her. She serves on the board of fintech startup HoneyBook.
More posts by this contributor

Jocelyn Mangan is the founder and CEO of social impact venture Him For Her. She serves on the boards of ChowNow and Papa John’s.

“Your board will never be the same.”

With that prediction, Nigel Travis, board director and former CEO of Dunkin’ and Papa John’s, kicked off a recent discussion about the future of corporate governance with chief executives and current and aspiring board members.

Just as countless aspects of corporate life have been reshaped over the course of the last year, boards of directors are undergoing significant and lasting transformation. Through our conversations with more than 500 business leaders and work on nearly 300 board searches over the last year, as well as findings from our recent board benchmarking study, we’ve identified five trends in the boardrooms of the United States’ high-growth private companies.

1. Board diversity is imperative

Historically, board members have been tapped from the personal networks of those already in the boardroom. This approach optimizes for trust and convenience at the expense of diversity.

We expect to see continued improvement when it comes to racial and ethnic diversity in the years ahead.

As pressure to diversity the boardroom mounts and societal challenges underscore the risks of the all-male board, companies are starting to take a more inclusive approach to board design. They are reaching outside their networks to appoint women and people of color, discovering that it’s not a pipeline problem — it’s a network problem. In one year’s time, the percentage of late-stage private companies with all-male boards declined from 60% to 49%.

While that’s progress, the fact that nearly half of the most heavily funded venture-backed companies lack a single woman on the board underscores the enormous work still to be done. Today, only 11% of high-growth private company board seats are held by women and only 3% by women of color.

However, we expect to see continued improvement when it comes to racial and ethnic diversity in the years ahead. Demand for Him For Her referrals to female board candidates nearly quadrupled in that last quarter of 2020 compared with a year prior, and among the new directors appointed, a quarter identify as Black or African American.

2. Source candidates from across the entire C-suite

When seeking independent directors, boards have traditionally favored CEO experience. Given the gender imbalance among CEOs, preference for that title instantly tips the scales in favor of male candidates.

As boards look to add women, many have discovered the value of taking a more strategic approach to defining criteria for the next director. Instead of relying on the CEO title as a proxy for the desired qualities, boards now conduct a gap analysis, identifying the mix of key competencies that would be most valuable.

The result: a rich pipeline of executive operators who contribute strategic perspective combined with cutting-edge best practices. In addition to CFOs ready to chair an audit committee, we’ve had requests for operators with go-to-market expertise, product leaders known for driving innovation, and people officers who know how to build corporate culture. We’ve even helped companies seeking, for example, business-savvy doctors, nurses and law-enforcement officers to bring the voice of their customers into the boardroom.

As CEOs look to add diversity and operating expertise to their boards, many are adding independent directors at an earlier stage. How early? “It’s never too early to have an independent director on the board,” according to Brad Garlinghouse, CEO of Ripple, where the first independent was appointed only a year after the company’s founding.

Over the last year, the percentage of the heavily funded private companies with at least one independent director grew from 71% to 84%, and the percentage of board seats held by independents grew from 20% to 25%, according to the 2020 Study of Gender Diversity on Private Company Boards. Among the board searches we’ve conducted for privately held companies, more than 40% were Series B or earlier.

4. The board Zoom is here to stay

The pandemic drove boards onto screens, but even when health risks are mitigated, many will continue to convene virtually at least some of the time. The last year has caused companies to rethink the role of the physical office, and the importance of the physical boardroom is getting new scrutiny. Though most CEOs and directors will still favor in-person attendance for formal board meetings, we expect a new tolerance for remote participation and an increase in ad-hoc virtual meetings.

Beyond reduced travel and ease of scheduling, there’s a hidden benefit to virtual meetings that leaders would be wise to exploit: the reduced opportunity cost of more attendees. The impact of “another body in the boardroom” has long been an argument against allowing company executives to attend board meetings. We expect that, with a virtual format, CEOs will take advantage of the development opportunity to expose more of their leaders to board discussions.

On the flip side, virtual meetings require a more conscious effort to build relationships. Boards will need to balance the convenience of virtual meetings with the value of in-person interactions in building rapport and fostering collaborative decision-making.

Propelled by increasing pressure in the public markets and by the growing number of consumers who make value-based purchasing decisions, private company boards will give sustainability more overt consideration in their decision-making. In his annual letter, BlackRock CEO Larry Fink pointed to evidence of a “sustainability premium” for companies that outperform their industry peers on ESG measures. As public companies standardize on metrics and disclosure around ESG performance, that discipline will extend into the boardrooms of companies that aim to compete in the global marketplace.

Private companies drive innovation in nearly every corner of the economy, yet their boardrooms have remained remarkably unchanged over the last several decades. We expect that 2020 will prove to be an inflection point in corporate boardrooms; this period of board transformation will be defined by increased diversity and inclusion and a growing emphasis on sustainable value creation. As these initiatives take root, beneficiaries will include not just the companies and their investors, but employees, customers, suppliers and society at large.