Covid Spilled From Animals to Humans. Now It’s Spilling Back 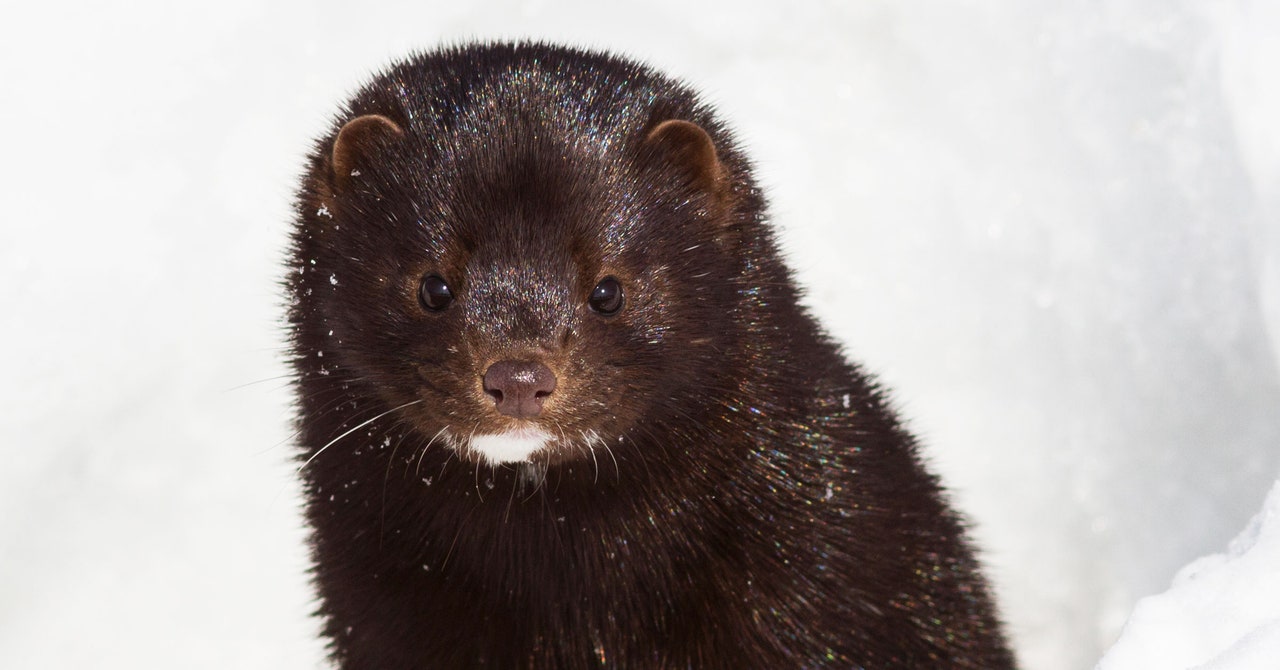 By then, five more European Union nations, plus Canada, had also recorded cases on mink farms—but they were no longer the only places affected. In August, the coronavirus was identified in minks on fur farms in Utah, and by October 10,000 of them had died. By December, the virus had also invaded farms in Michigan, Oregon, and Wisconsin. (Unlike in Europe, American fur producers did not kill their minks.)

The original spillover had been the initial transfer from bat to mystery animal to humans. The spillback went the other way, from humans back into animals—into hundreds of thousands of members of a different species than the ones that had previously given the virus a place to adapt. That many minks, living in close quarters, could provide SARS-CoV-2 with a huge opportunity to mutate in unpredictable ways. By the end of last year that possibility was confirmed. Among Danish mink, a viral variant appeared that possessed a cluster of mutations not recorded before, changes that allowed the virus to evade some of the immune protection conferred by neutralizing antibodies.

Spillback feels inherently troubling—but it might not be a public health danger if a virus moves back into an animal population but doesn’t spread further from there. An investigation in the Netherlands last summer found a small number of farm workers carrying versions of the virus that, on genomic analysis, had clearly passed through the minks first. Minks on those farms, stressed by confinement and crowding, might be uniquely vulnerable to the virus, and therefore they and their handlers together might form a unique hotspot. Anticipating that, two European health agencies recommended early this month that farmed mink and farm workers undergo regular frequent testing to see which viruses might be circulating on farms.

But what if the virus passed not between one confined species and its handlers but into wild members of that species or other unrelated ones? That scenario haunts veterinarians and public health officials, and it may have come to pass.

In December, the USDA found the virus in a wild mink in Utah that was trapped near a fur farm. Presumably, it acquired the virus by coming into contact with the minks held on the farm, or with farm debris, or even with an escaped animal; USDA officials said no other wildlife trapped and tested in the area were carrying the virus. But the possibility that other wild species could acquire the virus troubles scientists. That could include ones that are closely related to minks (like ferrets), other animals in the same family (such as weasels or otters), or even unrelated ones.

“This is something we have to be very concerned about, and not only because it could establish an alternative reservoir that could then be a source for humans,” says Raina Plowright, a disease ecologist and veterinarian, and associate professor at Montana State University. “In every reservoir, there are going to be different selective pressures on the pathogen, so the virus will evolve in different ways to overcome whichever barriers are present within that species. If we started to have coronavirus circulating in different species, all having slightly different genotypes, then we also have the possibility for new coronaviruses emerging that may be sufficiently different from the current one that they may evade vaccine-induced immunity.”

Those alternative hosts might be bats, the coronaviruses’ apparent original home. Last September, a team of researchers from several institutions estimated that up to 40 species of North American bats might be susceptible to infection and could serve as viral reservoirs. It also might mean nonhuman primates: Johnson, whose NIH-funded project works in South America, worries about possible viral traffic between humans and forest-dwelling monkeys.