How to Kill a Zombie Fire

That’s because deluging a zombie isn’t guaranteed to quickly kill it. Say you’re pumping massive quantities across a peatland, like firefighters did in North Carolina. That doesn’t mean the water is getting to the right places as it trickles underground. “It creates a channel, and the fire in that channel is suppressed, but then the water doesn’t go anywhere else,” Rein says. Other parts of the fire can fester untouched. And so the zombie lives on. 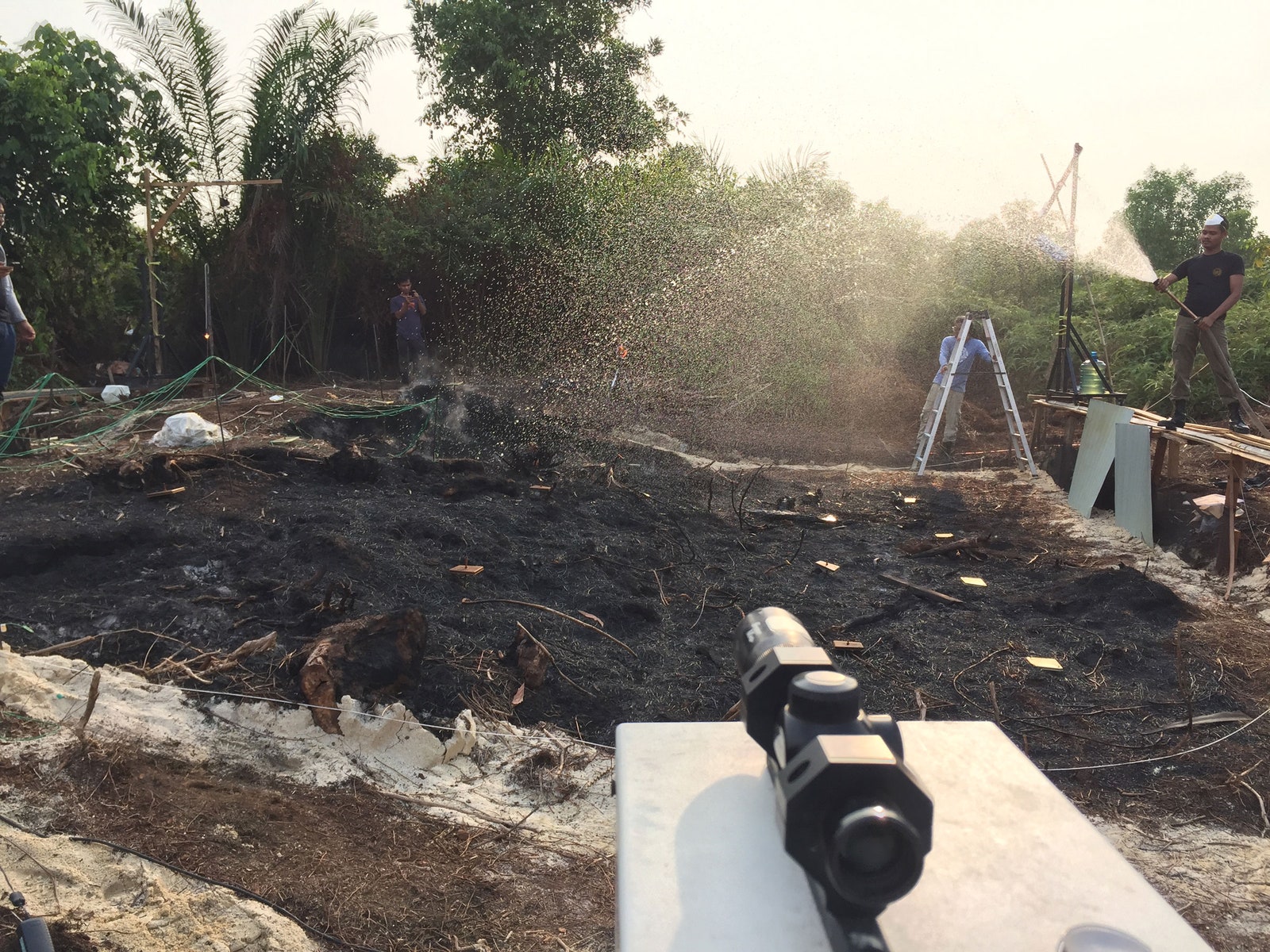 Suppression of the experimental peat fire

If firefighters don’t have enough water at their disposal, they may try compacting the soil with heavy machinery in a bid to cut off the fire’s oxygen supply. But that equipment is not always available to a crew. Even then, such a maneuver is dangerous work, since it requires driving over an active fire. Also, these fires can be huge, and heavy machinery can only cover so much ground.

So in the lab, Rein and his colleagues experimented with a novel anti-zombie weapon: water mixed with a nontoxic, readily available fire-extinguishing surfactant, also known as a wetting agent or suppressant. “It’s a little bit actually like soap—it just reduces the surface tension of the water and allows the water to penetrate better into a porous medium,” says Rein. “Peat is a porous medium.”

Using a small, custom-built “peat reactor,” which was stuffed with the plant material and lined with ceramic insulators, they could set a zombie fire and monitor it as it burned. Above the box they situated a nozzle to spray either regular water or their special blend on different fires. Compared to the same amount of plain water, the water with surfactant cut the time needed to extinguish the blaze by 40 percent. Thanks to that decreased surface tension, instead of creating channels, the mixture more uniformly penetrated the soil, so little patches of zombie fire had nowhere to hide.

Material in the peat reactor shrugs off regular water over the course of six hours.

It wasn’t that the surfactant had some sort of chemical effect on the fire—for instance, by decreasing oxygen levels. Instead it was more of a thermal effect, “in the sense that the surfactant allows the water to reach more hot spots and reach them faster,” says Rein.