A New Snapshot of a Black Hole Reveals Its Mysterious Physics 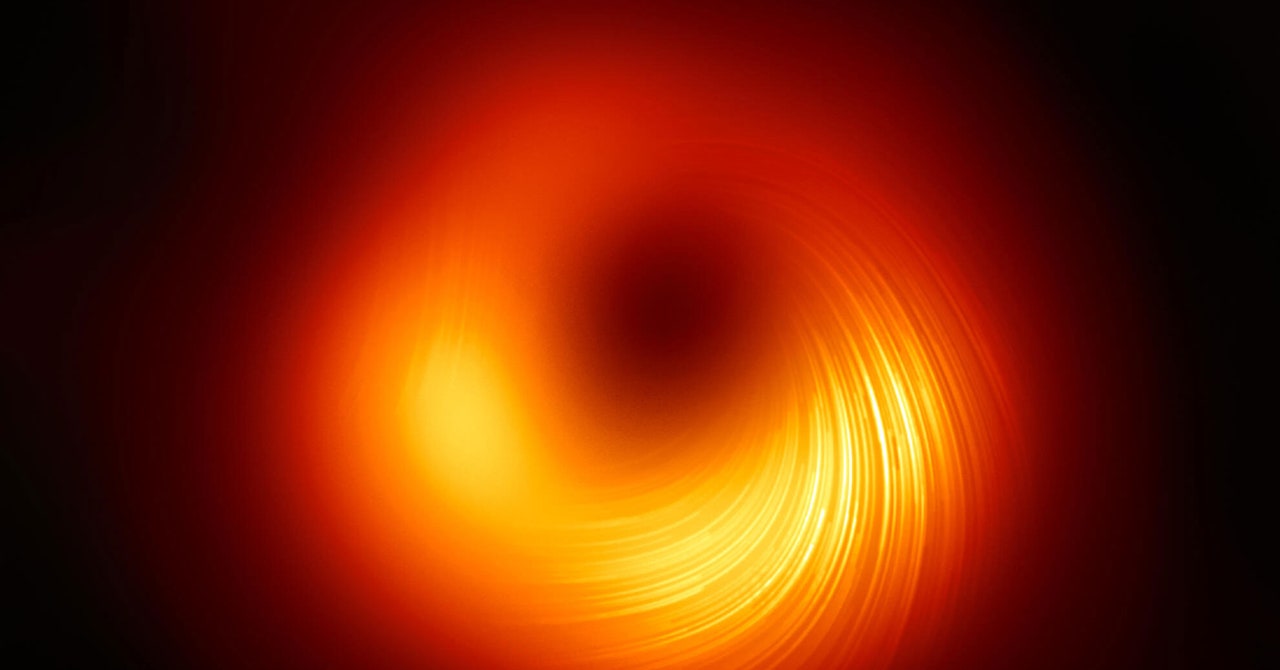 Two years ago, the Event Horizon Telescope (EHT) made headlines with its announcement of the first direct image of a black hole. Science magazine named the image its Breakthrough of the Year. Now the EHT collaboration is back with another groundbreaking result: a new image of the same black hole, this time showing how it looks in polarized light. The ability to measure that polarization for the first time—a signature of magnetic fields at the black hole’s edge—is expected to yield fresh insight into how black holes gobble up matter and emit powerful jets from their cores. The new findings were described in three papers published in The Astrophysical Journal Letters.

“This work is a major milestone: The polarization of light carries information that allows us to better understand the physics behind the image we saw in April 2019, which was not possible before,” said coauthor Iván Martí-Vidal, coordinator of the EHT Polarimetry Working Group and a researcher at the University of Valencia, Spain. “Unveiling this new polarized-light image required years of work due to the complex techniques involved in obtaining and analyzing the data.”

Multiple imaging methods produced the first direct image ever taken of a black hole at the center of an elliptical galaxy. Located in the constellation of Virgo, some 55 million light years away, the galaxy is called Messier 87 (M87). The collaboration’s findings were published on April 10, 2019, in six different papers featured in The Astrophysical Journal Letters. It’s a feat that would have been impossible a mere generation ago, made possible by technological breakthroughs, innovative new algorithms, and of course, connecting several of the world’s best radio observatories. The image confirmed that the object at the center of M87 is indeed a black hole.

However, what was lacking was insight into the process behind the powerful twin jets produced by the black hole gobbling up matter, ejecting a portion of the material falling into it away at nearly light speed. (The black hole at the center of our Milky Way is less ravenous, i.e., relatively quiet, compared to M87’s black hole.) For example, astronomers don’t yet agree about how those jets get accelerated to such high speeds. These new results place additional constraints around the various competing theories, narrowing the possibilities.

In much the same way that polarized sunglasses reduce glare from bright surfaces, the polarized light around a black hole provides a sharper view of the region around it. In this case, the polarization of light isn’t due to special filters (like the lenses in sunglasses) but the presence of magnetic fields in the hot region of space surrounding the black hole. That polarization enables astronomers to map the magnetic field lines at the inner edge and to study the interaction between matter flowing in and being blown outward.

“The observations suggest that the magnetic fields at the black hole’s edge are strong enough to push back on the hot gas and help it resist gravity’s pull. Only the gas that slips through the field can spiral inwards to the event horizon,” said coauthor Jason Dexter of the University of Colorado, Boulder, who is also coordinator of the EHT Theory Working Group. That means that only theoretical models that incorporate the feature of a strongly magnetized gas accurately describe what the EHT collaboration has observed.