For VC Hans Tung, the personal becomes public in a growing campaign to ‘stop Asian hate’ 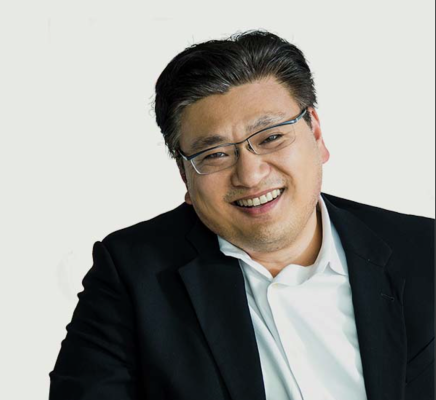 Longtime venture capitalist Hans Tung is a big guy. His size might just be lifesaving.

A first-generation Taiwanese-American who came to the U.S. and to LA specifically in 1984, it was a fraught time for the then 14-year-old. Two years earlier, a 27-year-old, Chinese-American draftsman named Vincent Chin was beaten to death in Detroit by a Chrysler plant supervisor and his stepson, a laid-off autoworker, who reportedly believed that Chin was of Japanese descent and were angry over the growing success of Japan’s auto industry. He was killed the night of his own bachelor party.

Anti-Asian sentiment may have seemed to lessen over the following decades, but it has still remained constant, and Tung as been on the receiving end of it, he says. “Growing up, I faced my share of taunts, of racial epithets, whether it was in California or Boston or New York. I’m fortunate that I’m over 6’4″ tall and weigh more than 200 pounds,” or he might be physically harassed at some point, too.

Tung has never been more mindful of his dimensions than now, with anti-Asian sentiment abruptly worsening last year based on political rhetoric about the coronavirus. “As COVID broke out in China, we knew that Asian Americans would be blamed,” says Tung, who flies back and forth to China routinely for work as a managing director with the cross-border investment firm GGV Capital. “We saw this with SARS, too, but it wasn’t as big a pandemic, so people were being harassed and not killed.”

Anecdotally, Tung believes life is more dangerous right now for Asians in the U.S. based on conversations with friends and family members and the worrisome headlines to emerge of elderly individuals in particular being beaten on the streets of San Francisco and Oakland and on New York subways and outside of Times Square, as happened on Monday when a 65-year-old woman was viscously attacked in a scene that was filmed by an onlooker and has provoked national outrage.

The numbers back him up. From 2019 to 2020, overall hate crime rate declined while hate crimes targeting Asians increased, as first reported by NBC and based on analysis released by the Center for the Study of Hate and Extremism at California State University, San Bernardino. Overall, its examination revealed that while such crimes decreased overall by 7% last year, those targeting Asian people rose by nearly 150%, with the biggest surge in New York, where anti-Asian hate crimes rose from three in 2019 to 28 last year, an 833% increase.

With those numbers seemingly continuing to climb in 2021, Tung and his partners at GGV Capital decided to take action two weeks ago, quickly settling on what they do best, which is to respond to the rising violence with their financial muscle and network. A first step was publicly offering to match $100,000 in donations to organizations that support the AAPI (Asian American and Pacific Islander) communities. GGV’s move was almost immediately matched by other investors and founders eager to help, including Jeremy Liew of Lightspeed Venture Partners and Eric Kim and Chi-Hua Chien of Goodwater Capital, who are also matching up to $100,000 in donations.

Fast-forward and Tung says that 11 days into GGV’s de facto Twitter campaign, roughly $5 million in donations have now been made by more than 175 founders (including Jen Rubio, Stewart Butterfield and Eric Yuan) and members of more than 30 venture firms in a kind of partnership that is “rare to see in the VC community,” Tung notes.

It’s a great start, says Tung, who is among the 15% of Asian-Pacific Islanders who are partners at U.S. venture firms, according to National Venture Capital Association figures.

At the same time, he notes that the problem is ongoing and that more resources — which everyone is sending on an individual basis to a variety of Asian-American community groups that are dealing with a spiking racism and its implications — are needed. Indeed, to help funnel donor interest in the right direction, GGV is recommending at least five organizations whose work it believes to be making an impact. These include Asian Americans Advancing Justice, Red Canary Song, GoFundMe Support the AAPI Community, Stop AAPI Hate and Compassion in Oakland.

Tung takes pains to note that GGV has been active in other campaigns, including AllRaise, the organization that’s bringing more gender equality to investment firms and to the board room. He says that his partners were also highly moved by the Black Lives Matter movement last spring, donating to the NAACP Legal Defense Fund and the Southern Poverty Law Center, among other organizations.

He says that earlier movements — including an effort by investor Ryan Sarver of Redpoint last year to help both front-line workers and restaurant workers by devising a way for donors to “buy” chef-made meals for hospital staff — have been experiences from which he has learned.

One of those lessons is that when something is close enough to one’s heart, it’s worth the risk of being perceived as a “VC who is showing off” if it moves the needle.

In this case, says Tung, “so many of these crimes are treated as individual incidents and not as hate crimes,” which come with more severe penalties, he is determined to raise awareness and visibility into the matter, even if it means making himself more vulnerable about his own experience than he might be fully comfortable.

“When it comes to Asian hate, it’s such a personal matter,” he says.