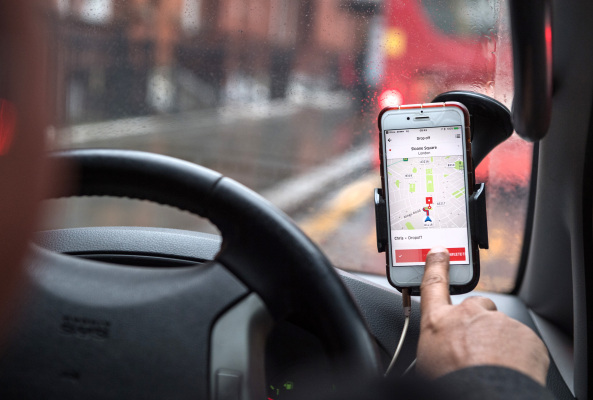 Labor activists challenging Uber over what they allege are ‘robo-firings’ of drivers in Europe have trumpeted winning a default judgement in the Netherlands — where the Court of Amsterdam ordered the ride-hailing giant to reinstate six drivers who the litigants claim were unfairly terminated “by algorithmic means”.

The challenge references Article 22 of the European Union’s General Data Protection Regulation (GDPR) — which provides protects for individuals against purely automated decisions with a legal or significant impact.

The activists say this is the first time a court has ordered the overturning of an automated decision to dismiss workers from employment.

However the judgement, which was issued on February 24, was issued by default — and Uber says it was not aware of the case until last week, claiming that was why it did not contest it (nor, indeed, comply with the order).

It had until March 29 to do so, per the litigants, who are being supported by the App Drivers & Couriers Union (ADCU) and Worker Info Exchange (WIE).

Uber argues the default judgement was not correctly served and says it is now making an application to set the default ruling aside and have its case heard “on the basis that the correct procedure was not followed”.

It envisages the hearing taking place within four weeks of its Dutch entity, Uber BV, being made aware of the judgement — which it says occurred on April 8.

“Uber only became aware of this default judgement last week, due to representatives for the ADCU not following proper legal procedure,” an Uber spokesperson told TechCrunch.

A spokesperson for WIE denied that correct procedure was not followed but welcomed the opportunity for Uber to respond to questions over how its driver ID systems operate in court, adding: “They [Uber] are out of time. But we’d be happy to see them in court. They will need to show meaningful human intervention and provide transparency.”

Uber pointed to a separate judgement by the Amsterdam Court last month — which rejected another ADCU- and WIE-backed challenge to Uber’s anti-fraud systems, with the court accepting its explanation that algorithmic tools are mere aids to human ‘anti-fraud’ teams who it said take all decisions on terminations.

“With no knowledge of the case, the Court handed down a default judgement in our absence, which was automatic and not considered. Only weeks later, the very same Court found comprehensively in Uber’s favour on similar issues in a separate case. We will now contest this judgement,” Uber’s spokesperson added.

It also pointed to a separate development this week in the UK where it said the City of London Magistrates Court ordered the city’s transport regulator, TfL, to reinstate the licence of one of the drivers revoked after Uber routinely notified it of a dismissal (also triggered by Uber’s real time ID system, per WIE).

Reached for comment on that, a TfL spokesperson said: “The safety of the travelling public is our top priority and where we are notified of cases of driver identity fraud, we take immediate licensing action so that passenger safety is not compromised. We always require the evidence behind an operator’s decision to dismiss a driver and review it along with any other relevant information as part of any decision to revoke a licence. All drivers have the right to appeal a decision to remove a licence through the Magistrates’ Court.”

The regulator has been applying pressure to Uber since 2017 when it took the (shocking to Uber) decision to revoke the company’s licence to operate — citing safety and corporate governance concerns.

Since then Uber has been able to continue to operate in the UK capital but the company remains under pressure to comply with a laundry list of requirements set by TfL as it tries to regain a full operator licence.

Commenting on the default Dutch judgement on the Uber driver terminations in a statement, James Farrar, director of WIE, accused gig platforms of “hiding management control in algorithms”.

“For the Uber drivers robbed of their jobs and livelihoods this has been a dystopian nightmare come true,” he said. “They were publicly accused of ‘fraudulent activity’ on the back of poorly governed use of bad technology. This case is a wake-up call for lawmakers about the abuse of surveillance technology now proliferating in the gig economy. In the aftermath of the recent UK Supreme Court ruling on worker rights gig economy platforms are hiding management control in algorithms. This is misclassification 2.0.”

In another supporting statement, Yaseen Aslam, president of the ADCU, added: “I am deeply concerned about the complicit role Transport for London has played in this catastrophe. They have encouraged Uber to introduce surveillance technology as a price for keeping their operator’s license and the result has been devastating for a TfL licensed workforce that is 94% BAME. The Mayor of London must step in and guarantee the rights and freedoms of Uber drivers licensed under his administration.”

When pressed on the driver termination challenge being specifically targeted at its Hybrid Real-Time ID system, Uber declined to comment in greater detail — claiming the case is “now a live court case again”.

But its spokesman suggested it will seek to apply the same defence against the earlier ‘robo-firing’ charge — when it argued its anti-fraud systems do not equate to automated decision making under EU law because “meaningful human involvement [is] involved in decisions of this nature”.