BAL, the native cryptocurrency of Balancer — a popular automated market maker (AMM) utilized by many decentralized finance (DeFi) users to trade cryptocurrencies — surged to new record highs above $70 on April 15. 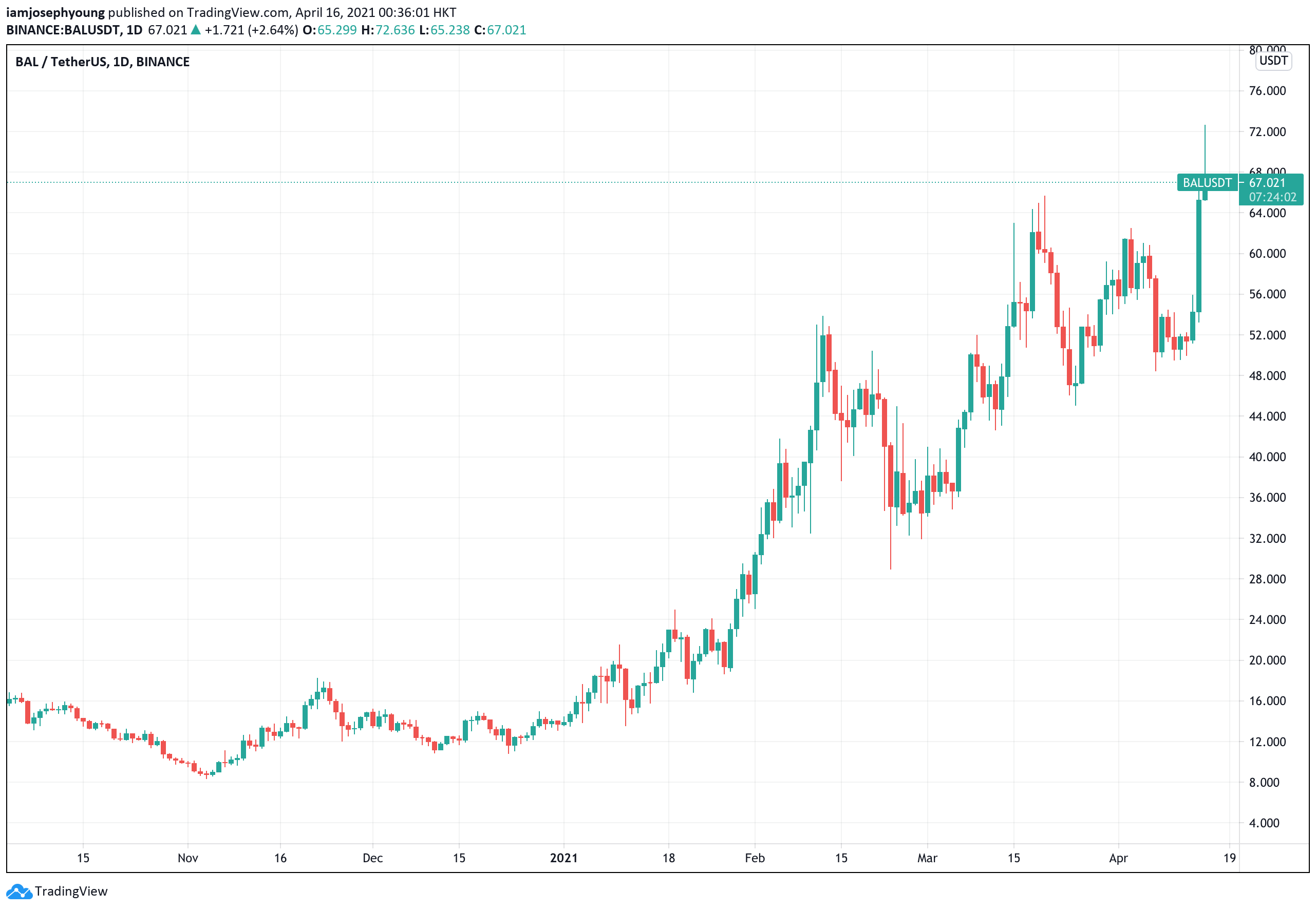 There are two key reasons behind the uptrend of BAL, namely the buzz around the Coinbase public listing and the resurgence of DeFi blue chips.

What is the Coinbase and Balancer hype?

On April 14, Adam Cochran, partner at Cinneamhain Ventures, said he believes BAL would likely be one of the primary beneficiaries of the Coinbase listing.

“My theory is that most of Coinbase’s new millionaires will be heavily repurchasing back into crypto over the next 72 hours. While I think most CB assets will pop, there is one asset that I think will out perform over the next month from CB and that is $BAL.”

The theory is based on a survey he ran with Coinbase employees worldwide leading up to the public listing.

According to Cochran, he received 108 responses from Coinbase employees on which asset they will likely buy in the next month.

Cochran said that outside of the major blue-chip assets, BAL was the main pick among the employees.

“I got 108 responses from employees world wide, asking them questions about their personal views of crypto. The main question being what assets they’d buy in the next 30 days. This graph tells us a number of interesting things, but I want to zoom in. The graph is sorted by market cap, and you’ll notice right at the very end, nestled among low marketcap projects is $BAL. It’s by far the lowest marketcap of any mainstream, working and bluechip product.”

Some questioned the focus on Balancer in the Twitter thread given that major cryptocurrencies, like Bitcoin (BTC), Ether (ETH), Uniswap’s UNI, and Compound’s COM had much higher interest from the surveyed employees.

Regardless, Balancer did see significantly higher purchase interest from employees among the mid-cap DeFi tokens.

Investors are generally optimistic about BAL

Lex Moskovski, chief investment officer of Moskovski Capital, said that BAL might benefit considerably from the public listing of Coinbase.

“BAL may benefit considerably. To add to Adam’s point: – They also have a incentivised BAL pool on-chain making building positions in size easier – As a previously active community member I can assert that the team a superb – BAL lacks awareness which the IPO will bring.”

On April 15, Balancer also announced a partnership with Gauntlet, which would maximize liquidity provider returns through dynamic trading fees.

Additionally, VORTECS™ data from Cointelegraph Markets Pro began to detect a bullish outlook for BAL on April 14, prior to the recent price rise. 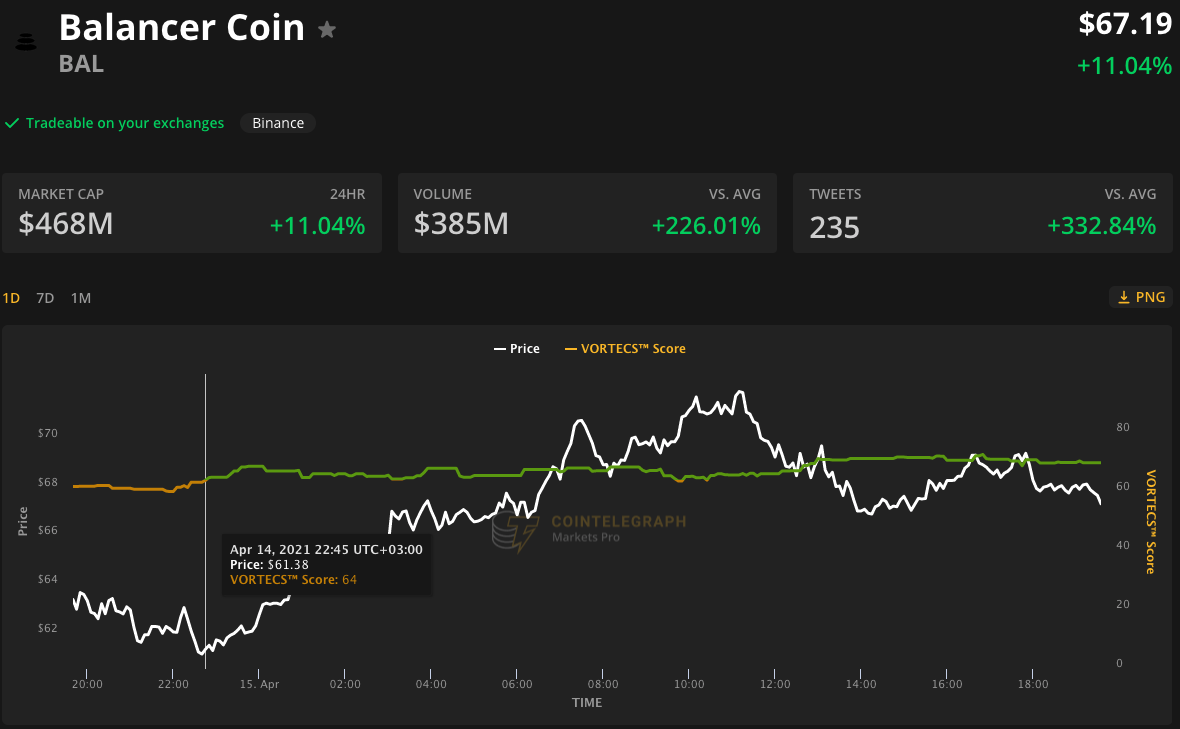 The combination of the excitement around the survey data, BAL price technicals of entering price discovery, and the Gauntlet partnership were likely the main factors behind its rally.