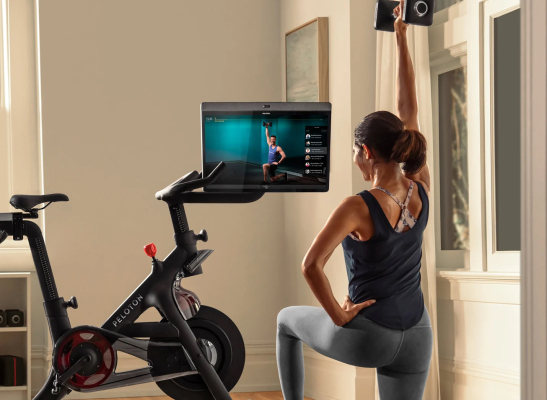 Third-party hardware integrating can be a tricky thing. Peloton this week raised some eyebrows by dropping Apple GymKit compatibility for its Bike Bootcamp program. Users were, naturally, quick to react. The situation left some wondering whether the move was a direct response to Apple’s recent entry into the home exercise market with Fitness+.

A Peloton spokesperson offered the following statement to TechCrunch, “Apple GymKit is designed to work with equipment-based cardio workouts. However, Peloton recently implemented GymKit with Bike Bootcamp, a multi-disciplinary class type that combines strength and cardio, which the feature does not support. Members can still use GymKit to sync their cycling-only workouts to their Apple Watch from the Bike+.”

The comment appears to reflect one of the bigger issues with its initial GymKit implementation. Designed with the gym in mind, Apple’s program engages with specific exercise equipment. In other words, use the integration on the treadmill and the Watch specifically goes to work tracking run metrics. Use it with a bike and it tracks cycling.

A program like Bike Bootcamp complicates things, adding to the mix things like weightlifting. The implementation was likely outside of third-party guidelines around GymKit implementation. The bigger issue for Peloton owners is that GymKit was a primary distinguisher between the standard Peloton bike and the Bike+ — two products with a < your href="https://www.onepeloton.com/bikes/compare"> $500 gulf between them .

Actually, for now at least, working together is still a net positive for each party. Apple may have its own the particular platform, but Peloton attributes huge footprint — is generally likely has significant débordement with Apple Watch computer ownsers. GymKit may have been developed at gyms in mind, but males haven’t visited the gym significant in the past year, and there exists a reasonable expectation that the domain might never entirely bounce back.

For Peloton’s part, it’s probably favourable to play nice with the organization} that utterly dominates my smartwatch category.