Tether launches on Hermez rollup as Ethereum starts falling behind

Tether (USDT) has now launched on Hermez Network, an Ethereum scalability solution based on the zk-rollup concept. Rollups provide a way of batching or “rolling up” transactions to lighten the load on the Ethereum network.

The key to rollups is the concept of data availability, which means that the state data of the rollup is always fully available on-chain. In practice, this means that the Ethereum network knows the token balances of all user accounts on the Hermez rollup after every transaction, and this knowledge can be used to rapidly withdraw funds and distribute them to their new owners in the event of malfunctions.

Zk-rollups can be considered as separate “blockchains” that are entirely reliant on the layer-one network for security. Through the use of zk-SNARKs, the Hermez rollup publishes regular proofs to the Ethereum network that verify its correctness. Due to the succinct property of SNARKs, the underlying data can be almost arbitrarily large, while the proof will remain constant in size. This makes it perfect for scalability applications, as the Ethereum network is able to conclusively prove that the network is working as intended with just a fraction of the data that the rollup itself processed.

By launching USDT on Hermez, Tether hopes to alleviate the pressure on Ethereum gas fees, where the Tether contract is consistently among the highest gas users. As fees for token transfers consistently stay above $10 on Ethereum — with exchanges upping their withdrawal charges in response — the market has significantly diversified on its Tether usage. 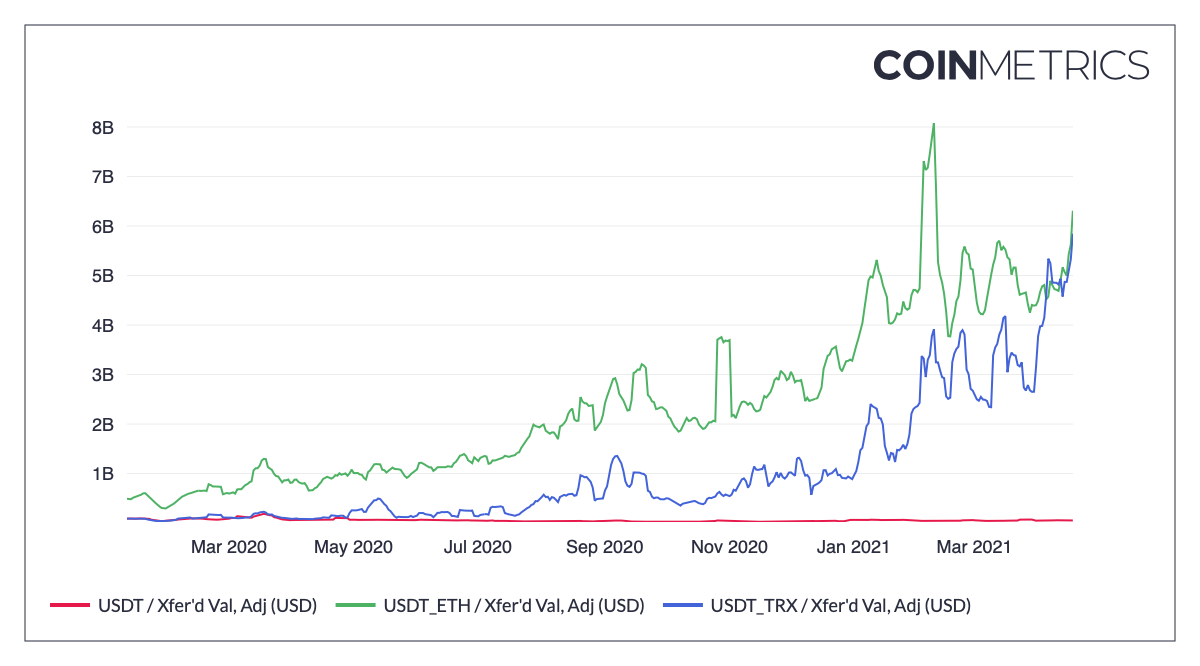 Tether on Tron’s network has reached parity with Ethereum in terms of value transferred — a significant achievement for Tron and a source of concern for Ethereum supporters. Arguably, the most significant contributing factor to Tron’s rise is the support from a number of exchanges such as Binance, Huobi, OKEx and many others that are traditionally associated with Asia and Asian traders. Whatever users may think of Tron, few can argue with its low fees and significant acceptance.

Hermez provides an Ethereum-native alternative to Tron, though it adds to OMG Network’s Plasma, which, so far, seems to have failed to gain significant traction. Hermez can currently be accessed by using MetaMask, binding to the user’s Ethereum wallet. Transacting on the network requires performing a deposit transaction from the Ethereum main chain, after which the funds become available on the rollup. However, without a meaningful number of possible destinations for the funds, Hermez risks getting stifled by competition from other sidechains and layer-one networks.

The Hermez team is fully aware of this predicament and is working to integrate with as many exchanges as possible, but it remains to be seen whether its efforts will be successful.