The chief investment officer of investment giant Guggenheim has repeated warnings that Bitcoin (BTC) will crash to $20,000.

In an interview with CNBC on April 20, Scott Minerd warned again that Bitcoin could lose half of its value in a pullback.

“Given the massive move we’ve had in bitcoin over the short run, things are very frothy, and I think we’re going to have to have a major correction in bitcoin,” Minerd told the network.

For Minerd, who last claimed that BTC/USD would return to $20,000 in January, such an event would form part of a normal market cycle’s ups and downs. His longer-term forecast of $400,000 per Bitcoin still stood, he said.

“I think we could pull back to $20,000 to $30,000 on bitcoin, which would be a 50% decline, but the interesting thing about bitcoin is we’ve seen these kinds of declines before,” he continued.

Minerd, who previously garnered controversy over his BTC price remarks, was nevertheless not alone in his bearish near-term prognosis. As Cointelegraph reported, JPMorgan analysts likewise sounded the alarm this week, their concern focused on futures markets.

Reacting, Bitcoin proponents dismissed any idea that deeper losses were inevitable, referencing a combination of factors including strong on-chain indicators.

On Jan. 20, the executive had claimed that Bitcoin had put in a price top for the remainder of the year. Since then, BTC/USD has more than doubled.

“In 2017, the average BTC Bull Market correction took 16 days. This most recent pullback has been going on for only 7 days,” popular Twitter account Rekt Capital noted about the current price action.

“So while corrections tend to last a few weeks… They are very short in the grander scheme of the overall Bull Market.” 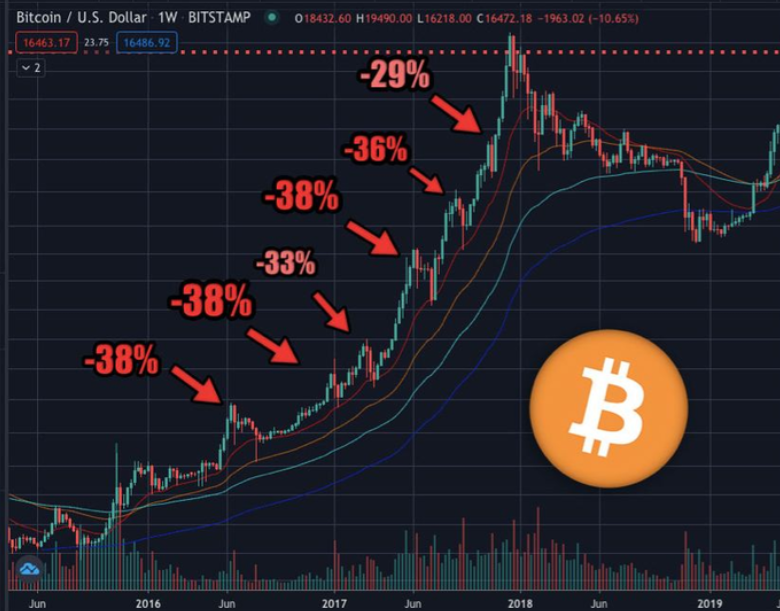