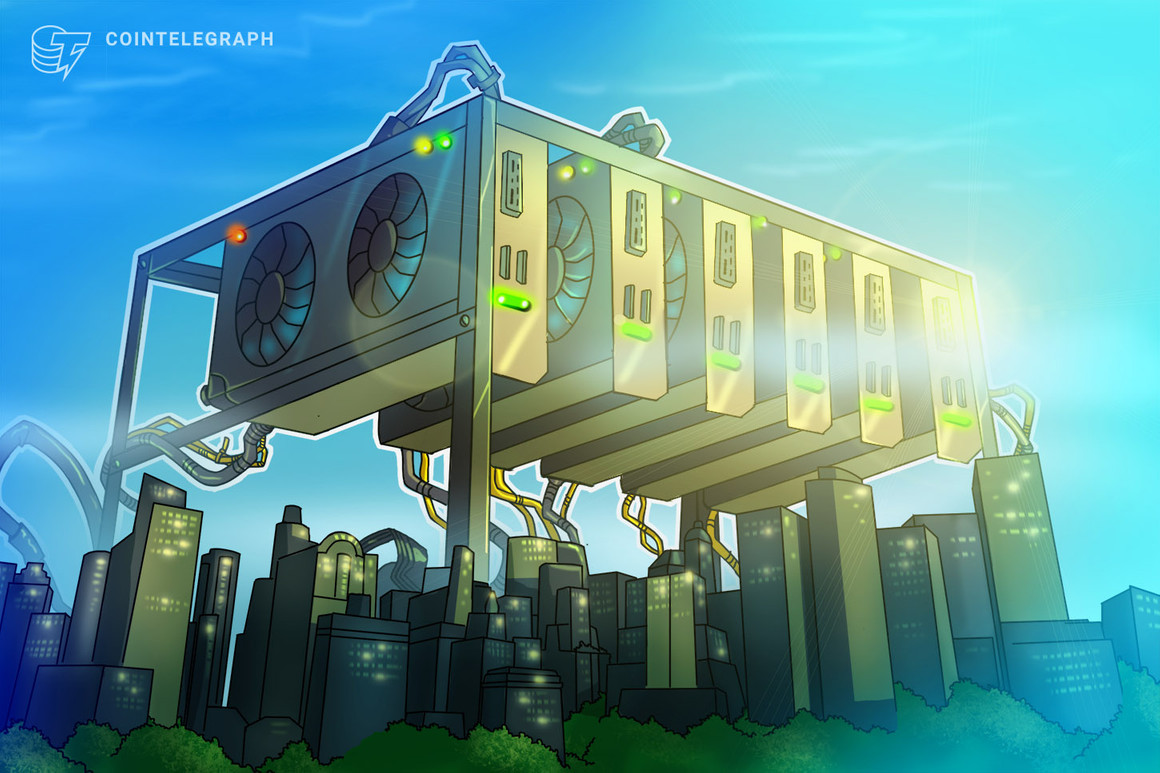 Some of Bitcoin’s most prominent backers have sought to make the case for Bitcoin’s environmental efficiency, with a collaborative paper from researchers at financial services firm Square and investment manager Ark Invest asserting that Bitcoin mining can drive increased efficiency in renewable energy production.

The paper, authored by “The Bitcoin Clean Energy Initiative,” or BCEI, seeks to counter the claim that “the computation required to secure Bitcoin […] is environmentally damaging and ruining the planet,” arguing that Bitcoin mining incentivizes the generation of electricity “from renewable carbon-free sources.”

In an April 22 Twitter thread, Square argues that while solar and wind can produce energy cheaper than fossil fuels, these renewable sources typically produce excessive supply when demand is low and conversely struggle to meet needs of consumers and industry when demand is high.

According to the researchers, the issue of divergent renewable production and demand for electricity could be mitigated by building an ecosystem “where solar/wind, batteries, and Bitcoin mining co-exist to form a green grid that runs almost exclusively on renewable energy.”

“Not only is this doable, it is doable without jeopardizing the sector’s profitability.”

The paper describes the Bitcoin mining sector as “an energy buyer of last resort” that can be situated anywhere in the world.

Despite solar and wind energy costing between roughly half and one-third of fossil fuels per kilowatt-hour, the paper asserts the geographical limitations of renewable power plans typically results in energy supply being “either abundant or non-existent.”

“The end result is significantly more power than society typically needs for a few hours per day and not nearly enough when demand spikes. This challenge also plays out seasonally.”

By combining Bitcoin mining with renewable energy storage, the paper argues the limitations of batteries and energy dissipation can be offset by diverting excessive electricity to mining farms. If miners were able to capture just 20% of wind and solar energy that is delayed on U.S. power grids, BCEI estimates that global mining capacity could triple.

The mobilization of miners as an electricity buyer of last resort would also bolster the profitability of the renewable energy sector, offering producers the opportunity for “arbitrage between electricity prices and Bitcoin prices.”

“In a sense, the unlimited appetite of miners allows them to eat whatever remains of the ‘duck’s belly.’ Given these benefits, we believe it makes logical sense for utility-scale storage developers to augment their current battery offerings with Bitcoin miners.”

The paper also asserts that the costs associated with expanding renewable energy will see accelerated decline.

“The Bitcoin and energy markets are converging and we believe the energy asset owners of today will likely become the miners of tomorrow,” it said.

Alright, I’m just gonna come out and say it. Bitcoin mining is bad for the environment. #bitcoin #EarthDay2021

However, not everyone is convinced by BCEI’s assertions, with popular analyst Mati Greenspan describing the report as “justify[ing] Bitcoin’s massive energy consumption.”

Rather than offer a solution to Bitcoin’s ever-increasing energy consumption, Greenspan describes BCEI’s paper as offering the blueprint for “an energy-intensive feedback loop.”

“The main focus of the paper doesn’t seem to seek out solutions so much as justify Bitcoin’s massive energy consumption and paint a rosy picture of how it might positively impact the clean energy sector,” Greenspan argued.

Earlier this year, researchers at the University of Cambridge estimated that Bitcoin consumes 121.36 terawatt-hours annually — ranking the network among the 30-largest energy users worldwide and above the country of Argentina.