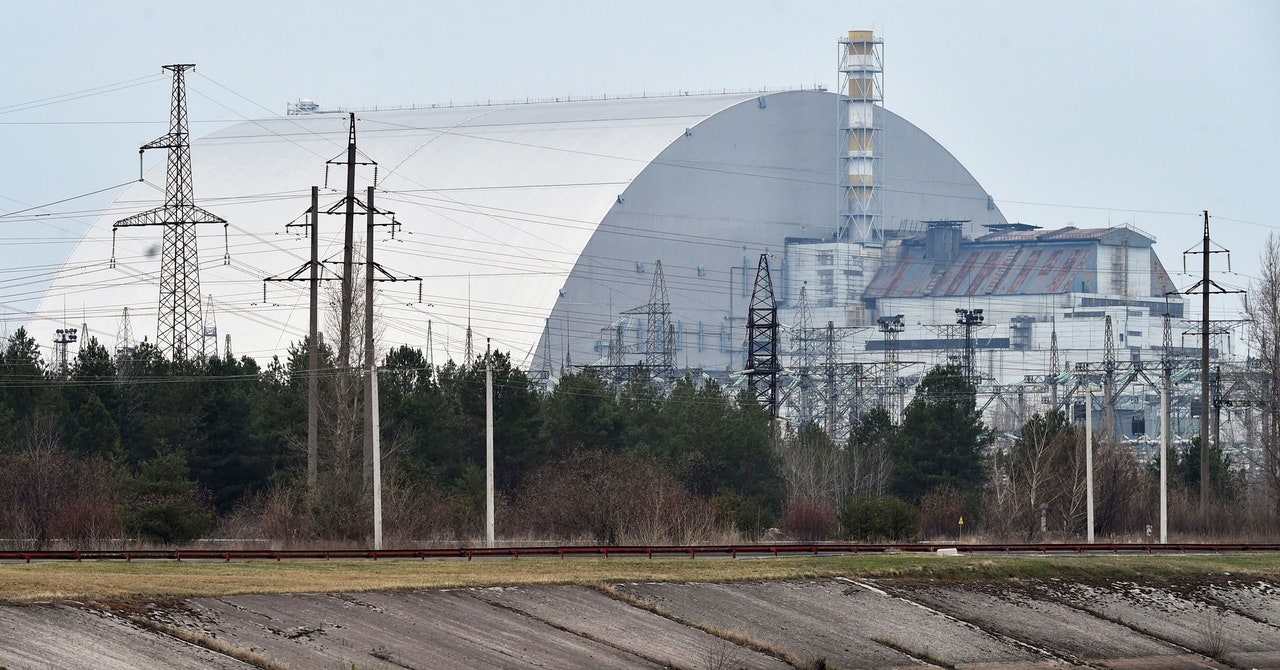 Cancers are caused by mutations in human DNA. A few lines of genetic code get deleted or mixed up and that change allows cells to proliferate and grow in abnormal ways. Sometimes those DNA changes are genetic—people inherit them from their parents—but sometimes they’re caused by environmental factors. Understanding a tumor’s DNA can help create targeted gene therapies to combat it.

For years, epidemiological studies have shown that thyroid cancer is particularly common among people exposed to radioactive iodine, especially for people who were exposed when they were children. At high enough doses, radioactive iodine kills thyroid cells and can actually be used as a treatment for thyroid cancer and other thyroid conditions. But the radiation from Chernobyl wasn’t enough to kill cells. Instead, says Morton, the months-long exposure to lower doses caused changes to the cells that resulted in tumors.

In her paper, Morton and her colleagues were able to take a closer look at the tumors from people who lived near Chernobyl, studying the DNA of over 350 people who developed thyroid cancer after being exposed to radiation as young children. They created a comprehensive molecular picture of these tumors. Then, to see how they differed from thyroid cancers caused by other factors, the researchers compared these tumors against tissue from 81 people who were born near Chernobyl after 1986 and developed thyroid cancer but were never exposed to radiation. They also compared the tumors to data from the Cancer Genome Atlas, which has characterized the genomes of thousands of cancers.

They found that the cancer cases caused by radioactive iodine exposure following the meltdown had mutated genes by rupturing the twin strands of DNA and breaking them apart. By contrast, the thyroid cancers in the Cancer Genome Atlas and in the control group of 81 unexposed people from the area were more likely to be caused by single-point mutations, where just one single base pair of the DNA is changed.

After the disaster, scientists monitored many of the communities near Chernobyl, as well as the workers who were tasked with cleaning up and encasing the radioactive reactor in a steel and concrete sarcophagus. Researchers also did extensive interviews with residents about their indirect exposure. For example, radioactive isotopes from the reactor fell into the surrounding fields and were eaten by grazing cows, transmitting the radiation to their milk and subsequently to the people who drank it. So information about dairy consumption offered clues about how much radiation someone had been exposed to. Physicists and epidemiologists worked together to piece all these direct and indirect measurements into a reconstruction of the radiation doses that the people who donated the tissue samples would have received. “This is a unique circumstance where we know a lot about the exposure,” says Chanock. “Most of the large genome landscape studies have no information on where and what the people were exposed to.”

This gave researchers an opportunity to take a close look at exactly how this cancer process works. They discovered that the more radiation a person was exposed to, and the younger they were at the time of exposure, the more double-strand DNA breaks they would have.

Finally, the team looked at the cancer’s drivers, the specific genes whose mutations were responsible for tumor growth. They found that the molecular characteristics of the radiation-caused cancers weren’t all that different from what has been observed in randomly-occurring thyroid cancers. It was only the cause—those double-strand DNA breaks—that was different. “That’s what really gave us insight into how radiation is causing cancer,” says Morton.

There were no special biomarkers that labeled these cells as having been mutated by radiation, which tells scientists that the effect of the radiation happened early in the carcinogenic process and that the biomarkers—if there were any—were lost or washed out as the cancer grew. That molecular similarity indicates that these cases don’t require a novel treatment. “These cancers really just look, in the end, like typical thyroid cancers, so there are no specific implications for taking a different treatment approach,” she says.