Bitcoin and the overall cryptocurrency market saw minor losses on April 29 as the market heads into the expiry of $4.2 billion worth of (BTC) options contracts.

Data from Cointelegraph Markets and TradingView shows that since reaching a high above $56,400 on April 28, the price of Bitcoin has dropped more than 6% back down near the $53,000 support level while Ethereum (ETH) continues to trade above $2,700. 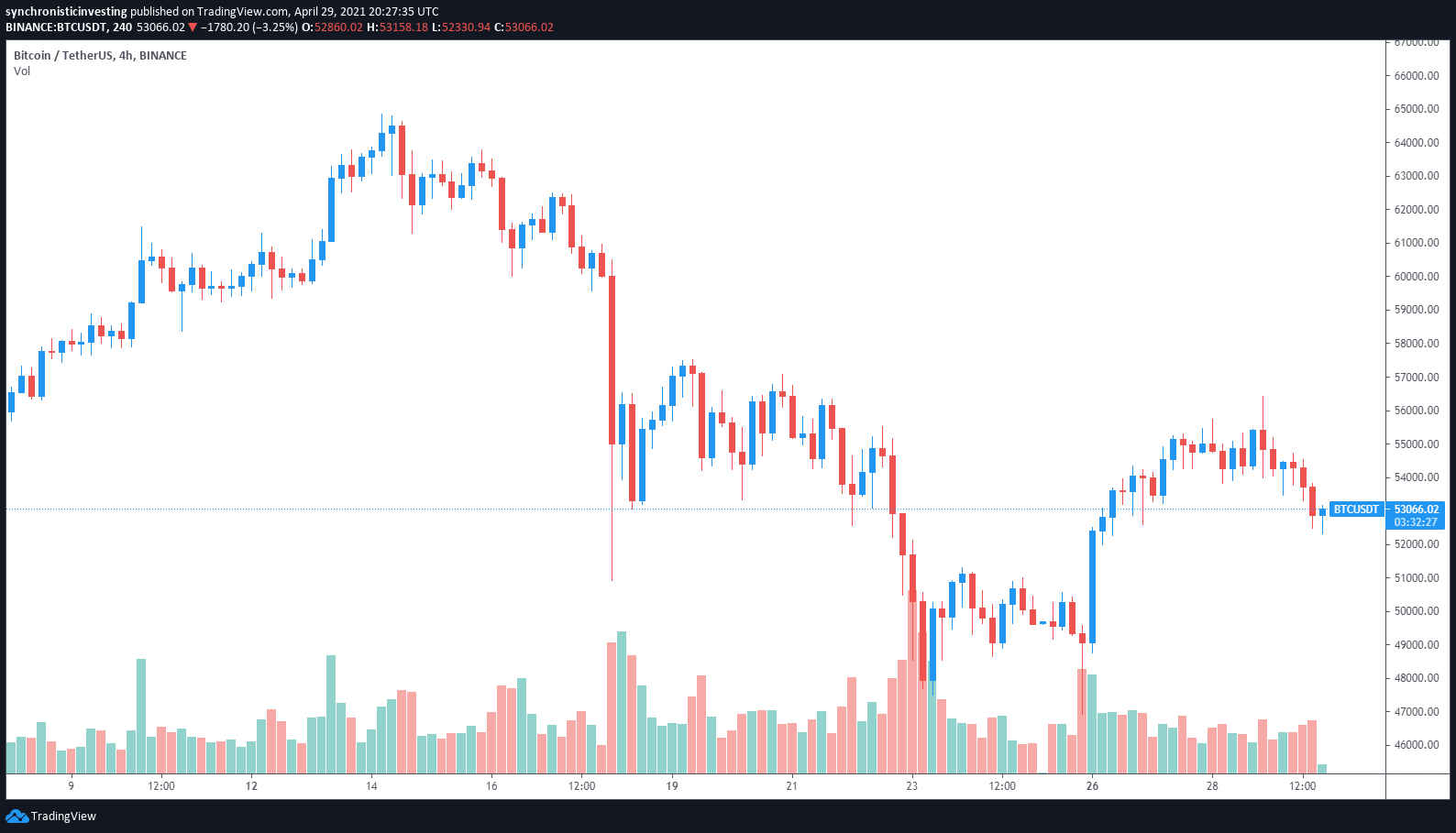 Despite the lull in market activity, signs of mainstream cryptocurrency integration continue to emerge on a near-daily basis. Earlier today Coinbase announced that users can now purchase up to $25,000 worth of cryptocurrency per day using their PayPal account.

While Bitcoin continues to struggle below the $55,000 resistance level, the ETH/BTC pairing has started climbing higher in a move that was predicted by multiple analysts, including Real Vision CEO Raoul Pal. The bullish movement in the ETH/BTC pair has also reignited conversations about Ether price evetually flipping BTC. 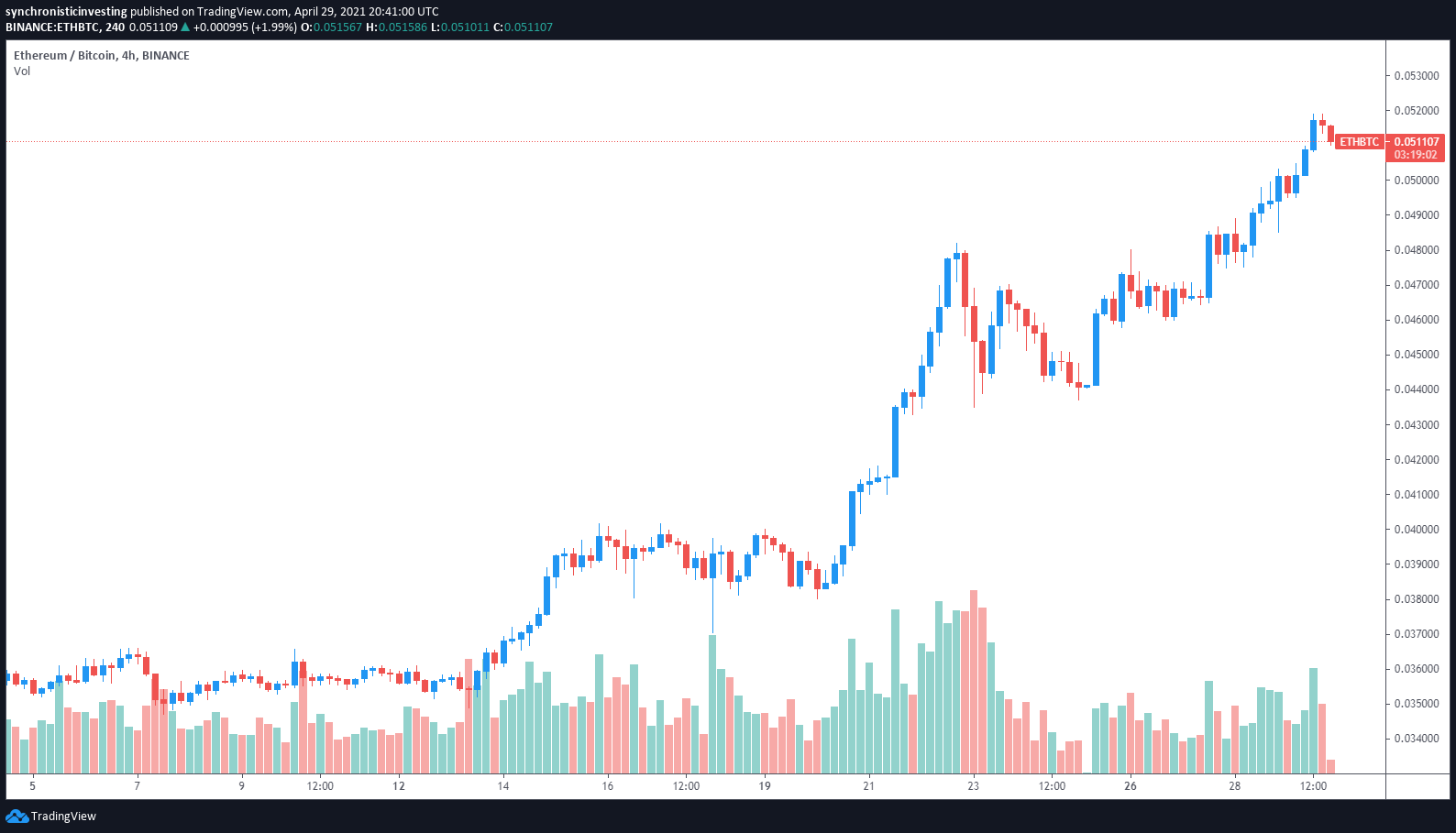 According to Élie Le Rest, partner at digital asset management firm ExoAlpha, Ether has been getting stronger against Bitcoin since the end of March with the upcoming upgrade which includes EIP 1559 being “seen as a strong catalyst of the recent ETH bull-run.”

This increased momentum is a signal for Le Rest that the market may be in a “buy the rumor, sell the news configuration that may drive the price up until EIP 1559 is released in July this year.”

“Overall, this Ethereum upgrade is getting closer to ETH 2.0, with features like shifting from a proof-of-work to a proof-of-stake chain including a burning fee mechanism. Those upcoming features are a great incentive for investors to tag along, contributing to ETH’s strong recovery against BTC, but it’s still very early to put the flippening topic on the table again.”

The slumping price of Bitcoin weighed down the wider cryptocurrency market on Thursday with a majority of altcoins experiencing minor losses.

Some notable exceptions to the pullback include Syscoin (SYS), which at one point spiked 45% to $0.50 and the Binance Smart Chain-based Venus lending platform, whose XVS token rallied 30% to $97.90, just a dollar short of its all-time high.

Waves (WAVES), a multi-purpose blockchain platform, also experienced a 20% surge that lifted the token to a new record high at $23.43.