Bitcoin (BTC) retook $57,000 on April 30 as a surprise bullish end to month took traders by surprise.

Data from Cointelegraph Markets Pro and Tradingview showed BTC/USD climbing 5% in hours on Friday to come within inches of a green monthly close for April.

On social media, traders pointed to this month’s $4.2 billion options expiry being out of the way and thus allowing Bitcoin room to move.

So much for “red April”

For Lex Moskovski, CIO as Moskovski Capital, the composition of the market on the day was a cause for optimism.

“This Bitcoin price surge is driven by spot. Funding even decreased a bit,” he noted.

Moskovski referred to funding rates on exchanges, with a decrease implying that short positions are “paying” longs in a classic sign that upward momentum would continue.

Spot buyer demand likewise signals that BTC is being bought without leverage, which translates to a more organic shifting of “real” coins to private wallets. 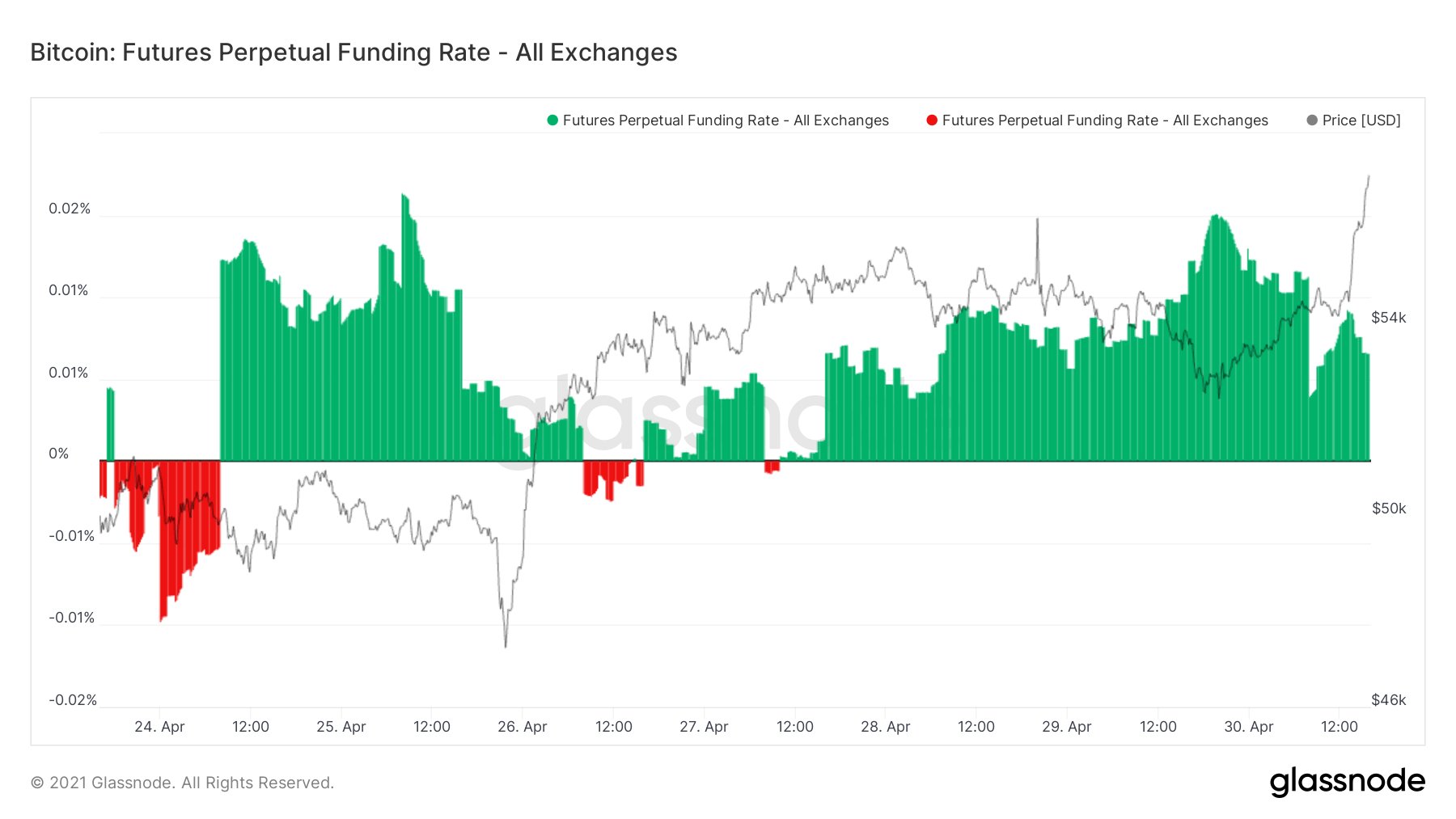 Just days ago, Bitcoin was on its way to sealing its biggest April losses since 2015 in a stark contrast to the general trend of the past twelve years.