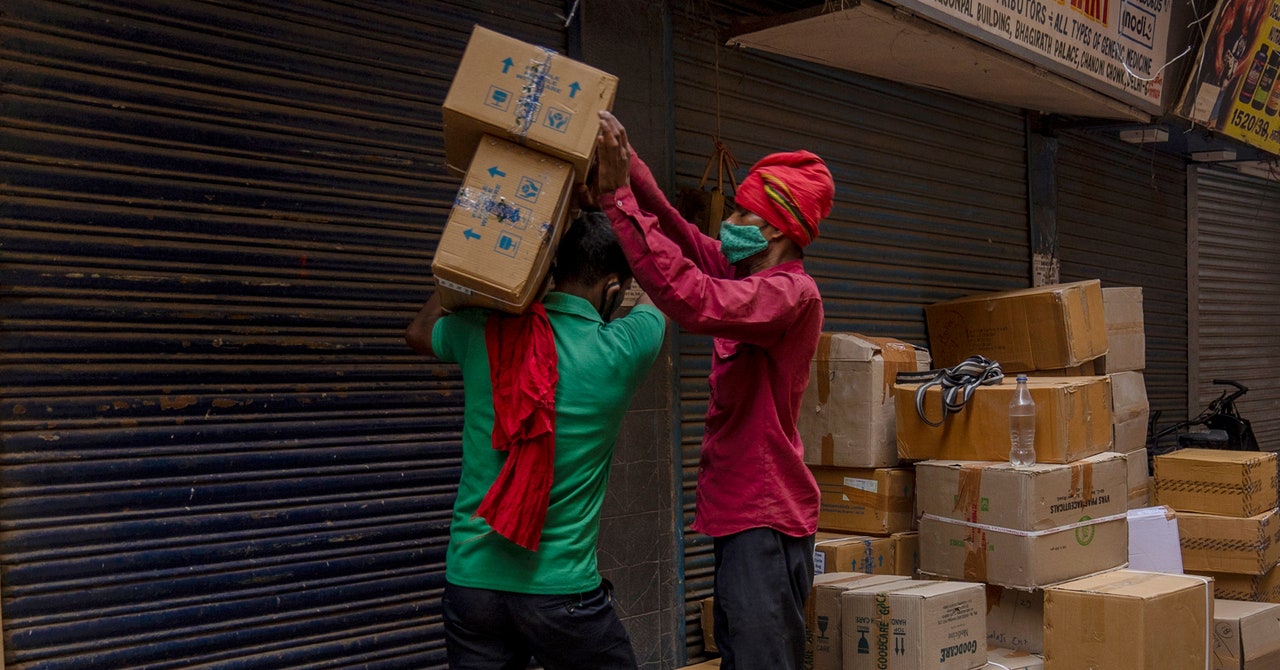 In Srinagar, the city where I live in Indian-administered Kashmir, the streets are deserted under a lockdown. But through Twitter I hear cries of desperation from across India: a son begging for an oxygen cylinder to save his mother; a daughter pumping the chest of a parent outside a hospital; an elderly man carrying his dead wife on a bicycle to find a place to cremate her; all of India turning into a pyre from mass cremations.

As the number of new cases of Covid-19 jumps by the hundreds of thousands daily, Indian Twitter, with its 18.9 million users, is now a compendium of despair. Yet it has also turned into something else: a kind of citizens’ emergency hotline where neighbors cry out to neighbors for help. Using hashtags like #CovidSOS and #SOSIndia, a post gets traction. Other users reply with resources or tag other people, hoping someone—anyone—might be able to help. On-the-ground volunteers working with NGOs or relief groups sometimes respond directly or give advice on where local resources might be found. Groups have also formed on Telegram and WhatsApp to find oxygen tanks, empty beds, and other essentials. The activity on these platforms is both heartening evidence of people coming together and a rebuke of the government’s failure to prevent, contain, and address this second Covid-19 wave.

Somya Lakhani, a journalist with 12,000 followers on Twitter, had Covid-19. She was suffering with a severe headache and sore throat and gasping for air. Even raising a single finger hurt. Unable to sleep, she logged into Twitter at 4 am and retweeted calls of people who were in even more critical condition, trying to amplify and spread these SOS messages. One asked for help for a 37-year-old nurse who worked at a Covid-19 center in New Delhi. “She needs help, an ICU bed … (please) help ?. #CovidSOS #COVIDEmergency.” Lakhani scrolled through her feed and frantically called or DM’ed the numbers for resources she found listed there. An hour later she tweeted again: “She is no more.”

“I was going on Twitter as the last resort after nothing offline worked for me,” said Lakhani, adding that her DMs are now flooded with requests from Covid-19 patients and the phone doesn’t stop ringing. But with the rising demand and chaos across the country, the leads are drying up. “We are losing eight out of 10 people we raise an SOS for,” she said. “Where is the government? I have no one to reach to out for help. How long can Twitter run the country for them?”

In January, at the World Economic Forum, Indian prime minister Narendra Modi, who leads the Hindu nationalist government, boasted of India’s success in containing the new coronavirus. “The country where 18 percent of the world’s population lives has saved the world—entire humanity—from a major tragedy by effectively controlling corona,” he said. But then, the guardrails came down. The government allowed masses of people to attend Hindu festivals and ruling party members addressed political rallies with tens of thousands of attendees.

All hell broke loose: Major hospitals in metropolitan cities ran out of oxygen; sick people died awaiting medical assistance; and the crematoriums ran out of firewood. People were left on their own. Official tallies put deaths at more than 3,000 every day, but experts say the real number is much higher.

In some sense, simply by revealing the gaps in official aid, Indian Twitter is full of implicit criticism of the Modi government. But the platform itself has complied with a government clampdown on explicit criticism. Twitter removed at least 53 tweets challenging the government’s handling of the pandemic. New regulations in India require social media platforms to erase content that authorities deem unlawful; Twitter told The Washington Post that it blocked the tweets in accordance with local law.