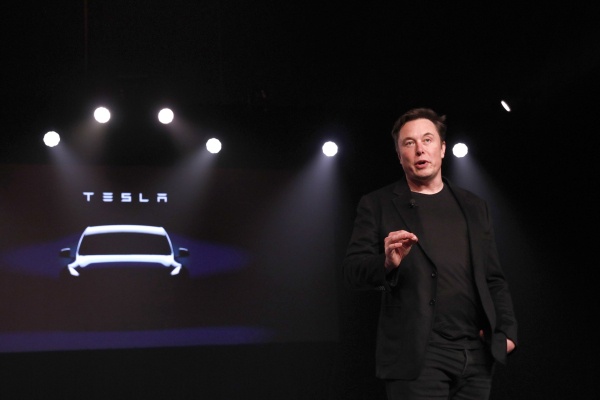 What Tesla CEO Elon Musk says publicly about the company’s progress on a fully autonomous driving system doesn’t match up with “engineering reality,” according to a memo that summarizes a meeting between California regulators and employees at the automaker.

The memo, which transparency site Plainsite obtained via a Freedom of Information Act request and subsequently released, shows that Musk has inflated the capabilities of the Autopilot advanced driver assistance system in Tesla vehicles, as well the company’s ability to deliver fully autonomous features by the end of the year.

Tesla vehicles come standard with a driver assistance system branded as Autopilot. For an additional $10,000, owners can buy “full self-driving,” or FSD — a feature that Musk promises will one day deliver full autonomous driving capabilities. FSD, which has steadily increased in price and capability, has been available as an option for years. However, Tesla vehicles are not self-driving. FSD includes the parking feature Summon as well as Navigate on Autopilot, an active guidance system that navigates a car from a highway on-ramp to off-ramp, including interchanges and making lane changes. Once drivers enter a destination into the navigation system, they can enable “Navigate on Autopilot” for that trip.

Tesla vehicles are far from reaching that level of autonomy, a fact confirmed by statements made by the company’s director of Autopilot software CJ Moore to California regulators, the memo shows.

“Elon’s tweet does not match engineering reality per CJ,” according to the memo summarizing the conversation between regulators with the California Department of Motor Vehicles’ autonomous vehicles branch and four Tesla employees, including Moore.

The memo, which was written by California DMV’s Miguel Acosta, states that Moore described Autopilot — and the new features being tested — as a Level 2 system. That description matters in the world of automated driving.

There are five levels of automation under standards created by SAE International. Level 2 means two primary functions — like adaptive cruise and lane keeping — are automated and still have a human driver in the loop at all times. Level 2 is an advanced driver assistance system, and has become increasingly available in new vehicles, including those produced by Tesla, GM, Volvo and Mercedes. Tesla’s Autopilot and its more capable FSD were considered the most advanced systems available to consumers. However, other automakers have started to catch up.

Level 4 means the vehicle can handle all aspects of driving in certain conditions without human intervention and is what companies like Argo AI, Aurora, Cruise, Motional, Waymo and Zoox are working on. Level 5, which is widely viewed as a distant goal, would handle all driving in all environments and conditions.

Here is an important bit via Acosta’s summarization:

DMV asked CJ to address from an engineering perspective, Elon’s messaging about L5 capability by the end of the year. Elon’s tweet does not match engineering reality per CJ. Tesla is at Level 2 currently. The ratio of driver interaction would need to be in the magnitude of 1 or 2 million miles per driver interaction to move into higher levels of automation. Tesla indicated that Elon is extrapolating on the rates of improvement when speaking about L5 capabilities. Tesla couldn’t say if the rate of improvement would make it to L5 by end of calendar year.

Portions of this commentary were redacted. However, Plainsite was able to copy and paste the redacted part, which shows up as white space on a PDF, into another document.

The comments in the memo are contrary to what Musk has said repeatedly in the public sphere.

Musk is frequently asked on Twitter and in quarterly earnings calls for progress reports on FSD, including questions about when it will be rolled out via software updates to owners who have purchased the option. In a January earnings call, Musk said he was “highly confident the car will be able to drive itself with reliability in excess of a human this year.” In April 2021, during the company’s first quarter earnings call, Musk said “it’s really quite, quite tricky. But I am highly confident that we will get this done.”

The memo released this week provided other insights into Tesla’s push to test and eventually unlock greater levels of autonomy, including the number of vehicles testing a beta version of “Navigate on Autopilot on City Streets,” a feature that is meant to handle driving in urban areas and not just highways. Regulators also asked the Tesla employees if and how participants were being trained to test this feature, and how the sales team ensures that messaging about the vehicle capabilities and limitations are communicated.

As of the March meeting, there were 824 vehicles in a pilot program testing a beta version of “city streets.”  About 750 of those vehicles were being driven by employees and 71 by non-employees. Pilot participants are located across 37 states, with the majority of participants in California. As of March 2021, pilot participants have driven more than 153,000 miles using the City Streets feature, the memo states. The memo noted that Tesla planned to expand this pool of participants to approximately 1,600 later that month.

Tesla also told the DMV that it is able to track when there are failures or when the feature is deactivated. Moore described these as “disengagements,” a term also used by companies testing and developing autonomous vehicle technology. The primary difference worth noting here is that these companies only use employees who are trained safety drivers, not the public.