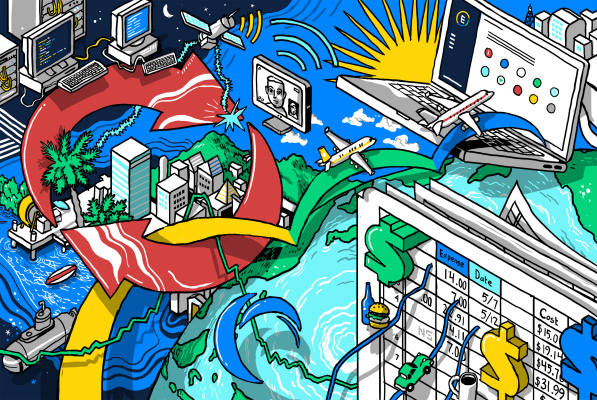 Today as we dig deep into Expensify, its history and its current ramp toward the public markets after reaching $100 million in ARR, a quick note on where we are in the world of exits.

If you are bored of IPOs, consider it a luxury. For years, the unicorn market was all hype and no liquidity. But in the last year or so, the public market has been a welcome and lucrative exit path for a host of unicorns. The same excitement that has led to record venture capital results in the private sector has been at play amongst public investors, boosting the value of many a former unicorn as they left their startup days behind them.

But an April pause led to some concern that the IPO market was cooling. News out today details an IPO climate that is warming once again. For Expensify, and other unicorns on the sidelines like Robinhood, it’s good news.

For one company in particular, warm IPO markets could not have come back at a better time. Let’s talk about Expensify.

A deep dive into Expensify ahead of its IPO

TechCrunch’s continuing series of deep dives on the most interesting startup companies continues this week, with the kickoff of our look at Expensify. Unlike some other companies we’ve profiled as part of our EC-1 series, like Tonal, perhaps, you’ve probably used Expensify’s software.

So you know the company in question. What you might not have known is just what a wild ride Expensify has been on during its startup life. From the introduction to the Expensify series, I present the following paragraph:

Most interestingly, this is a story about just not giving a damn about what anyone goddamn thinks, an approach to life and business that led to more than $100 million in annual revenue, and an IPO incoming on what looks to be a very quick timetable. Prodigious revenues, 10 million users and only 130 employees running the whole shebang — that’s a hell of an achievement in only 13 years.

You can read the first main piece here. The rest will be coming out over the next few weeks. Get hype!

We have a lot to get through, so please excuse the following list of bullets:

Can you imagine making 13 attempts at something before attaining a successful outcome?

Alex Circei, CEO and co-founder of Git analytics tool Waydev, applied 13 times to Y Combinator before his team was accepted. Each year, the accelerator admits only about 5% of the startups that seek to join.

“Competition may be fierce, but it’s not impossible,” says Circei. “Jumping through some hoops is not only worth the potential payoff but is ultimately a valuable learning curve for any startup.”

In an exclusive exposé for TechCrunch, he shares four key lessons he learned while steering his startup through YC’s stringent selection process.

The first? “Put your business value before your personal vanity.”

Tech’s bigger players have been busy today, giving us quite a lot to chew on. Facebook, for example, is taking fire from state lawyers arguing that its idea of building an Instagram for kids is a bad idea. Not that the complaints will stop Facebook from doing whatever it wants, but the level of criticism is notable. Facebook doesn’t have a lot of political goodwill to spend, these days.

Facebook is also following in Twitter’s footsteps in asking users to read articles before they share them. Because the world going digital has not yet stopped humans from being in need of chronic correction.

In order of descending market capitalization, Spotify is next on our list. The company is improving its social sharing capabilities, in essence boosting the ability of its users to share podcasts intelligently. As Sarah reports, “Spotify will also now allow users to share a time-stamped link to a podcast, which allows users to tune into a particular moment of the podcast episode.”

Thank everything, and it’s about time. Even if everyone who listens to my show uses Apple Podcasts.

Finally, enterprise storage, security and collaboration company Box is in the middle of a very public fight with an activist investor. In short, Box’s growth is slowing. While the company’s leadership is confident that it can restart its growth engine, outside parties want more control. Yoof.