4 Cheap Canadian Stocks to Buy Under $10 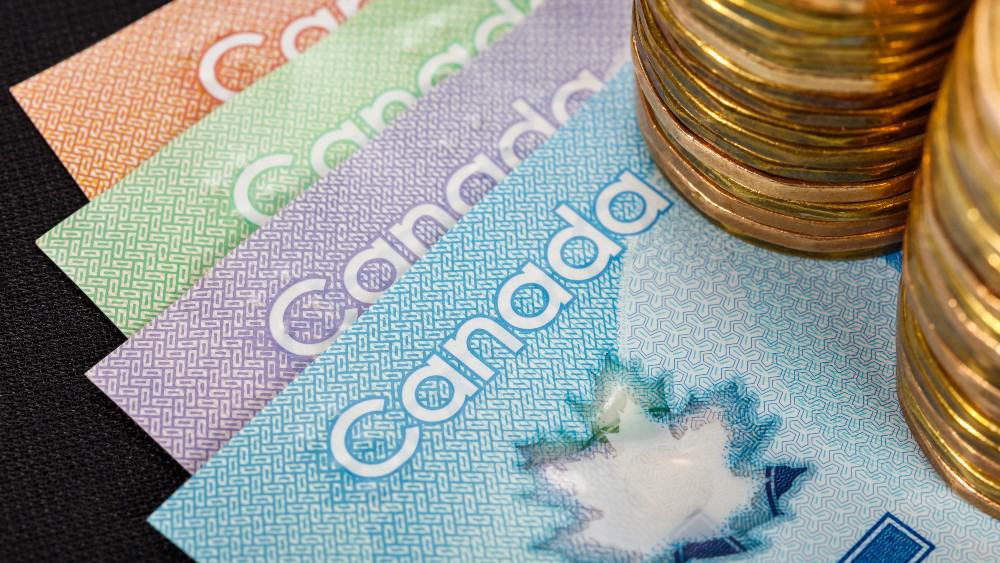 Yesterday, Automatic Data Processing had reported that Canada added 351,300 jobs in April, despite the increased restrictions due to the pandemic. The announcement drove the Canadian equity markets higher, with the benchmark index, the S&P/TSX Composite Index, posting a new all-time high on Thursday before closing at 19,542.95, representing an increase of 11.4% for this year. However, these four Canadian stocks are trading below $10 and are available at a significant discount from their recent highs, providing excellent buying opportunities.

Aurora Cannabis (TSX:ACB)(NYSE:ACB) has lost over 63.4% of its stock value from its 52-week high. The weakness in the cannabis sector and lower-than-expected third-quarter performance dragged the company’s stock down. However, there were some positives. Its medical cannabis sales increased by 17%, driven by growth in both domestic and international markets. The company has now aligned its production with sales while lowering its SG&A (selling, general, and administrative) expenses by 42% to $45.1 million.

Further, Aurora Cannabis has announced plans to accelerate its annualized cost efficiencies to save $60-$80 million over the next 12-18 months. Despite having $525 million of cash at the end of the third quarter, the company looks to raise US$300 million through new equity offerings. The company’s management expects to utilize the additional funds to make acquisitions in the highly lucrative U.S. market. So, the company’s growth prospects look healthy.

Solid first-quarter performance and recovery in gold prices have led B2Gold (TSX:BTO)(NYSE:BTG) to trade 19% higher for this quarter. Its first-quarter revenue fell 4.7% amid lower production due to planned waste stripping and lower mined ore grades. However, its net earnings improved by 19.3% on a year-over-year basis due to a higher average realization price.

Despite the recent rise, B2Gold still trades 36.6% lower from its August highs. Its valuation also looks attractive, with its forward price-to-earnings multiple standing at 10.2. Further, the company’s management expects its gold production to increase in the second half, as the mining reaches the higher-grade zones. Amid the sell-off in the cryptocurrency market and rising volatility in the equity markets, gold prices could strengthen further, benefiting the company. So, I am bullish on B2Gold.

Amid the recent sell-off in technology stocks, Goodfood Market (TSX:FOOD) has lost over 50% of its stock value compared to its January highs. The steep fall offers an excellent buying opportunity given the sectoral tailwind, growth initiatives, and attractive valuation.

Amid the secular shift towards online shopping, the company’s customer base is expanding at a faster pace. At the end of its February-ending quarter, the company had 319,000 subscribers, representing a year-over-year increase of 30%. Meanwhile, the company is increasing its product offerings, improving its delivery speed, and entering new markets, which could bolster its growth in the coming quarters.

Along with top-line growth, the company’s margins are also expanding, which is encouraging. Its valuation also looks attractive, with its forward price-to-sales ratio standing at 1.3.

My final pick would be WELL Health Technologies (TSX:WELL), which delivered a solid financial performance earlier this month. Its first-quarter revenue grew 150% on a year-over-year basis to $25.6 million, thanks to its acquisitions over the last 12 months and organic growth. Supported by the strong performance from its Canadian operations, the company had reported a positive adjusted EBITDA of $0.5 million for the quarter.

Meanwhile, the expansion in the company’s financials could continue, given its recent acquisition of CRH Medical, ExecHealth, and IntraHealth. Further, the company has acquired a 51% stake in Doctors Services Group, strengthening its billing and back-office business unit. With CRH expected to deliver an EBITDA of US$60 million this year, its acquisition could boost the company’s profitability.  So, given its healthy growth prospects, I believe investors should utilize the correction to accumulate the stock to earn superior returns.

The Motley Fool recommends Goodfood Market. Fool contributor Rajiv Nanjapla has no position in any of the stocks mentioned.