Analyst says reclaiming $37,500 is Bitcoin’s crucial ‘line in the sand’

Bitcoin (BTC) price continues to limp lower as traders in the U.S. hit the BBQ to enjoy the upcoming Memorial Day holiday on May 31 and regulated futures and options markets like the CME are closed through the weekend.

Data from Cointelegraph Markets Pro and TradingView shows that after a brief attempt by Bitcoin (BTC) bulls to rally above $37,000 in the early morning hours on May 29, the price has tumbled below $34,000 as the support needed for a move higher failed to manifest. 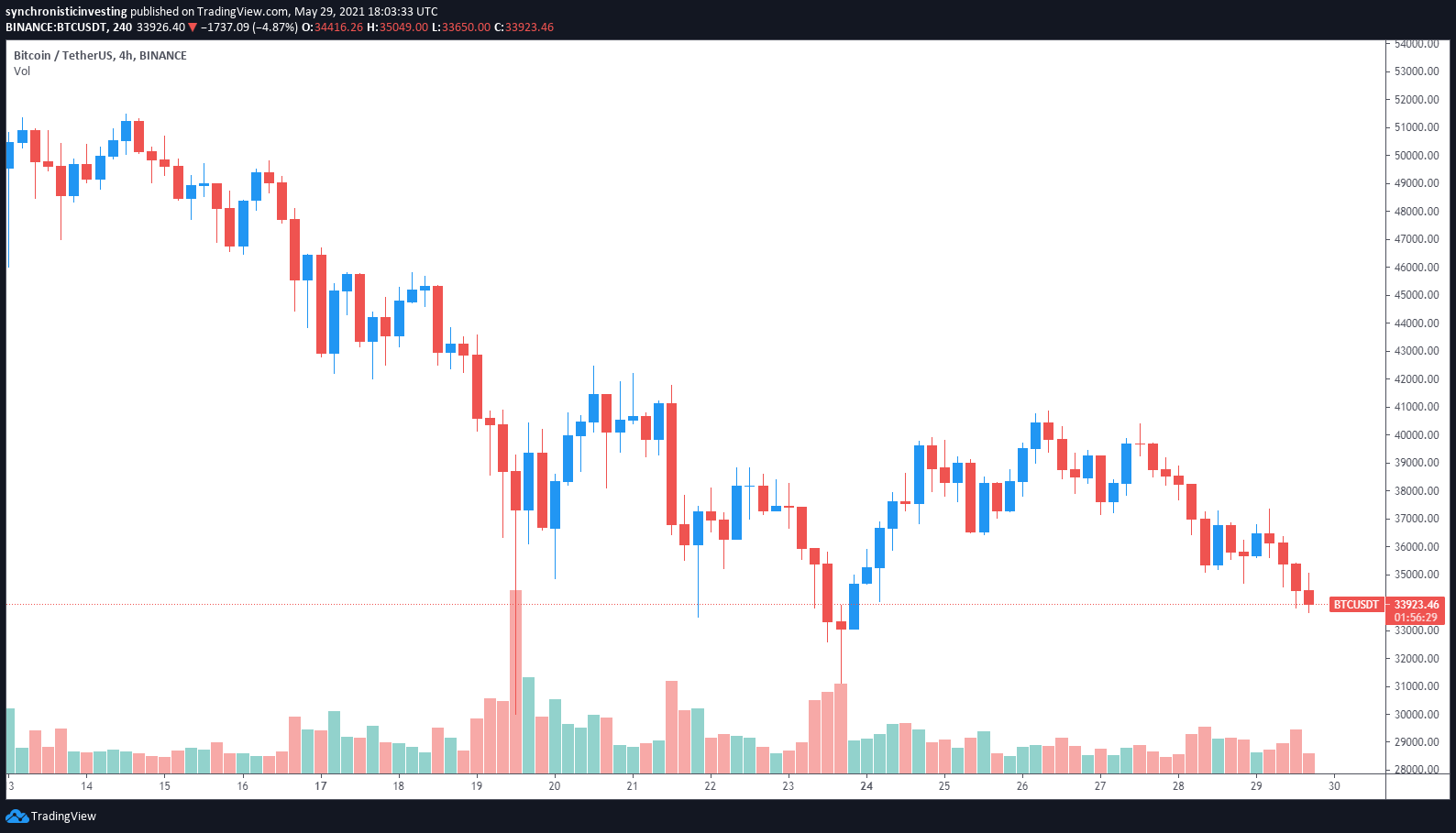 Price action for Ether (ETH) was nearly identical to that of BTC, with an attempt to break above $2,500 met with stiff resistance that pushed the altcoin’s price down to $2,300.

According to analysis from filbfilb, co-founder of Decentrader, Bitcoin’s price action is a major source of  the market’s confusion as it remains a ways away from the 20 Week Moving Average (WMA) “which is typically the line between Bitcoin being either in a bull or bear market and as such remains a bearish scenario for Bitcoin.” 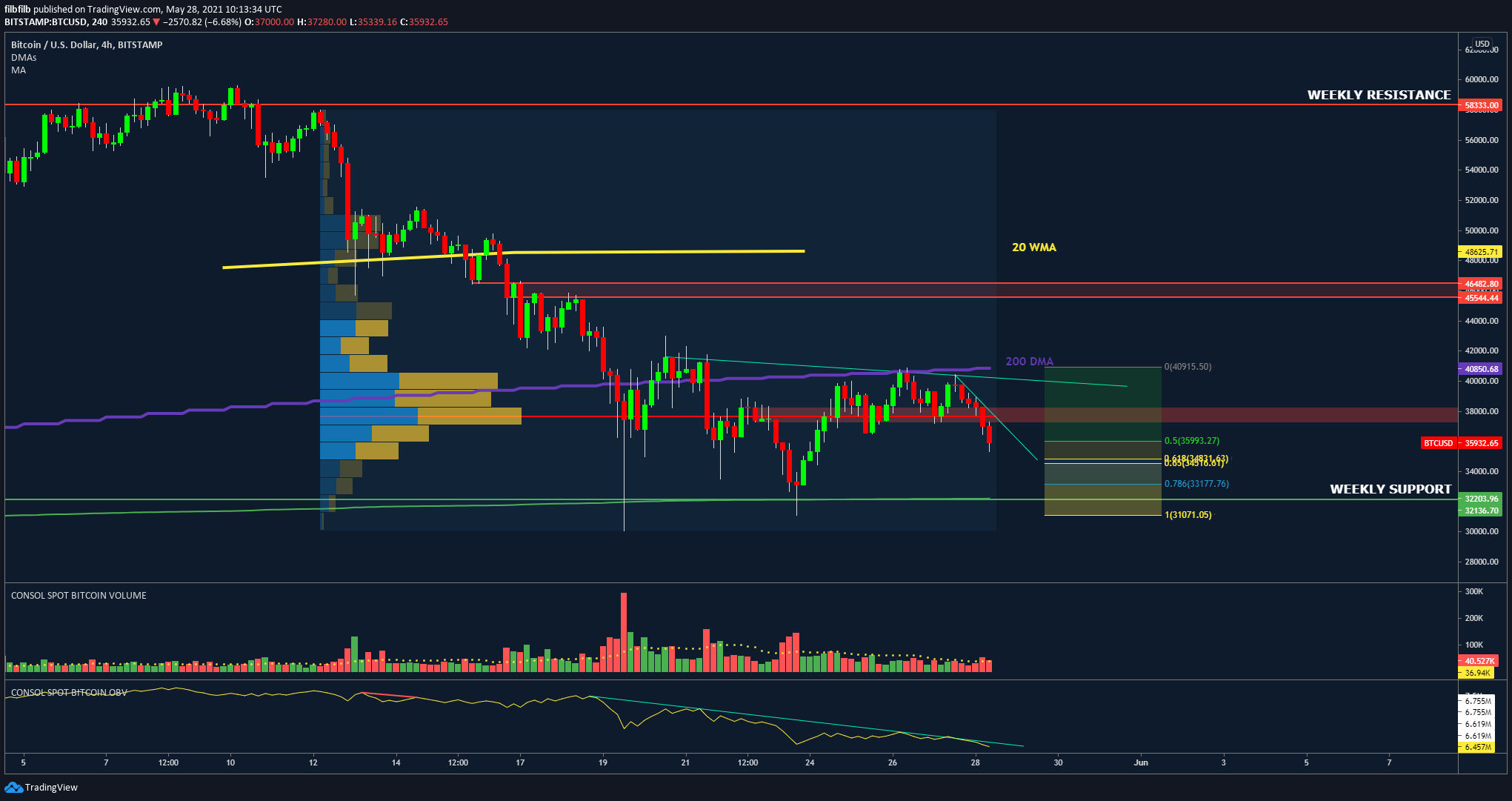 The analyst went on to further state that if Bitcoin is able to find solid support in the low $30,000s, the 20 WMA could turn into a major resistance zone in any attempt to move higher.

“A drop lower would likely make the low $20,000s or the 78.6% retracement a likely target. As such, price action over the next week is particularly important.”

At this point, according to filbfilb, it is crucial for BTC to reclaim $37,500 “to avoid a retest of weekly support.”

Should Bitcoin manage to stage a rally and break above $40,000, filbfilb identified the previous support/resistance zone at $45,500 to $46,500 as the next area of resistance that will need to be overcome.

Ether performed slightly better than BTC after it sold off back to the 61.8% retracement as the price was able to bounce back above the 20 WMA, but was ultimately rejected at the “critical pivot price” of $3,000 as the recovery momentum faded. 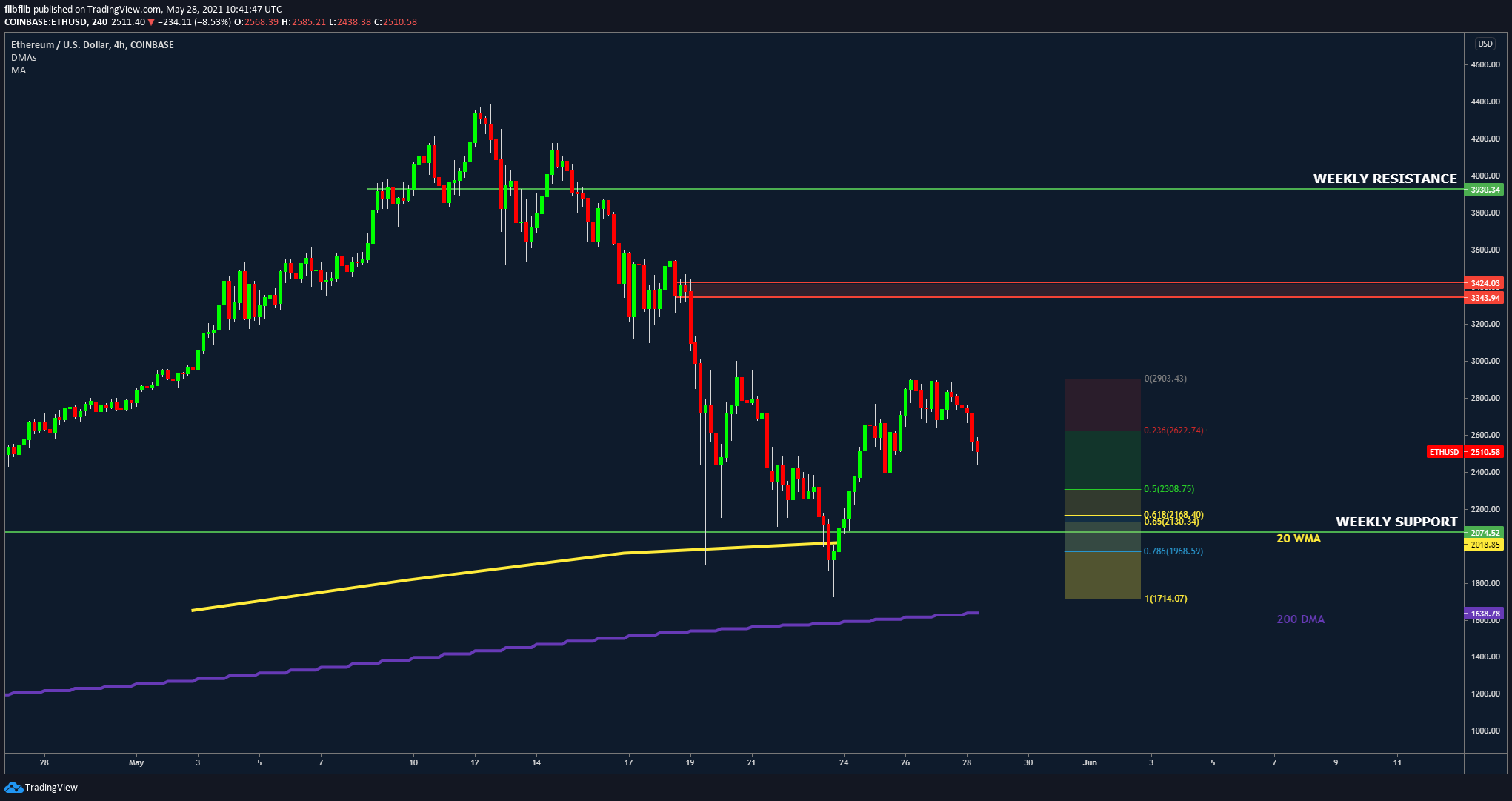 Filbfilb identified $2,300 as an important area of support for Ether that would need to be held if bulls wanted to gather momentum for an attempt to break above the $3,000 level and retest $3,300, with this scenario be highly “dependent upon the strength of Bitcoin.”

Overall, the analyst expects that Ether will outperform BTC in any upside move and “at least match any bearish movement.”

“For now, eyes are on Bitcoin to see if the lows can be held going into the weekend, with particular attention being around the 200 DMA which is currently the line in the sand for the bulls.”