Lux Capital has raised $1.5 billion more to invest in — and create — new startups 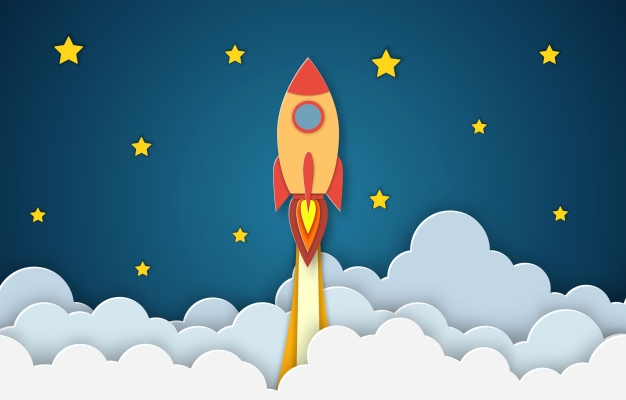 The fundraising continues apace in the go-go world of venture capital. Today, it’s Lux Capital — known for its frontier investing — that has closed a $675 million early-stage venture fund and an $800 million growth-stage fund from its existing LPs, including many of the foundations, endowments, and family offices that have backed the firm from its start in 2000.

It’s easy to appreciate why they would re-up. Over the last 12 months alone, a dozen of Lux’s portfolio companies have either been acquired, gone public, or announced plans to go public, either via a SPAC of the good-old-fashioned way. Among them is Zoox, bought by Amazon last year; Desktop Metal, which went public by merging with a blank-check company last December; and Shapeways, which agreed in April to merge with a blank-check company.

The most recent of Lux’s portfolio companies to announce a SPAC deal is Bright Machines, a manufacturing software company that two weeks ago announced a merger with a publicly traded shell company. (Lux also raised its own $345 million blank-check company last fall, one that has yet to identify a target.)

Still, even a firm with Lux’s track record isn’t immune to competition in a crowded market. That’s partly why Lux — whose last two funds closed with a collective $1 billion in August 2019 —  has incubated more than a dozen companies of its own, says the firm’s cofounder, Peter Hebert, who talked with us yesterday from Menlo Park about that approach, along with whether and when he sees a correction coming. Some of that conversation is excerpted below, edited lightly for length.

TC: What size checks will you be writing from these new funds?

PH: The median investment in this current early-stage fund will be about $25 million over the life of [each] investment, and that could range from $100,000 to something like $50 million. With our opportunity vehicle, that can be up to a $100 million check and also larger, but I would expect there to be at least one investment in that range.

TC: And the opportunity fund can back companies inside of the portfolio or outside it?

PH: That’s right. I would expect that the majority will be companies where we were an early-stage lead investor, but that there’s no requirement that it’s exclusively Lux-seeded or Series-A-backed companies that receive investment. There’ve been a handful of companies we’ve backed in the past [that weren’t earlier bets] including (the liquid biopsy company) Thrive Earlier Detection [which was acquired soon after], (contract management software maker) IronClad [backed earlier this year], and (the at-home health testing company) Everly Health [which Lux first funded in December].

TC: What startup in your portfolio right now has received the most funding from Lux?

PH: I guess that would be Applied Intuition (which makes simulation software and infrastructure tools to test and validate autonomous vehicles at scale).

TC: How much do you look to own?

PH: Generally, where we are coming in as the lead institutional investor in a Series A, it’s 20% to 25%, and that can be higher or lower. In many cases, we will create companies from scratch and more often those can be as high as 50%.

TC: I didn’t realize that incubating companies was a big part of Lux’s business.

PH: Yeah, for us, one of the most successful of our investments was a company called Kurion that was a pioneer in nuclear waste remediation that we created based largely on the vision of my cofounder, Josh Wolfe, and his view on the future of alternative energy. We recruited all these great folks out of MIT’s material science department and built that and owned north of 30% when it was acquired by a French waste water company, Veolia, for $400 million in 2016 — and that [was part of a] $100 million fund.

TC: How active are you on this front right now? Given how heated pricing is out there, I’d think it’s a good time to be starting companies in-house.

PH: In the last two to three years, we’ve been most active in new [company] formation for exactly [those] reasons. It’s not like we’re just a factory [looking to] churn things out. Inspiration is the starting point. But whether it’s a market opportunity that we assess,  or whether it’s interesting science and tech that needs a catalyst to get things off the ground, we’re happy to play that role.

TC: What do you think of what’s happening in terms of the feverish pace of fundings and how quickly companies’ valuations are soaring? It seems nuts, but it’s also hard to imagine it ending anytime soon.

PH: I think we’re uncomfortably optimistic. Structurally, [I’m optimistic] because the way that science and technology are funded today is so changed. When I got into business in the late ’90s, the venture industry was small, it was provincial, it was people on Sand Hill Road who wouldn’t talk with anyone who was beyond 10 miles of their office. People were proud to know nothing about the financial markets because there was little connectivity in terms of their impact on [what VCs were doing].

Now it’s global and while some might say the market is frothy, [all that capital is] allowing companies that are really ambitious and that require capital that otherwise might not have [materialized] to [gain momentum], and from the perspective of scientific advancement and technological progress, this is good.

There will certainly be experimentation, people will lose money, there will be hundreds of companies funded and most of them wash out. But there’s going to be a lot of lasting transformative change that comes out of all of this.