The Delta Variant and Low Vaccine Rates Could Spell Trouble

By many metrics, the US is doing relatively well against the pandemic coronavirus. National tallies of cases, hospitalizations, and deaths are all at lows not seen since early last year. Several states have hit the goal of having 70 percent of adults vaccinated with at least one dose, and many areas are easing or lifting health restrictions in response to suppressed transmission levels.

But those hard-fought gains were accompanied by a grim milestone Tuesday: The national death toll reached 600,000. That’s roughly the population of Milwaukee or Baltimore. And experts are voicing concerns that the state of the pandemic could once again take a turn for the worse in the US.

Earlier this year, Alpha out-spread other versions of the virus to become the predominant strain in the US. Now, experts expect Delta will take its place, just as it did in the UK. The US Centers for Disease Control and Prevention on Monday officially dubbed Delta a “variant of concern.”

“Right now, in the United States, [Delta accounts for] about 10 percent of infections. It’s doubling every two weeks,” said Scott Gottlieb, former commissioner of the Food and Drug Administration, Sunday on Face the Nation. “So it’s probably going to become the dominant strain here in the United States. That doesn’t mean that we’re going to see a sharp uptick in infections, but it does mean that this is going to take over. And I think the risk is really to the fall—that this could spike a new epidemic heading into the fall.”

Adding to the worry is new data that suggests Delta may also cause more severe disease—in addition to spreading to more people. Early findings out of Scotland suggest infections with the Delta variant were associated with nearly double the risk of infected persons ending up hospitalized compared to infections with the Alpha variant. The data was published Monday as correspondence in the Lancet. Experts say they’ll need more data to confirm that risk. 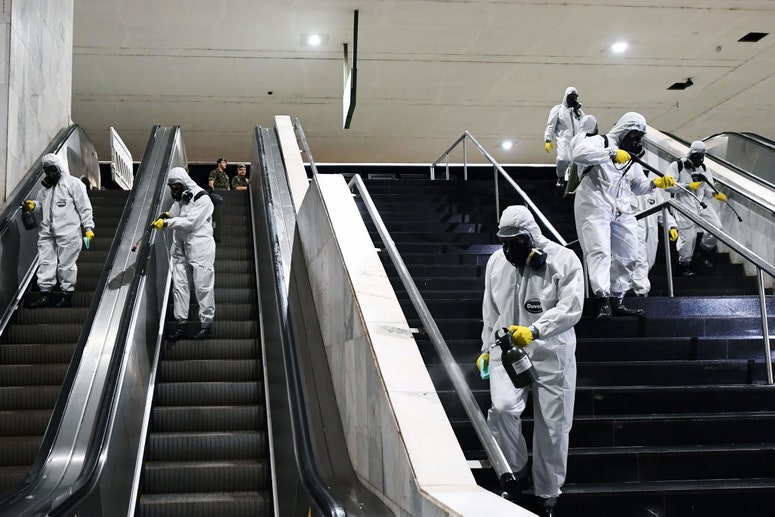 The good news in all of this is that being fully vaccinated appears to protect against Delta. At the end of May, researchers at Public Health England posted data (which had not been peer-reviewed) indicating that two doses of the Pfizer-BioNTech vaccine were 88 percent effective at preventing a symptomatic infection with the Delta variant. Meanwhile, the data said, two doses of the Oxford-AstraZeneca vaccine were 60 percent effective. (Notably, just one shot of either vaccine was not protective, offering only 33 percent efficacy against symptomatic Delta infections. Experts emphasized the importance of not skipping the second dose.)

“So we have the tools to control this and defeat it,” Gottlieb noted.

But experts are still concerned. The pace of vaccination has slowed significantly in the US, and many states—particularly in the South—are far behind the goal of getting 70 percent of adults at least one vaccine. Pockets of low vaccination are fueling fears among experts, including Gottlieb, that cases could once again spike as Delta continues its spread.

Peter Hotez, director of the Texas Children’s Hospital Center for Vaccine Development, echoed that concern Tuesday. He told CNN that he is “extremely worried” about the Delta variant. He emphasized that right now is “crunch time” to get fully vaccinated—which takes five to six weeks—before Delta spreads further.

In a press briefing last week, top infectious disease expert Anthony Fauci made a similar plea, pointing to the rapid spread of the Delta variant in the UK. “We cannot let that happen in the United States,” he said. This “is such a powerful argument … to get vaccinated.”