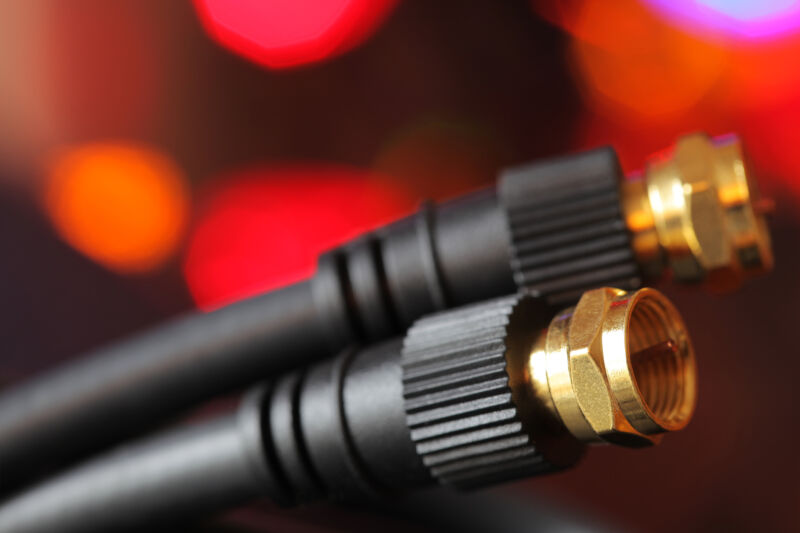 Altice is slashing its cable-Internet upload speeds by up to 86 percent starting on July 12. Altice Optimum Online plans that currently have advertised upload speeds of 35Mbps will be reduced to uploads of either 5Mbps, 10Mbps, or 20Mbps, depending on the plan. Altice did not announce any immediate price changes on the plans that are getting upload-speed cuts.

Altice claimed that its cable network isn’t having any trouble offering its current advertised speeds. “Our network continues to perform very well despite the significant data usage increases during the pandemic and the speed tiers we offer,” the company said. The upload-speed change is apparently being implemented not to solve any network problem but to match the slower upload speeds offered by other cable ISPs. Altice told Ars that it is changing its cable upload speeds to bring them “in line with other ISPs and aligned with the industry.”

Additionally, Altice’s 400Mbps-download plan is being cut from 40Mbps uploads to 20Mbps, while the gigabit-download plan’s upload speeds are being cut from 50Mbps to 35Mbps. As a Stop the Cap article on Monday noted, Altice listed the upcoming changes in a chart on its website: 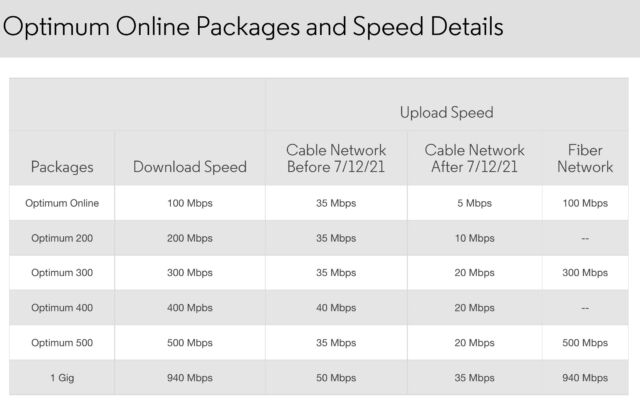 reportedly just 20 percent of Altice’s footprint, so most of its customers can’t get symmetrical speeds. Altice told investors that it will add 500,000 more homes to its fiber network this year. Including cable and fiber, Altice offers service in 21 states and had 4.4 million Internet customers at the end of Q1 2021.

Altice purchased Suddenlink in 2015 and Cablevision in 2016, becoming the fourth-largest US cable operator after Comcast, Charter, and Cox. The upload-speed changes will be rolled out to all parts of Altice’s network, as the company told Ars that it is “aligning speed tiers across our footprint.”

For years, the cable industry has been teasing future upgrades that would let cable networks deliver symmetrical download and upload speeds just as fiber networks do. But despite upgrades to DOCSIS, the Data Over Cable Service Interface Specification, major cable providers generally still do not provide upload speeds higher than 35Mbps.

Altice cutting its cable upload speeds while building out symmetrical-speed fiber is another indication that fiber will maintain its superiority over cable networks for the foreseeable future. A year ago, Cox lowered upload speeds in some entire neighborhoods due to congestion, and no cable network appears close to delivering an upload-speed breakthrough to customers.

Comcast recently touted a lab test in which it used DOCSIS 4.0 to deliver 4Gbps uploads and downloads over cable, but the company gave no indication of when it will raise its commercially available cable-upload speeds. Like Altice, Comcast only offers symmetrical speeds on its fiber network, which isn’t as widespread as its cable footprint.