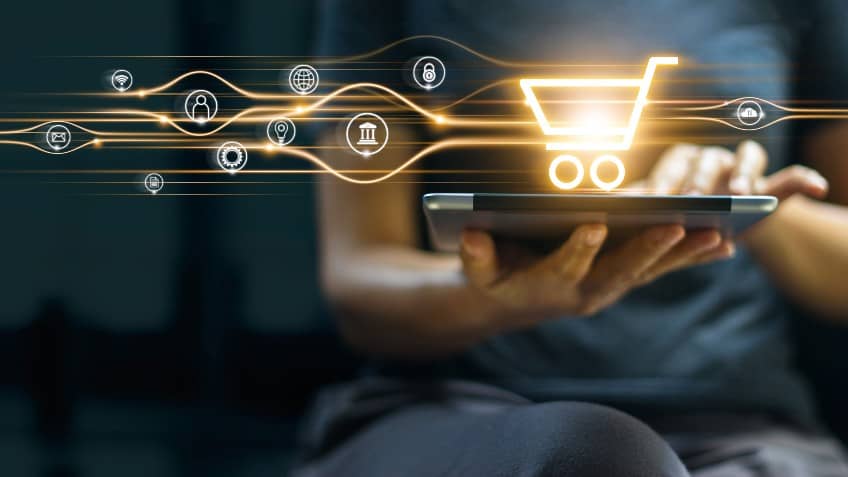 For long-term growth investors, Shopify (TSX:SHOP)(NYSE:SHOP) stock is synonymous with capital gains. Indeed, in recent years, Shopify stock has absolutely blown away the returns of the market. Indeed, this hyper-growth stock has provided investors with a more than 50 times return since its IPO six years ago.

Now, considering how far and how fast Shopify stock has run, many investors may be hesitant to jump in at these levels. After all, it’s not a cheap stock by any stretch of the imagination.

However, there are reasons why investors may not want to ignore Shopify stock today. Here’s why.

The ability for Shopify stock to continue to grow at its unprecedented pace really depends on a few factors.

Perhaps the most important factor to long-term investors is whether e-commerce growth can remain this robust. After all, last year was an anomaly. As a result of the pandemic, SMBs were forced to transition toward e-commerce or risk bankruptcy. That’s a recipe for growth, and Shopify certainly saw its fair share of growth last year.

However, whether this sort of growth is sustainable is the real question. Investors are now considering whether the changes we’ve seen with consumer shopping habits are structural or temporary. Indeed, that’s a difficult question to answer. And honestly, I think this answer will only be found over time.

That said, we can all agree the transition to e-commerce has certainly been accelerated by a few years as a result of the pandemic. Accordingly, some future demand may have been pushed forward. Whether or not demand continues to outpace expectations or not remains to be seen. However, given Shopify’s continued ability to blow away analyst expectations, I wouldn’t be surprised to see continued outperformance on the horizon.

Stripe and Shopify strengthen their bonds

Another key growth factor I think investors are keeping an eye on is in relation to Shopify’s key partnerships. One such partnership that’s getting a lot of attention right now is Shopify’s deal with Stripe.

It was recently announced that Shopify has taken a $350 million position in Stripe, an emerging online payment-processing platform. The synergies with respect to this deal are obvious. And if Shopify can eventually take Stripe over (it’s not out of the question), perhaps Shopify’s growth prospects will look even brighter (as if that’s even possible).

I think Shopify’s ability to see the future, and aggressively acquire the skills and talent to go in a particular direction is key to the investment thesis with this stock. The company’s product platform is among the best. And the verticals Shopify has expanded to leave much room for excitement with this stock.