Bitcoin can’t be viewed as an untraceable ‘crime coin’ anymore 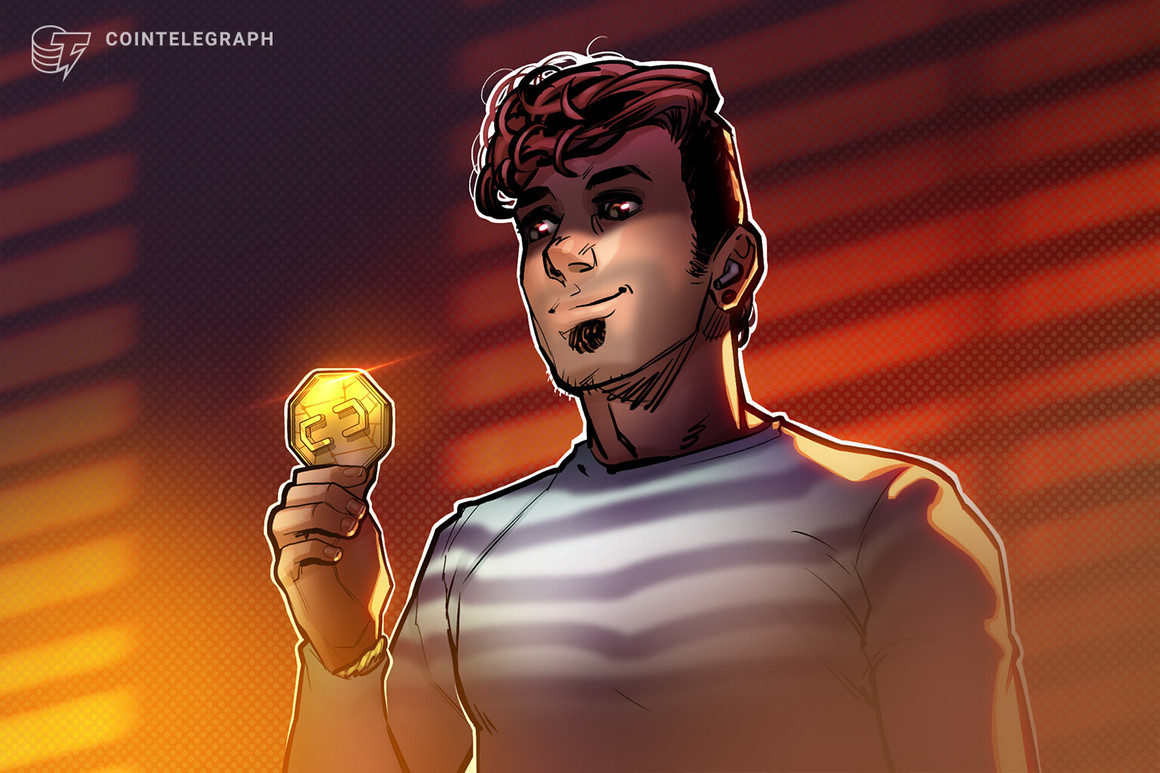 Cryptocurrency is a new technology that has entered the common discourse, setting the stage for a complete upheaval of our long-established financial systems. Of course, some skepticism is unavoidable.

Crypto’s association with criminality adds to this shared sense of skepticism. There is no denying that cryptocurrency has and continues to be used for illicit activities across the globe. Having said this, with the use and applicability of crypto becoming increasingly commonplace, the narrative that its creation has facilitated mass criminality needs to be addressed.

Bitcoin (BTC) was introduced as a bartering tool on Silk Road, a notorious online black market. Criminals-for-hire being among Bitcoin’s first users inflicted reputational damage. Coupled with the mysterious origins of Bitcoin, being that nobody actually knows where it came from or who invented it, public preconceptions of this new form of money were understandably unfavorable. Fast forward to 2021, and El Salvador’s citizens are encouraged to use Bitcoin specifically to buy groceries and pay utilities.

Related: The history of Bitcoin: When did Bitcoin start?

For the majority of onlookers, crypto moved abruptly from its deep ties with the darkest parts of the internet to creating a brighter future for citizens of developing countries. This was the result of a vast amount of experimentation, blossoming use cases and continued investment. However, for many outside observers, El Salvador’s adoption marks a minuscule positive use of an otherwise tainted technology. In failing to address the reputational damage caused by Bitcoin’s origins, the industry facilitates continued blockades between further positive use cases for crypto.

Educating the public on the actual benefits of cryptocurrency would not only benefit the industry in the short term but would allow for the continued systemic innovation and growth of blockchain technology. BTC is the poster child for blockchain, and tackling misconceptions about the digital asset is a huge and necessary step that regulators and the wider industry have, as yet, failed to acknowledge.

As it stands, any questions the public has about the links between crypto and crime are answered by sensational headlines, which detail a narrative of criminals continually utilizing BTC, rather than the many positive advancements happening in the wider blockchain space. A shared understanding of the actual cryptographic technology that facilitates cross-border, peer-to-peer payments is vital in dismantling the narrative around Bitcoin and severing the links between crypto and crime.

Bitcoin is not an untraceable, anonymous, malicious tech used by hackers and nefarious crime syndicates. It is a decentralized, fully traceable, secure peer-to-peer payment system built on the blockchain. While the digital currency can be created, moved and stored outside the control of any government or financial institution, each payment is recorded in a permanent fixed ledger.

That means all cryptocurrency transactions, including Bitcoin, are out in the open. In other words, the anonymity associated with crypto and crime is unfounded. Earlier this summer, United States investigators were able to trace Bitcoin worth more than $4 million that the Colonial Pipeline had paid to the hackers during an attack. This not only highlights the traceability of cryptocurrencies but proves that the common assumption of anonymity is incorrect.

The issue, illustrated by the Silk Road and other illicit activities facilitated by Bitcoin, is in the law’s inability to catch criminals who are using cryptocurrency. This is changing, and the playing field is becoming increasingly level. In the United Kingdom, British police seized around $155 million worth of Bitcoin from a criminal gang, highlighting the expansion of policing capabilities. The real-world examples of police tracing BTC transactions dismantle the idea that Bitcoin is an untraceable “crime coin.” Like fiat currency, it is simply a tool used by criminals.

Although the number of ransomware attacks linked to crypto seems staggering, it is dwarfed by comparison to the use of fiat currencies in similar crimes. In 2020, the criminal share of all cryptocurrency activity fell to just 0.34%. In comparison, 2% and 5% of global gross domestic product ($1.6 million to $4 trillion) annually is connected with money laundering and illicit activity. Considering the untraceability and anonymity associated with physical cash, and the continued improvement of policing capabilities, it is clear that the continued vilification of crypto is unwarranted.

Related: Banning cryptocurrencies to counter crime is a nonsensical excuse

Some of this vilification of cryptocurrency follows a naturally occurring public reaction to technological innovation. In the early days of the internet, many criticized the idea of an interconnected World Wide Web, detailing a myriad of societal impacts that resulted from the global expansion of the information superhighway. In some ways, the internet still facilitates new forms of crime. Its reputation, however, remains unstained, to the point where society would struggle to function without it. The internet completely severed its reputational association with criminality; it is assumed that crypto will do the same.

Crypto’s benefits are being drowned out

These links with criminality have been considered a notable cause for concern among financial institutions as decentralized technology continues to become mainstream. Some institutions, like the Central Bank of Turkey, that cited criminality concerns over crypto have outright banned cryptocurrency transactions, illustrating how the false criminality narrative is harming the overall expansion and adoption of an extremely beneficial technology.

Related: Crypto payments banned in Turkey — Is this just the beginning?

In El Salvador, a country torn apart by criminality, digital assets offer respite for citizens amid a low-income economy. The elimination of banking costs, and the low transaction fees and accessibility spawned by the use of Bitcoin, may transform the daily lives of many Salvadorans.

In Venezuela, BTC and other cryptocurrencies are helping the country regenerate its economy from crippling hyperinflation. These benefits of crypto adoption showcase the huge potential of mass cryptocurrency acceptance that is evidently thwarted by the consistent barriers created by the crypto crime narrative.

In some ways, crypto represents the wider blockchain industry, highlighting another significant issue associated with the vilification of digital assets. Blockchain can create systems where peers can lend to peers, preventing intermediaries from controlling financial processes, making finance more accessible for everyone. Additionally, the myriad technological innovations associated with the wider blockchain ecosystem that are set to benefit society must continue to battle against the false assumption that blockchain-based digital assets are creating crime.

As this battle continues, the early adopters of crypto pave the way forward, generating influential advocacy for the future of digital assets. AXA Insurance is allowing customers to pay their bills using BTC, Visa will soon accept cryptocurrency to settle transactions on its payment network, Amatil, the Asia-Pacific distributor for Coca-Cola, has enabled cryptocurrency payments for its suppliers, and luxury brands have committed to using blockchain for supply chain management. This is coupled with investments in Bitcoin from major financial institutions, such as JPMorgan Chase, Goldman Sachs, Citigroup, and BlackRock.

Related: Blockchain is not a panacea, but where needed, it’s the savior

Fundamentally, the overall consensus about crypto is perpetuated by the news cycle and a lack of shared understanding. From this, we can attest to two things: crypto is scaring a lot of people for the wrong reasons, and many regulators are scrambling to hinder its growth. Lawmakers want to create strict regulation around crypto to stamp out the anonymity associated with crypto transactions. But this demonstrates their lack of understanding of how crypto works.

Related: Authorities are looking to close the gap on unhosted wallets

This lack of understanding is evidently common among regulators like Rep. Bill Foster, who in a recent interview spoke about the strong “sentiment in Congress that if you’re participating in an anonymous crypto transaction, you are a de facto participant in a criminal conspiracy.” Yet Congress is not to blame for its members’ ill-informed ideas about crypto. Furthermore, if regulators and lawmakers are considerably out of touch with the tech, then how can everyday people be expected to understand anything about crypto that they aren’t being told?

Overall, what is needed is acceptance. Cryptocurrency, and the technology behind it, is being used to create opportunities and technological advancements in all areas of society, from healthcare to finance. Yes, some criminals use Bitcoin. However, as an industry we have a responsibility to share the good news and spread the true value of cryptocurrencies. Regulators must forgo the idea that banishing new technology will make all their troubles disappear. Legitimizing the technology and accepting the future will allow continued innovation in cybercrime prevention, aiding mass adoption and ultimately severing the untrue idea that crypto is inexcusably linked to crime.

Brad Yasar is an entrepreneur, investor, mentor and adviser with a global focus on blockchain and innovative technologies. He has conceived and bootstrapped several companies to maturity over the past 30 years. Brad is currently the CEO of Equifi, a decentralized global banking platform. He is also the founder of Beyond Enterprizes, offering strategic and technical leadership, advisory services and support to projects in all blockchain implementation and development stages.