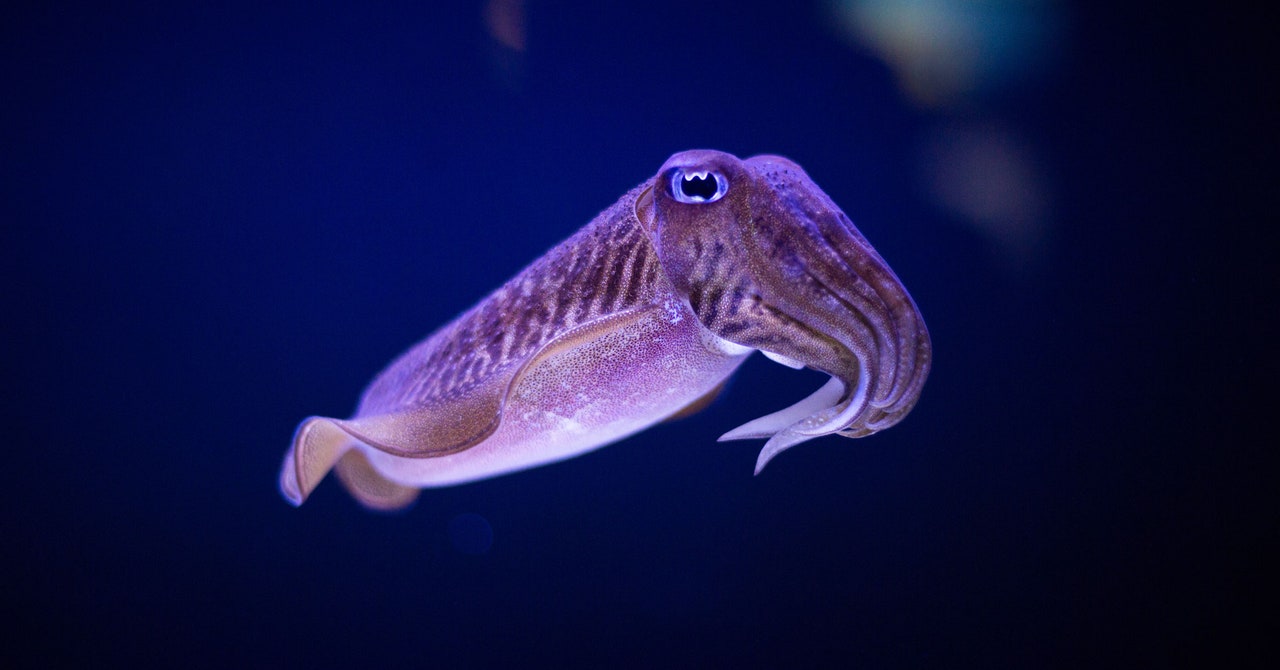 Can you remember what you had for dinner last weekend? That ability is a function of episodic memory, and how well we can recall the time and place of specific events typically declines with age. Cuttlefish also seem to exhibit a form of episodic memory, but unlike with humans, their capability doesn’t decrease as they get older, according to a new paper published in the Proceedings of the Royal Society B.

“Cuttlefish can remember what they ate, where, and when, and use this to guide their feeding decisions in the future,” said coauthor Alexandra Schnell of the University of Cambridge, who conducted the experiments at the Marine Biological Laboratory in Woods Hole, Massachusetts. “What’s surprising is that they don’t lose this ability with age, despite showing other signs of aging like loss of muscle function and appetite.”

Earlier this year, we reported on a study by Schnell and other colleagues showing that cuttlefish can delay gratification. Specifically, they could pass a cephalopod version of the famous Stanford marshmallow test: waiting a bit for their preferred prey rather than settling for a less desirable prey. Cuttlefish also performed better in a subsequent learning test—the first time such a link between self-control and intelligence has been found in a non-mammalian species.

In those experiments, the cuttlefish had to choose between two different prey items: It could choose to eat the raw king prawn immediately or delay gratification for the preferred live grass shrimp. The subject could see both options for the duration of the trial and could give up waiting at any point and eat the king prawn if it got tired of holding out for the grass shrimp.

The team also subjected the cuttlefish to a learning task to assess cognitive performance. The cephalopods first learned to associate a visual symbol with a specific prey reward, and then the researchers reversed the situation so that the same reward was associated with a different symbol. They found that the cuttlefish were all able to wait for the better reward and tolerated delays for up to 50 to 130 seconds, comparable to large-brained vertebrates such as chimpanzees, crows, and parrots.

This latest study focuses on whether cuttlefish have some form of episodic memory—the ability to recall unique past events with context about what happened, where it happened, and when it happened. Human beings develop this capability around age 4, and our episodic memory declines as we advance into old age. That’s in contrast to semantic memory, our ability to recall general learned knowledge without the context of space and time. Semantic learning in humans has been shown to remain relatively intact with advancing age.

The hippocampus region of the human brain plays an important role in episodic memory, and it’s thought that its deterioration over time is responsible for the decline in our episodic memory as we age. For a long time, scientists assumed that episodic memory was uniquely human because this kind of memory retrieval is associated with the conscious experience of recollection. Humans can express these aspects verbally; it’s much more difficult to evaluate the possible conscious experience in nonverbal (in human terms) animals.

Nonetheless, several animal species have been shown to demonstrate “episodic-like” memory capabilities—the term scientists in this subfield employ to “explicitly acknowledge that we are not assuming human attributes of language and the consciousness involved in awareness of the projection of self in time,” as Schnell et al. wrote in a footnote. For instance, a 1998 study found that jay birds can remember when and where they stored foraged food and what the food was. Behaviors indicative of episodic-like memory have also been observed in magpies, great apes, rats, and zebrafish.

Evidence of episodic-like memory has also been shown in cuttlefish. Cuttlefish lack a hippocampus, but they have a distinctive brain structure and organization, complete with a vertical lobe that shows similarities to the connectivity and function of the human hippocampus—i.e., learning and memory. Past studies have shown that cuttlefish are sufficiently future-oriented and can optimize foraging behavior and remember details of what, where, and when from past forages—hallmarks of episodic-like memory—adjusting their strategy in response to changing prey conditions.