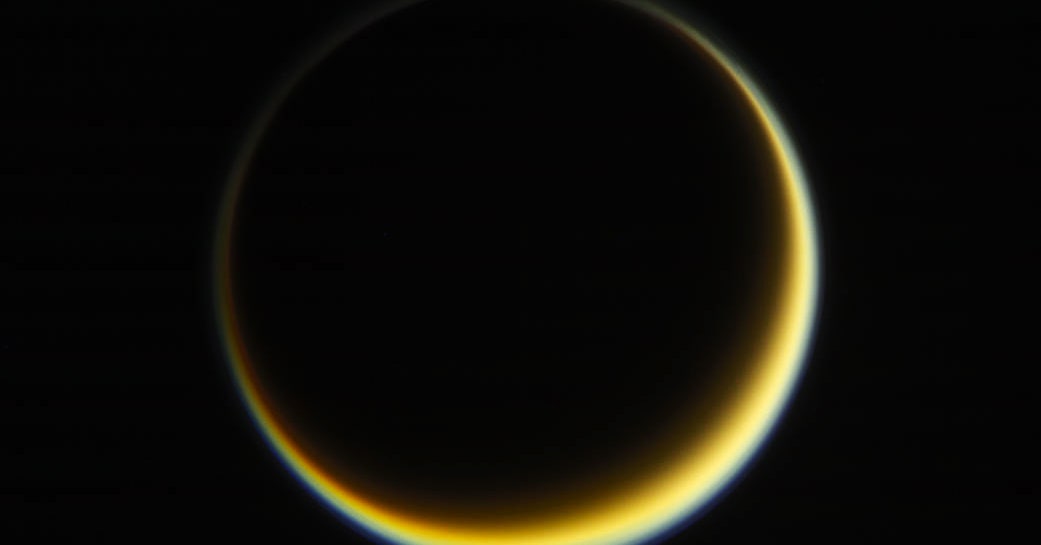 The landscape of Titan, Saturn’s largest moon, is both familiar and strange. Like Earth, Titan has rivers, lakes, clouds, and falling raindrops, as well as mountains of ice and a thick atmosphere. But instead of water, Titan’s chemical cycle is composed of liquid methane, an organic molecule made from one carbon and four hydrogen atoms. Researchers believe this swirling mixture of methane, combined with the moon’s nitrogen-laden atmosphere, surface water ice, and maybe some energy from either a volcano or a meteor impact, might have been the perfect recipe to create some kind of simple life form. That’s why Titan is one of the potential hot spots for life in the solar system, along with Jupiter’s icy moon Europa.

Several expeditions are preparing to launch to these faraway worlds in the coming decade: a European mission to Europa in 2022, NASA’s Europa Clipper in 2024, and the innovative NASA Dragonfly copter to Titan in 2027.

But before these spacecraft depart, scientists want to get an idea of how planetary chemistry on these moons work. Now a researcher has re-created Titan’s environment in a small glass cylinder and mixed organic chemicals under the same temperature and pressure conditions found on that moon. Organic molecules that are liquid on Earth—such as methane and benzene—become solid icy mineral crystals on Titan because it’s so cold, sometimes down to –290 Fahrenheit, according to Tomče Runčevski, an assistant professor of chemistry at Southern Methodist University, and the principal investigator on a study presented this week at the American Chemical Society meeting.

In a series of experiments, Runčevski took tiny glass tubes, sucked the air out of them with a pump, and added water ice. Then, one at a time, he added nitrogen, methane, its chemical relative ethane, and other organic compounds. Each time, he varied the composition of the chemical mixture inside the glass cylinders to see what would happen. He next applied pressure—equivalent to about 1.45 times Earth’s atmosphere—and reduced the temperature by surrounding the vials with extremely cold air.

“We introduce a sequence of chemicals the way they would be introduced on Titan,” Runčevski says. “First we would put the glass tube in a vacuum to get away all the oxygen, then we put in methane to mimic the atmosphere on Titan. And then we put in the other organic molecules and we study them.”

Under that moon’s atmospheric pressure and temperature, he found that two organic molecules abundant on Titan and toxic to humans here on Earth—acetonitrile and propionitrile—become a single crystalline form. On Titan, these two molecules are formed by the combination of nitrogen and methane, plus energy from the sun, Saturn’s magnetic field, and cosmic rays. Acetonitrile and propionitrile start as a gas in the atmosphere, then condense into aerosols, and then rain down onto the moon’s surface and become chunks of solid minerals in several forms.

I understand if you’ve reached chemistry overload. But if you care about biology, or more precisely exobiology, the science of life on other planets, then the shape and form of chemical compounds are critical. It’s the first time that these two chemicals have been combined into a crystal shape on Earth under the conditions present on Titan.

Another important finding is that the outer facet of the crystal also has a slight electric charge, or polarity, on its surface. That surface charge can attract other molecules such as water—which would be necessary to form the building blocks of carbon-based life.

This new experiment doesn’t prove that there’s life on Titan, but it means that researchers can discover new things about its weird, frigid surface environment even before the NASA Dragonfly spacecraft lands there. “We cannot say there is or there is not life on Titan, but we can definitely say that the conditions for life are there,” Runčevski says. “Titan is the closest thing to Earth that can harbor life in a way that we would perceive it as similar to life on Earth.”