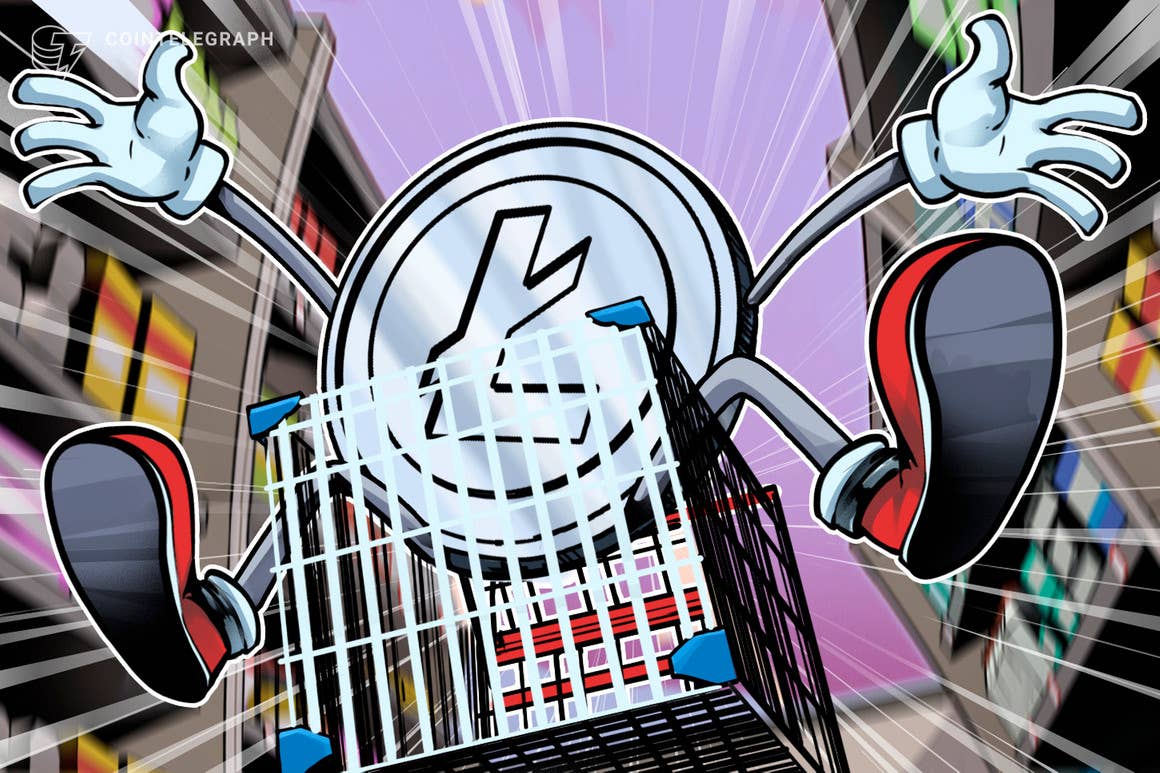 The price of Litecoin rose to more than $237 this morning following erroneous reports from major news outlets that U.S. retailer Walmart would be introducing a payment option for the cryptocurrency on all its eCommerce websites.

CNBC, Reuters, Decrypt and others reported on Monday that Walmart planned to have a “Pay with Litecoin Option” for its retail websites starting on Oct. 1 as part of a partnership with the Litecoin Foundation, the organization financing and promoting adoption of the Litecoin (LTC) ecosystem. The reports seemed to spawn from a single press release through distribution service GlobeNewsWire. The release claimed Walmart chose to adopt LTC for payments based on its “cheaper and faster” features and the token having “no central authority.”

However, according to CNBC, a Walmart spokesperson confirmed the press release was “not authentic” roughly an hour after the initial report broke. The Litecoin Foundation’s director of marketing Jay Milla also told Cointelegraph the announcement did not come from the foundation.

“The Litecoin Foundation has yet to enter into a partnership with Walmart,” said Milla.

Data from Cointelegraph Markets Pro shows the LTC price surged more than 35% immediately following promulgation of the fake report — from $175 to a monthly high of more than $237 — before sharply falling. At time of publication, the price of Litecoin is $180.

With a market capitalization of more than $406 billion, Walmart has previously hinted it would be looking into cryptocurrencies. In August, the company posted a job listing for an expert who could develop a digital currency strategy and product roadmap, but did not specifically mention it would be introducing a path for crypto payments. In addition, Walmart has used blockchain technology for supply chain management, customer marketplaces and smart appliances.

Cointelegraph reached out to Walmart, but did not receive a response by time of publication.