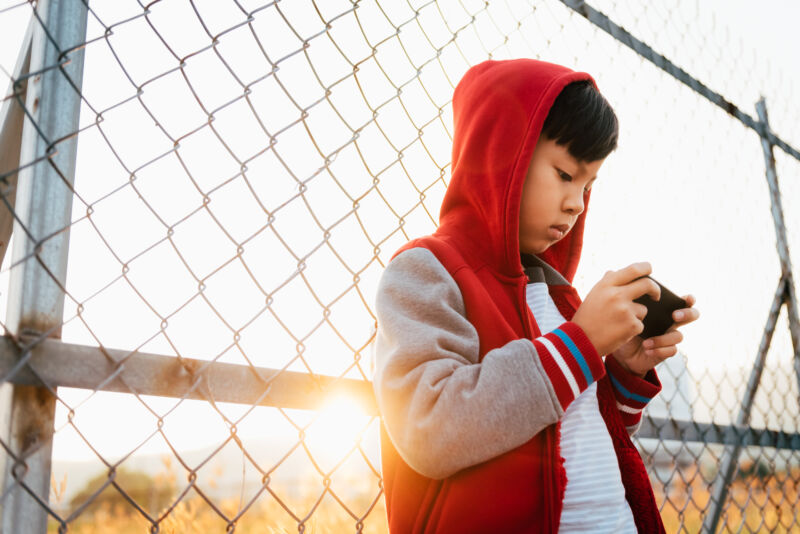 Enlarge / Be sure you know what you’re getting into before buying and using unfamiliarly branded smartphones—especially international models not originally intended for your country.

43 with 35 posters participating, including story author

The Lithuanian National Cyber Security Centre (NCSC) recently published a security assessment of three recent-model Chinese-made smartphones—Huawei’s P40 5G, Xiaomi’s Mi 10T 5G, and OnePlus’ 8T 5G. Sufficiently determined US shoppers can find the P40 5G on Amazon and the Mi 10T 5G on Walmart.com—but we will not be providing direct links to those phones, given the results of the NCSC’s security audit.

Huawei’s P40 is still stuck on Android 10, while Xiaomi ships with 10 but can be upgraded to 11. Only the OnePlus 8T shipped from the factory with Android 11 installed.

The OnePlus 8T 5G—arguably, the best-known and most widely marketed phone of the three—was the only one to escape the NCSC’s scrutiny without any red flags raised.

The NCSC found that seven default system apps on the Xiaomi phone can monitor media content for blocking from the user, using a regularly downloaded JSON file.

Several of the Xiaomi system applications on the Mi 10T 5G regularly download a file called MiAdBlackListConfig from servers in Singapore. In this file, the NCSC found 449 records identifying religious, political, and social groups. Software classes in these Xiaomi applications use MiAdBlackListConfig to analyze multimedia which might be displayed on the device and block that content if “undesirable” keywords are associated with it.

Although the NCSC discovered that the actual content filtering via MiAdBlackListConfig is disabled on phones registered in the European Union, the phones still regularly download the blocklist itself—and, the agency says, can be remotely reactivated at any time. 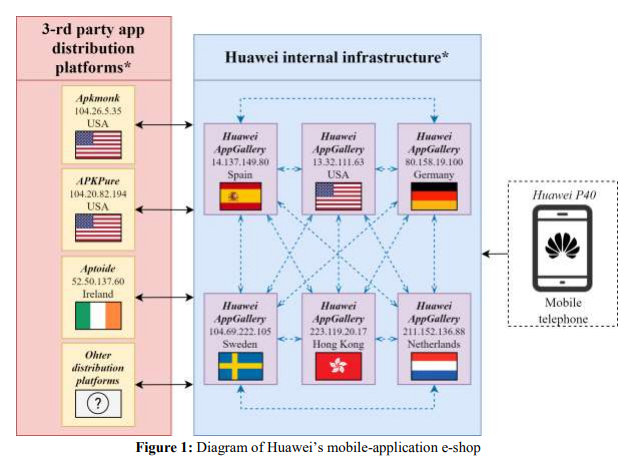 The NCSC found that users who search for applications in Huawei’s AppGallery are often redirected to potentially untrustworthy third-party repositories.

Although the NCSC did not find the same class of spyware and content-filtering modules in Huawei’s P40 5G as it had in the Mi 10T 5G, it still wasn’t happy with the phone’s software infrastructure—and for good reason.

The P40 5G’s most obvious problems stem from its replacement of Google’s Play Store with Huawei’s own AppGallery store, which it bills as “a safer place to get all your favorite apps.” The NCSC found that, if a user searches AppGallery for a particular application, they will be silently redirected to third-party app stores if no match is found in AppGallery itself.

We’re not certain how much salt to take with the NCSC’s specific “malware” findings since the agency did not reverse engineer any of the three apps VirusTotal didn’t like—and antivirus false positives on less well-known apps happen with some regularity. However, the apparently silent linking from AppGallery to third-party app stores does introduce a genuine risk of device compromise.

Although Apkmonk, APKPure, and Aptoide are all reasonably well-known “alternate stores,” they’re less thoroughly curated than Google’s own Play Store. Aptoide, for example, offers both its own main repository—which is curated, scanned, and appears to be as safe as the Play Store. But Aptoide also allows easy self-hosting of APK repositories for anyone who wants to upload their own—whether they’re a user wanting to “back up” APKs which could disappear from the Play Store, or a developer hosting their own original software.

The ease of repository creation on Aptoide—and the prevalence of pirated and cracked apps on its user repositories—makes incautious “shopping” by less-informed users a severe security risk, particularly when those users might not realize they’ve left the safety of the mainstream in the first place.

Even users not looking for pirated software may inadvertently stumble on malware-added repackaging or copycat versions of legitimate applications, with apparent “legitimacy” added by re-signing the modified or copycat application with the uploader’s own key.

Based on the NCSC’s findings, there doesn’t seem to be any issue with the OnePlus phone—which comes as little surprise, as it’s the only brand of the three which hasn’t come under repeated, negative scrutiny from non-Chinese administrations.

Particularly adventurous and/or Google-hating consumers might reasonably be interested in Huawei’s P40, which seems afflicted more with a lack of malware-preventing guardrails than with actual directly imposed censorship and/or spyware.

Finally, we’d strongly advise avoiding the Xiaomi Mi 10T—its deactivated but regularly updated blocklist functionality strikes us as a warning of direct authoritarian oversight which should not be lightly ignored.