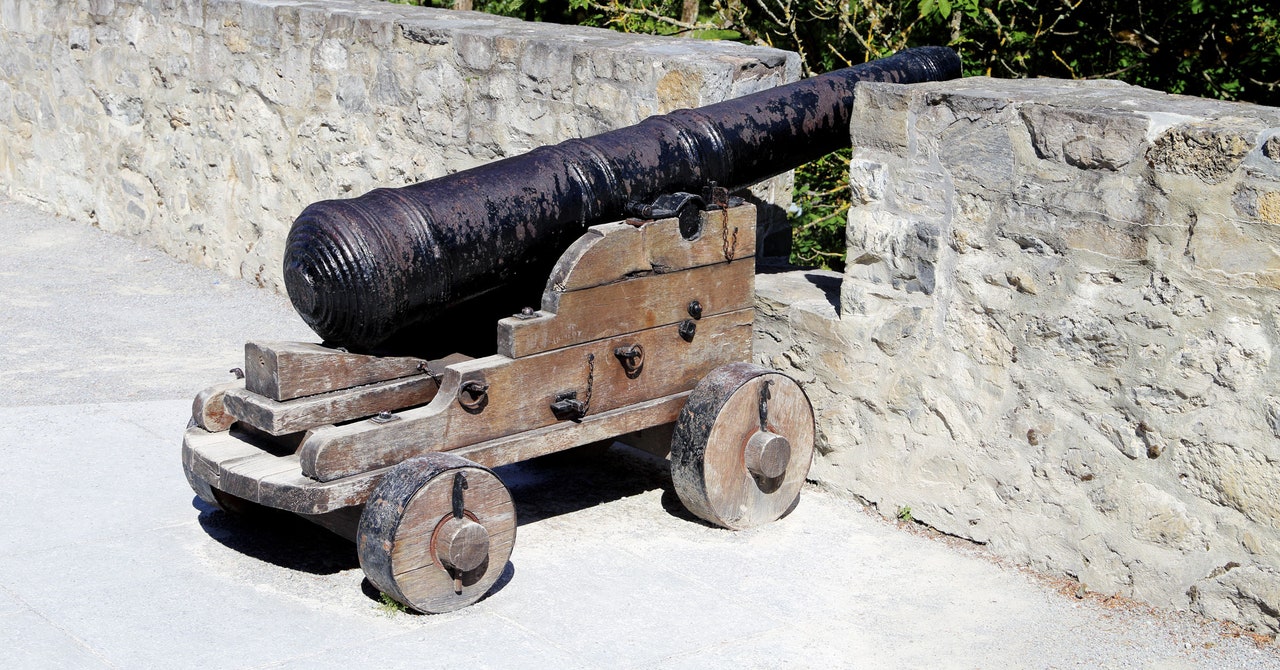 Making gunpowder is a bit like cooking, except more explosive. Gunpowder makers in the 14th and 15th centuries used black powder brought to Europe from China, then mixed its three ingredients together one by one: saltpeter (also known as potassium nitrate), charcoal, and sulfur. But they also made some chef-like improvisations, including a splash of brandy, vinegar, or varnish.

Now a group of experts at the US Army Military Academy at West Point has re-created these medieval recipes and tested the craft gunpowder in a replica cannon. They found that early gunpowder took a lot of experimentation to get right—and that gives them insights into how modern-day bombmakers might be using similar trial-and-error methods to assemble explosive devices.

The project started when West Point history professor Cliff Rogers was looking through the Feuerwerkbuch (German for “firework book”), a collected set of anonymous manuscripts. Rogers says the Feuerwerkbuch is a practical handbook for master gunners, discussing how to process the ingredients for gunpowder, how to make it, and how to load and fire a cannon. The manuscripts were assembled over a number of decades when the technology of gunpowder and artillery was changing rapidly; the book included recipes from the year 1336 to its publication in 1420 and used descriptive terms like “common,” “better,” and “still better” to describe the combustive properties of each mixture.

Rogers asked his colleague Dawn Riegner, a professor of chemistry, to fact-check one recipe that included an unusual ratio of sulfur, saltpeter, and charcoal. “The main goal was to check on the interpretation of one particular recipe that just seemed wrong,” says Riegner, who was lead author on the team’s paper, published this month in the journal ACS Omega. The issue turned out to be a translation error, not a scientific one, but that had piqued their interest. “Then it became: Well, what about all these other ingredients that the medieval gunners were putting in, and what was the thought process?” Riegner says. “Did these folks who have no chemistry degrees know what they were doing? Did they have a hypothesis about what these new ingredients would do for them, or how mixing them would help them?”

Riegner and Rogers decided to re-create these early recipes and find out whether they would still work. Riegner worked in her chemistry lab with her daughter, an engineering undergraduate at Stevens Institute of Technology, who was home during the Covid-19 pandemic last year. “We started mixing the ingredients in the lab, starting together the dry mixes,” she recalls. “And then, when needed, when expressed in the recipe, we would add different wet solutions as well, whether it was water or varnish or vinegar.”

Once they came up with a final product, the mother-daughter team put the material in a chamber containing pure oxygen to test the “bomb calorimetry” of the gunpowder, which is a measure of the amount of heat energy produced by its ignition. Tessy Richie, chief chemist at West Point, analyzed chemical residues from the lab and field tests.

Riegner says this part of the project ran into some obstacles. The ingredients used in the lab were of scientific quality, meaning they were extremely pure. But the sulfur and potassium nitrate used in the 14th and 15th centuries would have been more contaminated. That might have been one reason that gunpowder cooks added extra ingredients—the team found that, over time, the recipes started using larger amounts of sulfur in order to replace the more expensive saltpeter, which was difficult to obtain. The sulfur needed to be purified, hence the use of the other additives, Riegner says.