SQUID token up 600% today despite debacle and Binance investigation

The world’s biggest crypto exchange, Binance, has launched an inquiry into the Squid Game token to trace funds associated with the epic 45,000% pump and dump a few days ago.

The Binance Smart Chain-based gaming token SQUID is suspected to be an exit scam or rug pull according to the exchange. Despite this, some extremely optimistic users are still buying the token in hope of a resurrection, with the price surging six fold in the past 24 hours.

Binance is exploring options to assist those that bought the token and lost out in the crash. It is reportedly blacklisting addresses affiliated with the developers and using blockchain analytics to identify bad actors. It hopes to recover lost funds, although this seems a relatively remote possibility.

Binance determined the developers had used a coin mixer called Tornado Cash to obfuscate their transactions. “Our security team is currently tracing those funds,” a spokesperson told Barrons before adding:

“These types of scam projects have become all too common in the DeFi space as speculative crypto investors seeking the next ‘moon shot’ are quick to invest in projects without doing the appropriate due diligence.”

Binance intends to hand over its findings to the appropriate law enforcement agencies.

On Oct. 29, Cointelegraph reported that token holders were unable to sell after the price of SQUID pumped more than 45,000%. Industry observers had raised red flags at the time saying that it had all the signs of a scam such as closed social media accounts, anonymous developers, and a suspect white paper. Mainstream media outlets reported on the Squid Game token which ignited even more FOMO. 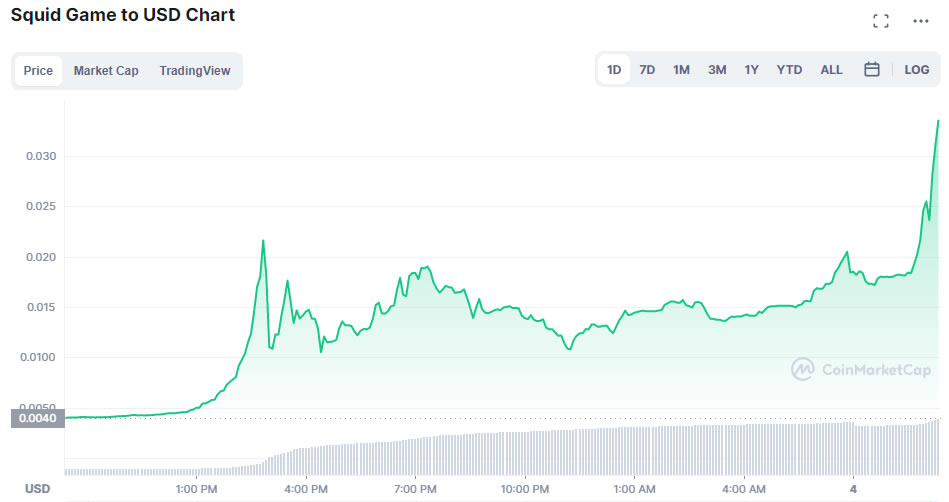 A number of copies of the token and its social media channel emerged within days, and the developers posted in the Telegram ‘Squid Game BSC’ channel that they “do not want to continue running the project as we are depressed from the scammers and are overwhelmed with stress.”

By Nov. 1, Twitter had flagged its account as suspicious and the token price collapsed by 99% wiping out gains from as high as $2,861 in a fall to near zero.

The Binance-owned CoinMarketCap tracker now displays a warning on its page for SQUID:

“There is growing evidence that this project has rugged. Please do your own due diligence and exercise extreme caution. This project, while clearly inspired by the Netflix show of the same name, is NOT affiliated with the official IP.”

Remarkably, people are still buying the tokens. At the time of writing, SQUID was trading up 600% over the past 24 hours at $0.038 according to CMC.