A New Theory for Systems That Defy Newton’s Third Law

The flocking of birds can also be viewed as a breaking of symmetry: Instead of flying in random directions, they align like the spins in a magnet. But there is an important difference: A ferromagnetic phase transition is easily explained using statistical mechanics because it’s a system in equilibrium.

But birds—and cells, bacteria and cars in traffic—add new energy to the system. “Because they have a source of internal energy, they behave differently,” said Reichhardt. “And because they don’t conserve energy, it appears out of nowhere, as far as the system is concerned.”

Hanai and Littlewood started their investigation into BEC phase transitions by thinking about ordinary, well-known phase transitions. Consider water: Even though liquid water and steam look different, Littlewood said, there’s basically no symmetry distinction between them. Mathematically, at the point of the transition, the two states are indistinguishable. In a system in equilibrium, that point is called a critical point.

Critical phenomena show up all over the place—in cosmology, high-energy physics, even biological systems. But in all these examples, researchers couldn’t find a good model for the condensates that form when quantum mechanical systems are coupled to the environment, undergoing constant damping and pumping.

Hanai and Littlewood suspected that critical points and exceptional points had to share some important properties, even if they clearly arose from different mechanisms. “Critical points are sort of an interesting mathematical abstraction,” said Littlewood, “where you can’t tell the difference between these two phases. Exactly the same thing happens in these polariton systems.”

They also knew that under the mathematical hood, a laser—technically a state of matter—and a polariton-exciton BEC had the same underlying equations. In a paper published in 2019, the researchers connected the dots, proposing a new and, crucially, universal mechanism by which exceptional points give rise to phase transitions in quantum dynamical systems.

“We believe that was the first explanation for those transitions,” said Hanai. 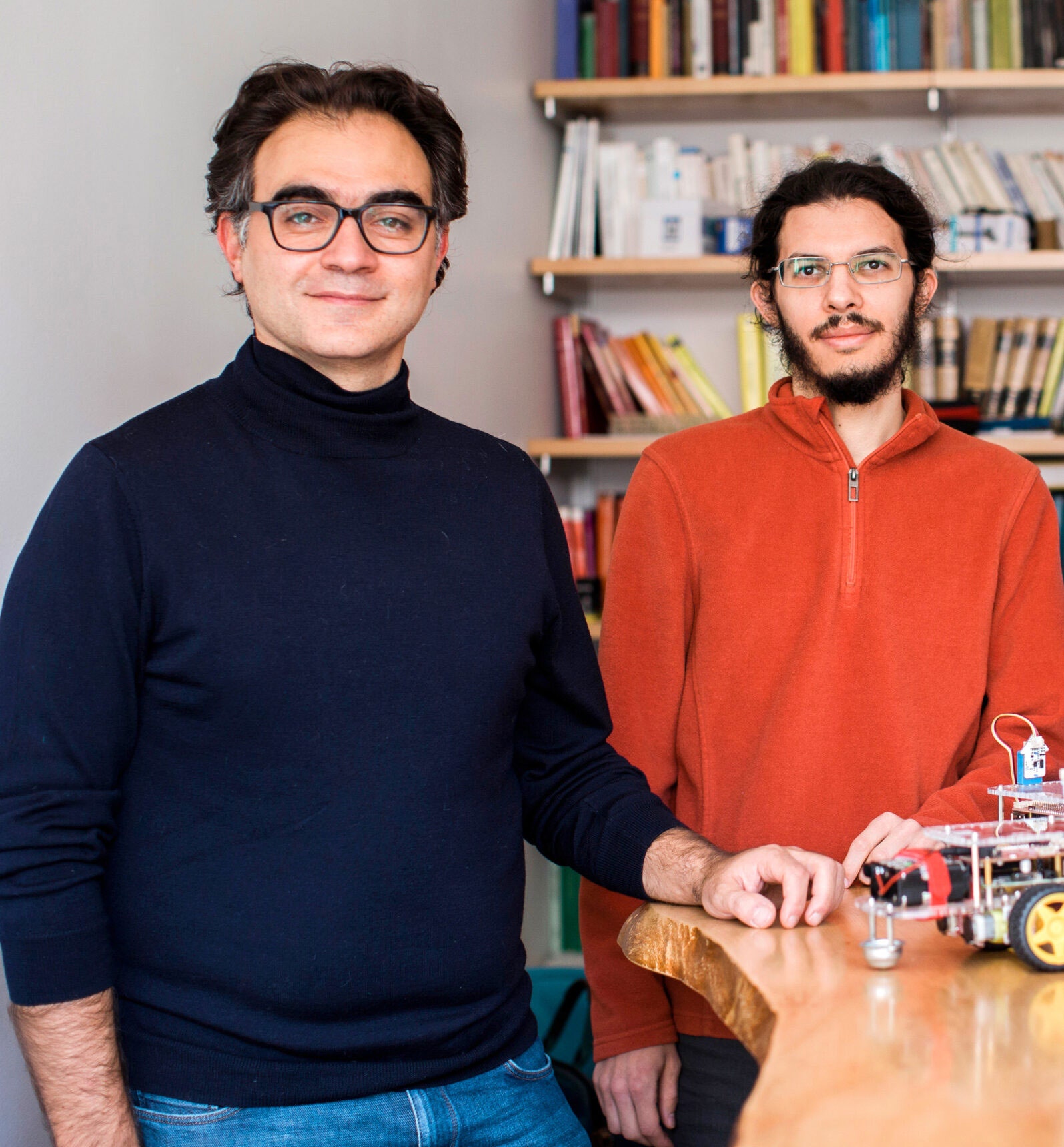 Vitelli and Michel Fruchart, also of the University of Chicago, joined Littlewood and Hanai in extending their quantum work to all nonreciprocal systems, using the mathematical framework of bifurcation theory and relaxing usual assumptions about the energy landscape.Photograph: Kristen Norman/Getty Images

At about the same time, Hanai said, they realized that even though they were studying a quantum state of matter, their equations weren’t dependent on quantum mechanics. Did the phenomenon they were studying apply to even bigger and more general phenomena? “We started to suspect that this idea [connecting a phase transition to an exceptional point] could be applied to classical systems as well.”

But to chase that idea, they’d need help. They approached Vitelli and Michel Fruchart, a postdoctoral researcher in Vitelli’s lab, who study unusual symmetries in the classical realm. Their work extends to metamaterials, which are rich in nonreciprocal interactions; they may, for example, exhibit different reactions to being pressed on one side or another and can also display exceptional points.

Vitelli and Fruchart were immediately intrigued. Was some universal principle playing out in the polariton condensate, some fundamental law about systems where energy isn’t conserved?

Now a quartet, the researchers began looking for general principles underpinning the connection between nonreciprocity and phase transitions. For Vitelli, that meant thinking with his hands. He has a habit of building physical mechanical systems to illustrate difficult, abstract phenomena. In the past, for example, he’s used Legos to build lattices that become topological materials that move differently on the edges than in the interior.

“Even though what we’re talking about is theoretical, you can demonstrate it with toys,” he said.