A recent report shows that Russia could potentially see a countrywide ban on cryptocurrency. Alternatively, it’s possible that crypto trading via regulated exchanges may continue under strict oversight.

On the one hand, Russia’s central bank is said to be behind a potential move to make crypto illegal in the country, according to Reuters. On the other hand, Anatoly Aksakov, who heads the Russian parliament’s Committee on Financial Markets, publicly disclosed that the industry may continue to operate under regulations that would ensure greater tax compliance. However, Aksakov left open the possibility of an outright ban.

The Commodity Futures Trading Commission (CFTC) now has a permanent chairman following approvals by the United States Senate. On Thursday, Rostin Behnam, who had been serving as acting chairman, was given the permanent position. The CFTC is one of three U.S. governing bodies responsible for crypto industry regulatory oversight.

Behnam has previously commented on the crypto space, noting that the CFTC should focus more on the sector. He noted in October: “Given the size, the scope and the scale of this emerging market, how it’s interfacing and affecting retail customers, and with the scale of the growth being so rapid, potential financial stability risks in the future, I think it’s critically important to have a primary cop on the beat.”

The CFTC’s overall brass is also changing. In the coming months, four CFTC commissioner spots must be filled, which is a large number given that the regulatory body typically carries five commissioners.

NYDIG raises $1B in funding, valuation now $7B

New York Digital Investment Group (NYDIG) is now worth roughly $7 billion after the company successfully raised $1 billion from WestCap and other venture investors. Led by co-founder and CEO Robert “Robby” Gutmann, NYDIG is a company dedicated to providing access to investment opportunities centered around Bitcoin (BTC).

“NYDIG plays a unique role in the industry, empowering companies of all types to incorporate Bitcoin in a secure and compliant way,” WestCap partner Scott Ganeles said in a public statement announcing NYDIG’s additional capital achievement. “We are proud to partner with Robby and his outstanding NYDIG team as they forge new paths to accessibility and further accelerate Bitcoin adoption.”

Prior to the move, Nike expressed strong interest in this emerging market by pursuing Metaverse-specific patent and trademark filings for its logo. The company also publicized a job search for people with specific Metaverse expertise.

“Our plan is to invest in the RTFKT brand, serve and grow their innovative and creative community and extend Nike’s digital footprint and capabilities,” Nike’s CEO and president John Donahoe said.

The U.S. Securities and Exchange Commission (SEC) has decided to delay a verdict on two physically-backed Bitcoin exchange-traded funds (ETFs) until February 2022. The Commission published its decision on Wednesday.

The SEC has turned down multiple Bitcoin spot ETF applications in 2021. The Commission delayed one such product from WisdomTree earlier in 2021, only to deny it in December. 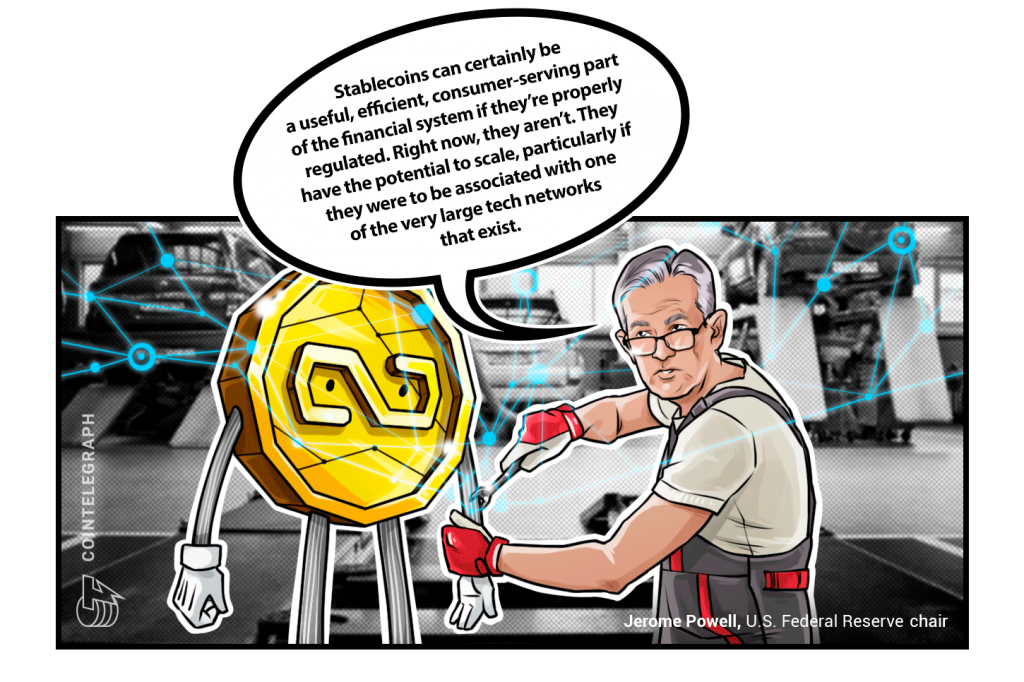 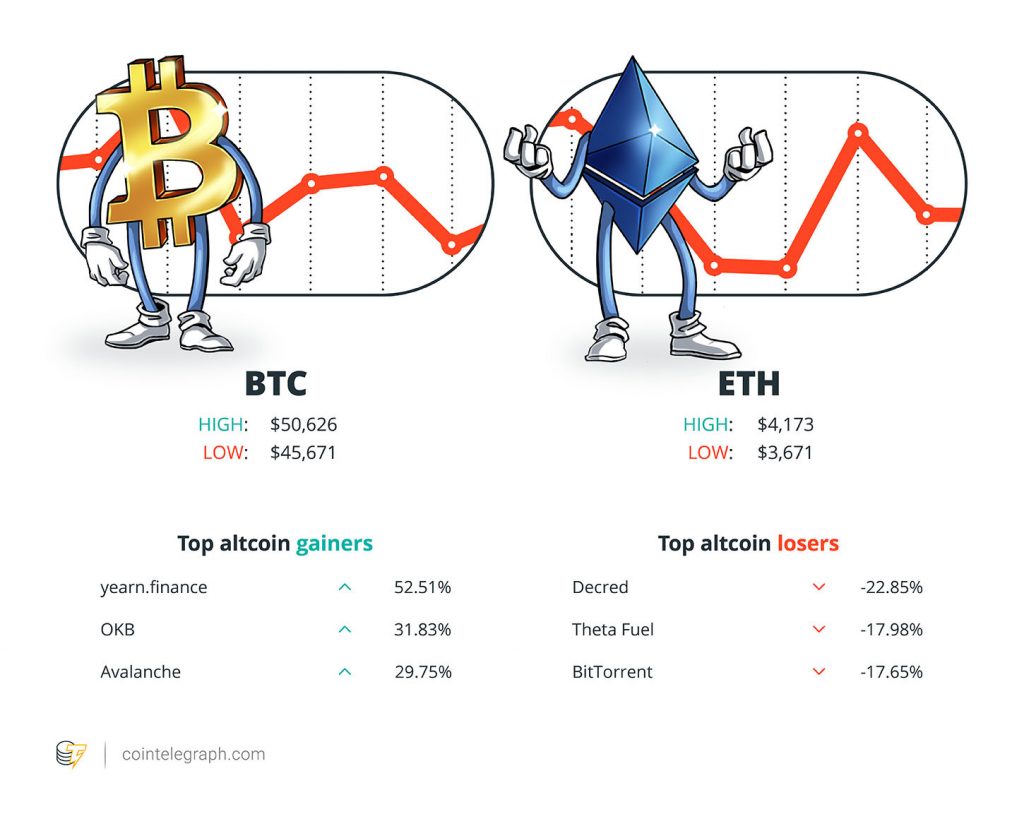 “DeFi is the most dangerous part of the crypto world. This is where the regulation is effectively absent, and — no surprise — it’s where the scammers and the cheats and the swindlers mix among part-time investors and first-time crypto traders. In DeFi, someone can’t even tell if they’re dealing with a terrorist.”

“I argue that we are winning [the digital currency] race because of the sum of free-market activity taking place inside the U.S. regulatory perimeter with digital currencies and blockchain-based financial services. The sum of these activities are advancing broad U.S. economic competitiveness and national security interests.”

“Stablecoins can certainly be a useful, efficient, consumer-serving part of the financial system if they’re properly regulated. Right now, they aren’t. They have the potential to scale, particularly if they were to be associated with one of the very large tech networks that exist.”

“Bitcoin is not a good substitute for transactional currency. Even though it was created as a silly joke, Dogecoin is better suited for transactions. The total transaction flow that you do with Dogecoin, like transactions per day, has much higher potential than Bitcoin.”

“[Crypto] companies have the cash and have been bidding away very senior talent who only have one or two years of crypto experience with offers that they cannot turn down.”

“The beauty of crypto is that you can be based anywhere. There is this community approach regardless of where you kick-start a flywheel from.”

Sethaput Suthiwartnarueput, governor for the Bank of Thailand

Bitcoin’s price has been on a rollercoaster the past week. The coin saw prices as high as almost $51,000, while also visiting levels below $46,000, based on Cointelegraph’s BTC price index.

According to a report from Delphi Digital, Bitcoin’s price could finish out the year trading relatively sideways. The firm noted the recent spike in stablecoin transactions as reason to be cautious. Much like the May 2021 price crash, current market conditions are defined by much higher than normal stablecoin volumes, presumably as investors exit BTC positions and enter into stablecoins.

The “most likely path forward” for BTC in the short term is choppy or sideways action, Delphi Digital stated. However, any major risk-off event in the broader market could negatively impact the leading digital currency. 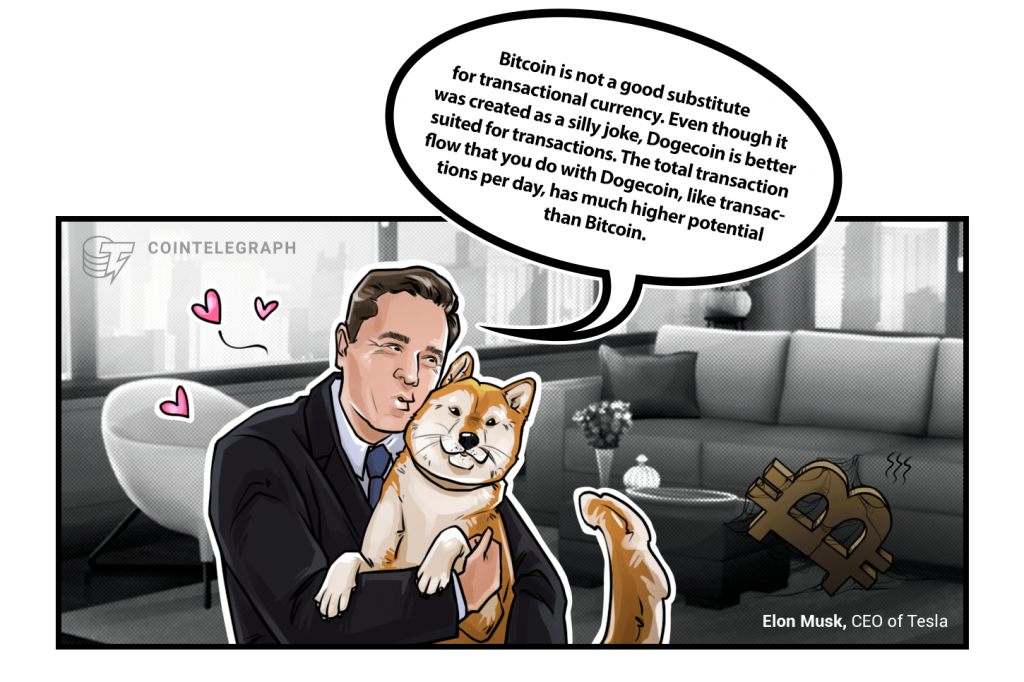 Indian Prime Minister Narendra Modi suffered a Twitter account hack on Dec. 12. Although the nefarious party only had control of the account for a short period of time, they were able to send out a scam tweet from the account, proclaiming false news.

The hackers tweeted that India had picked up Bitcoin as an official currency — a sizable lie considering the headlines El Salvador made in the lead-up to actually adopting BTC as legal tender in September 2021. The tweet sent out by the hackers included a lie about India purchasing hundreds of BTC, as well as an external link.

The pillage affected the platform’s hot wallet but not its cold storage amounts, as per a tweet from the crypto platform on Dec. 11. AscendEX also noted in the same tweet that customers who lost funds would be covered by the platform.

Coinbase, Kraken and several other crypto-involved companies received backlash from the United Kingdom’s Advertising Standards Authority (ASA) for certain advertisements. The ASA claimed the ads did not adequately provide viewers with proper risk warnings, and that they preyed on viewers who lacked crypto expertise.

One ad from Coinbase Europe noted the large profit outcome an early Bitcoin investment would have yielded if held until 2021. The ASA pushed back on the ad, essentially saying it made it look like the future would hold similar profit potential. The ASA also pointed out that the ad lacked an explanation that the future does not promise the same rewards reaped in the past. 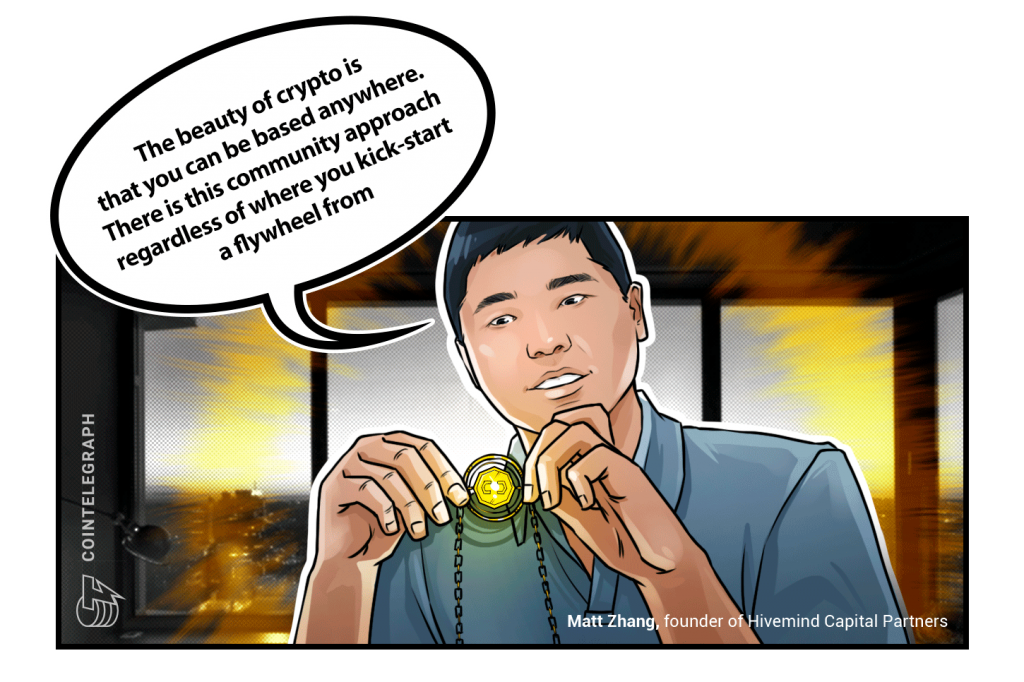 The Metaverse will bring unbridled evolution to NFTs

NFTs are here to stay and the arrival of the Metaverse is only set to make their appeal and use even more popular.

A letter to Zuckerberg: The Metaverse is not what you think it is

“Because the crypto space is largely a challenge to central banks, at least in a lot of people’s minds, then anything that happens in banking and finance is interesting to us.”

Daft Punk meets CryptoPunks as Novo faces up to NFTs

“When it was finally time to take off the mask and get on the plane home, it was weird.”