The similarity in price action between the crypto and traditional financial markets remains quite strong on May 10 as traders enjoyed a relief bounce across asset classes following the May 9 rout, which saw Bitcoin (BTC) briefly dip to $29,730.

Market downturns typically translate to heavier losses in altcoins due to a variety of factors, including thinly traded assets and low liquidity, but this also translates into larger bounces once a recovery ensues.

Several projects notched double-digit gains on May 10, including a 15.75% gain for Maker (MKR), the protocol responsible for issuing the DAI (DAI) stablecoin, which likely benefited from the fallout from Terra (LUNA) and its TerraUSD (UST) stablecoin.

Other notable gainers include Persistence (XPRT) and its liquid staking token pSTAKE (PSTAKE), which experienced gains of 16.4% and 39.8% after Binance Labs revealed a strategic investment in the liquid staking platform. Polygon (MATIC) also bounced back with a 14.59% gain.

Despite the widely held belief that the crypto market would act as a hedge to TradFi volatility, the correlation between Bitcoin and the stock market has remained high in 2022.

If anything, the volatility usually associated with the cryptocurrency market has begun to rear its ugly head in traditional markets, as evidenced by the price action for the Dow Jones Industrial Average on May 10, which rose more than 500 points only to give back at the time of writing.

Further evidence to support a correlation between crypto and traditional markets was provided by Bitcoin analyst Willy Woo, who posted the following chart noting that “Fundamentals [are] taking a back seat to fear driven trading.” 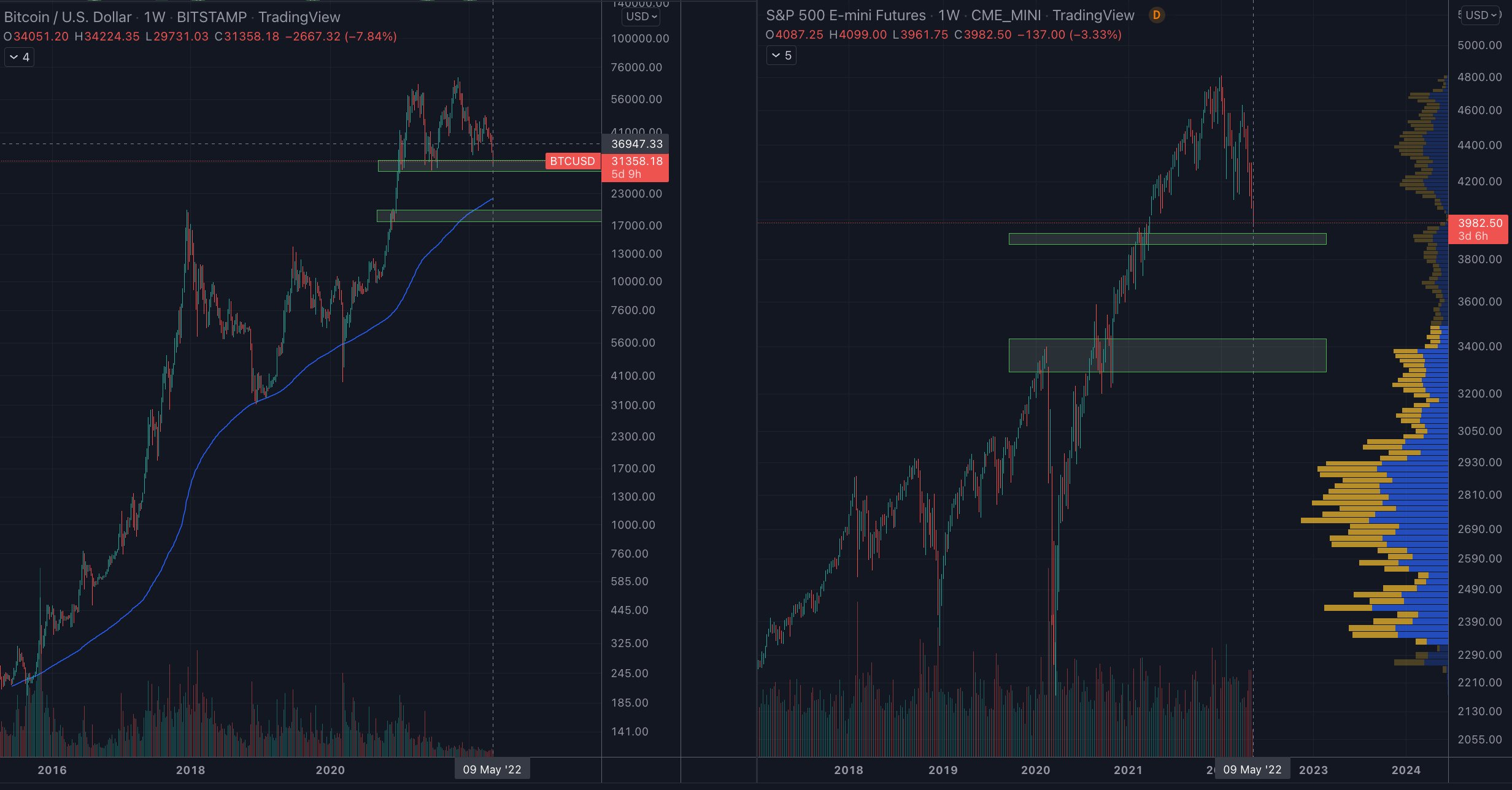 “What I do think is we are not trading BTC, we are trading macro and equities. Right pane is SPX support, which will determine BTC directionality, left pane is the equivalent BTC support.”

The S&P 500 could drop much further

While May 10’s relief rally sent crypto and stock prices higher, market analyst Caleb Franzen posted the following chart warning about a bearish head and shoulders formation on the S&P 500 chart that could result in the loss of another 500 points. 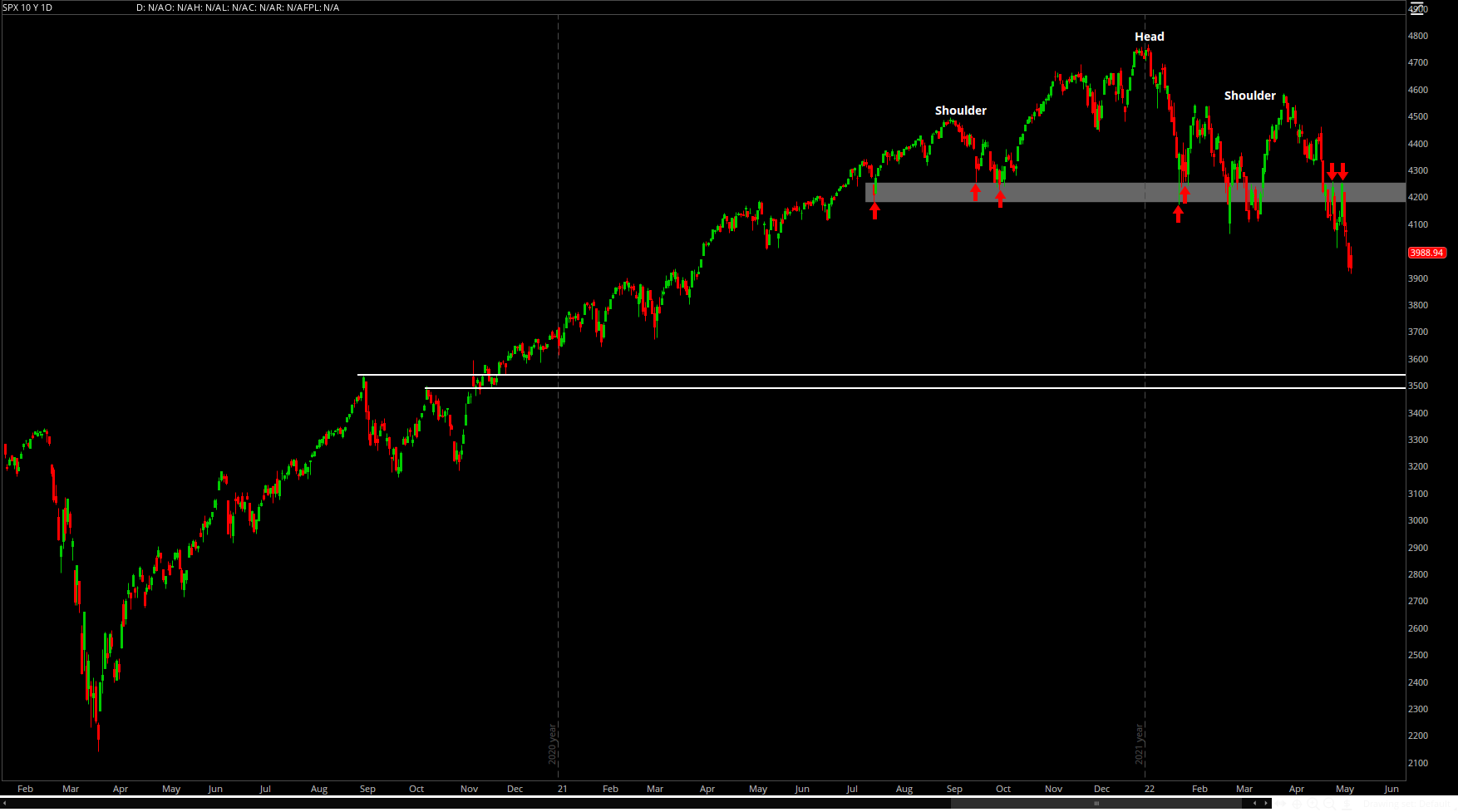