The Story of Abortion Pills and How They Work 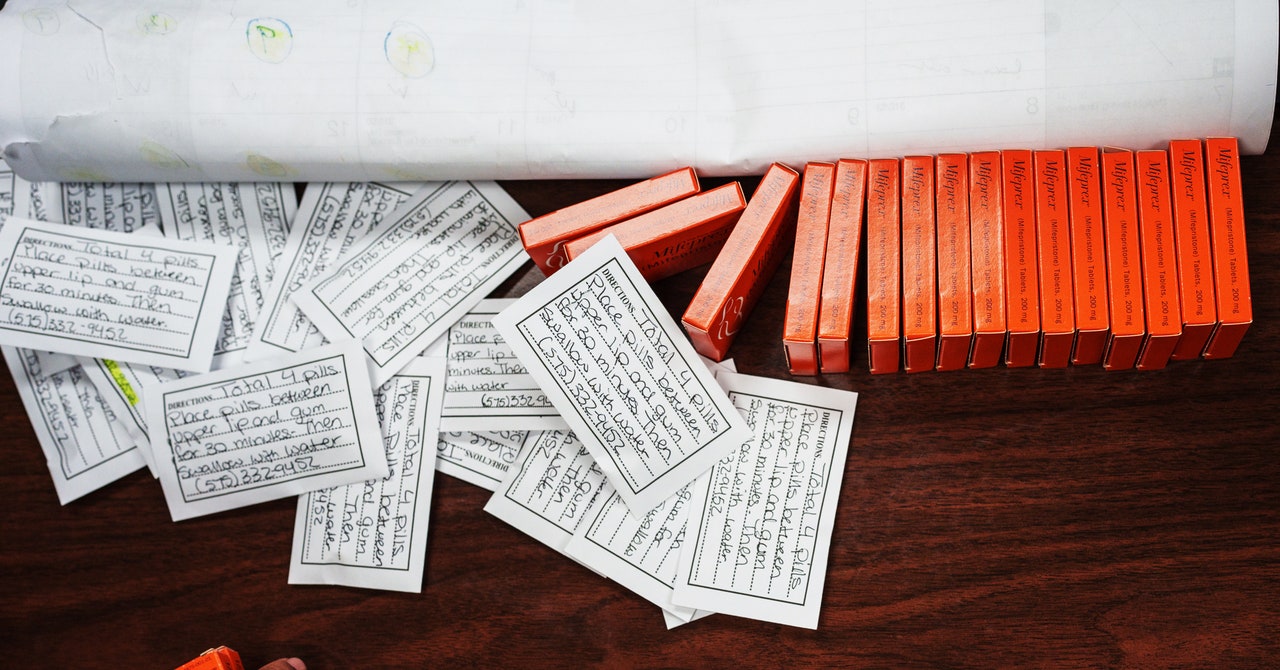 Another clinically available method of abortion is a medical procedure that uses suction to remove the pregnancy from the uterus. This process is quicker, but abortion pills allow greater control over where and when someone chooses to begin the termination, says Murphy. That said, until the pandemic, there were still rules preventing the medication from being taken at home.

“We were in the ridiculous situation where women were traveling miles to come to a clinic,” she explains of the situation in the UK. “They had to swallow the pills in the clinic, then rush back home as quickly as they could to be there when the cramping began.” Conversely, women receiving the same medication for a missed miscarriage have never been required to take the pills on the spot, Murphy adds.

It was only when Covid-19 limited people’s access to in-person health care that the UK started trialing a “pills by post” service. England and Wales recently decided to make the service permanent, and Scotland is expected to do the same. Similarly, the US Food and Drug Administration allowed abortion medication to be delivered by mail during the pandemic, and it made this policy permanent in late 2021. However, if Roe v. Wade is overturned, a number of states will ban the provision of abortion medication by mail.

When taking the medication at home, some pregnant people might choose to take a bath or use a hot water bottle to be as comfortable as possible while it takes effect, Murphy says. The pregnancy remains may be disposed of however they choose, and there will be no trace of the abortion or abortion medication in their system, she adds.

“I think, sometimes, people don’t realize how difficult the experience will be,” says Ushma Upadhyay, associate professor of obstetrics and gynecology at the University of California, San Francisco, referring specifically to medication abortions. The bleeding can be heavier and last longer, perhaps up to four weeks, than some patients expect, she adds. Having a friend or relative on hand during the process is a good idea, particularly when the cramping and bleeding are at their peak.

Imogen Goold, professor of medical law at the University of Oxford, says that wherever legal frameworks do not establish women’s right to abortion on demand, it may be hard to maintain the availability of drugs such as mifepristone, given their continuing controversy in certain places. But making abortion more difficult to access does not prevent people seeking it out, as studies have demonstrated. “All it does is cause stress and shame,” says Goold.

While the US Supreme Court seems set to overturn Roe v. Wade, many physicians expect that people will find ways of acquiring abortion pills if they want them. “Thanks to the pills, self-management and self-sourcing is going to look a lot different today than it did before Roe,” says Chelsea Faso, a family medicine physician in New York and Fellow with Physicians for Reproductive Health.

Murphy agrees. And while dangerous methods of inducing abortion remain, worryingly, in use in nonclinical settings, these pills—which make abortion far safer for pregnant people to carry out themselves—have arguably become the preferred choice for those who decide to have an abortion in contravention of the law. This was the case in Northern Ireland for many years.

“Where we make abortion illegal, women will find ways of accessing these drugs,” Murphy says.