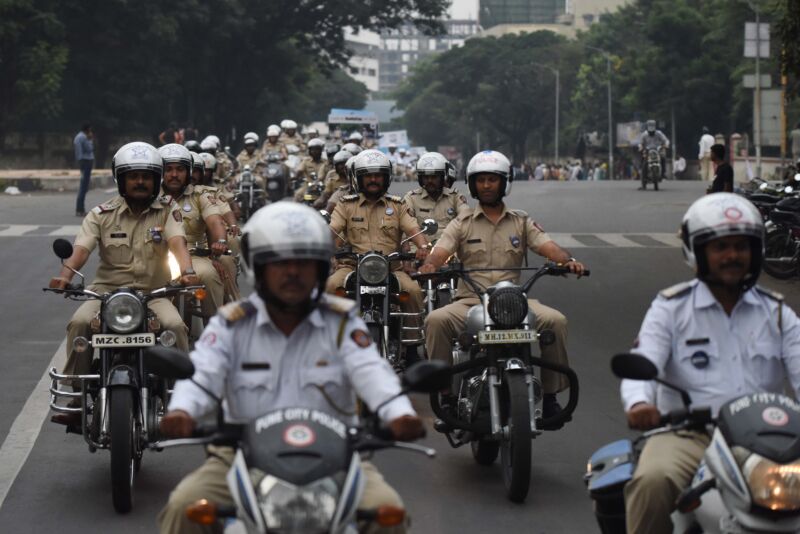 Police forces around the world have increasingly used hacking tools to identify and track protesters, expose political dissidents’ secrets, and turn activists’ computers and phones into inescapable eavesdropping bugs. Now, new clues in a case in India connect law enforcement to a hacking campaign that used those tools to go an appalling step further: planting false incriminating files on targets’ computers that the same police then used as grounds to arrest and jail them.

More than a year ago, forensic analysts revealed that unidentified hackers fabricated evidence on the computers of at least two activists arrested in Pune, India, in 2018, both of whom have languished in jail and, along with 13 others, face terrorism charges. Researchers at security firm SentinelOne and nonprofits Citizen Lab and Amnesty International have since linked that evidence fabrication to a broader hacking operation that targeted hundreds of individuals over nearly a decade, using phishing emails to infect targeted computers with spyware, as well as smartphone hacking tools sold by the Israeli hacking contractor NSO Group. But only now have SentinelOne’s researchers revealed ties between the hackers and a government entity: none other than the very same Indian police agency in the city of Pune that arrested multiple activists based on the fabricated evidence.

“There’s a provable connection between the individuals who arrested these folks and the individuals who planted the evidence,” says Juan Andres Guerrero-Saade, a security researcher at SentinelOne who, along with fellow researcher Tom Hegel, will present findings at the Black Hat security conference in August. “This is beyond ethically compromised. It is beyond callous. So we’re trying to put as much data forward as we can in the hopes of helping these victims.”

SentinelOne’s new findings that link the Pune City Police to the long-running hacking campaign, which the company has called Modified Elephant, center on two particular targets of the campaign: Rona Wilson and Varvara Rao. Both men are activists and human rights defenders who were jailed in 2018 as part of a group called the Bhima Koregaon 16, named for the village where violence between Hindus and Dalits—the group once known as “untouchables”—broke out earlier that year. (One of those 16 defendants, 84-year-old Jesuit priest Stan Swamy, died in jail last year after contracting COVID-19. Rao, who is 81 years old and in poor health, has been released on medical bail, which expires next month. Of the other 14, only one has been granted bail.)

Early last year, Arsenal Consulting, a digital forensics firm working on behalf of the defendants, analyzed the contents of Wilson’s laptop, along with that of another defendant, human rights lawyer Surendra Gadling. Arsenal analysts found that evidence had clearly been fabricated on both machines. In Wilson’s case, a piece of malware known as NetWire had added 32 files to a folder of the computer’s hard drive, including a letter in which Wilson appeared to be conspiring with a banned Maoist group to assassinate Indian prime minister Narendra Modi. The letter was, in fact, created with a version of Microsoft Word that Wilson had never used, and that had never even been installed on his computer. Arsenal also found that Wilson’s computer had been hacked to install the NetWire malware after he opened an attachment sent from Varvara Rao’s email account, which had itself been compromised by the same hackers. “This is one of the most serious cases involving evidence-tampering that Arsenal has ever encountered,” Arsenal’s president, Mark Spencer, wrote in his report to the Indian court.