The cryptocurrency market is showing signs of progress following a multiday sell-off that saw the total market capitalization drop by more than $400 billion as Bitcoin’s (BTC) price briefly fell below $46,000.

While the majority of altcoins have entered a consolidation phase that includes a retest of underlying support levels, several projects have started to regain lost ground after new developments reignited investors’ optimism.

Since hitting a swing low at $0.80, ADA’s price rallied 30% to $1.05 following the news that community members at Venus Protocol had approved a proposal to bring ADA to the Venus mainnet.

VIP-9 has passed and will be executed soon! @Cardano will become an available digital asset on #Venus!

VORTECS™ data from Cointelegraph Markets Pro began to detect a bullish outlook for ADA on Feb. 14, prior to the recent price rise. 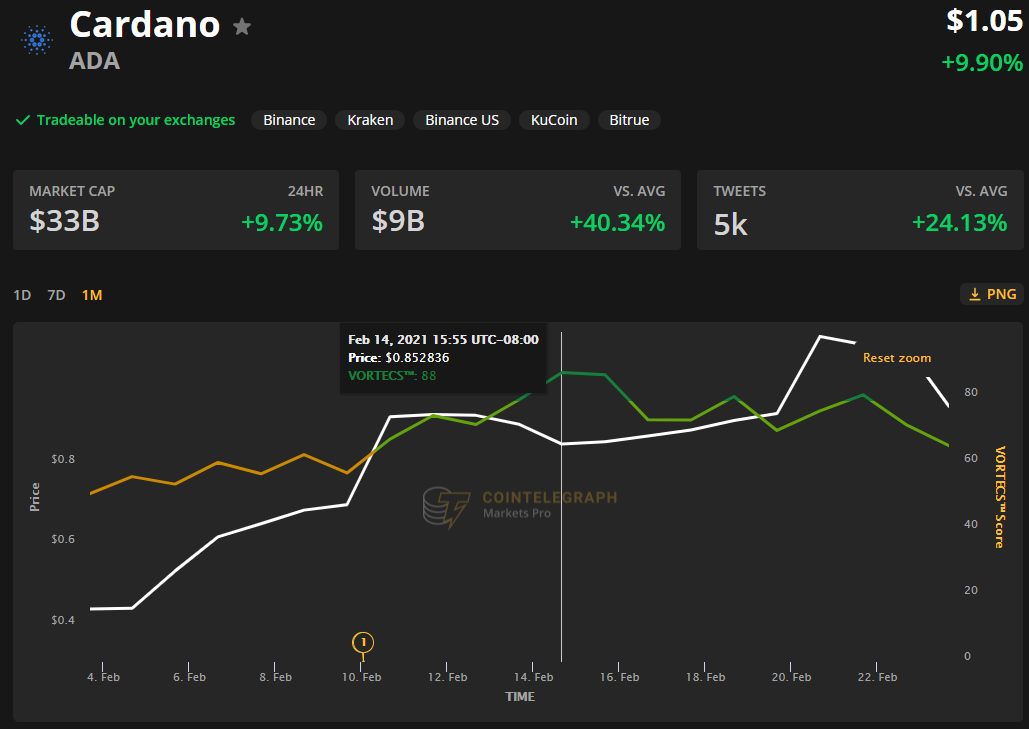 As the chart above shows, Binance introduced staking on Feb 10., and the VORTECS™ score for ADA rose to a high at 88 on Feb. 14

On Feb. 9 the Matic network rebranded to become “Polygon” as part of a strategic change to become a layer-two aggregator. The move was done in response to the growing momentum of Polkadot and a desire to build an interoperability protocol on top of Ethereum.

High gas fees on the Ethereum network have increased the need for layer-two solutions, and Polygon has emerged as one of the top solutions with projects like Aavegochi and Golem already operating on the protocol. 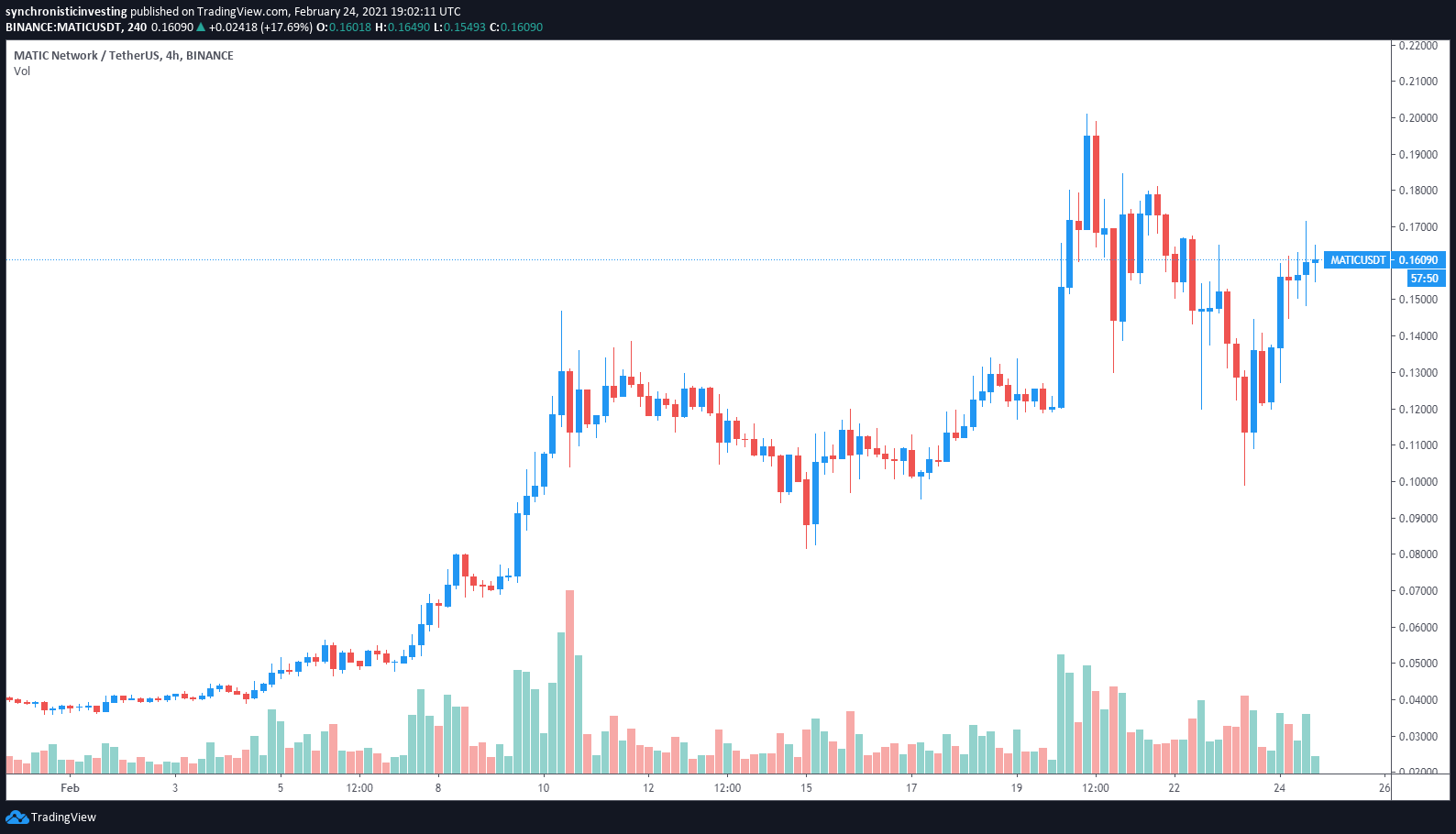 Since that time the MATIC has recovered 62% to trade at $0.16 as the community and total value locked on Polygon continue to grow.

Stacks (STX) was the breakout star on Feb. 24 as the layer-one blockchain solution designed to bring smart contracts and decentralized applications to Bitcoin saw a record $166 million in trading volume that elevated STX to a new all-time high of $1.17. 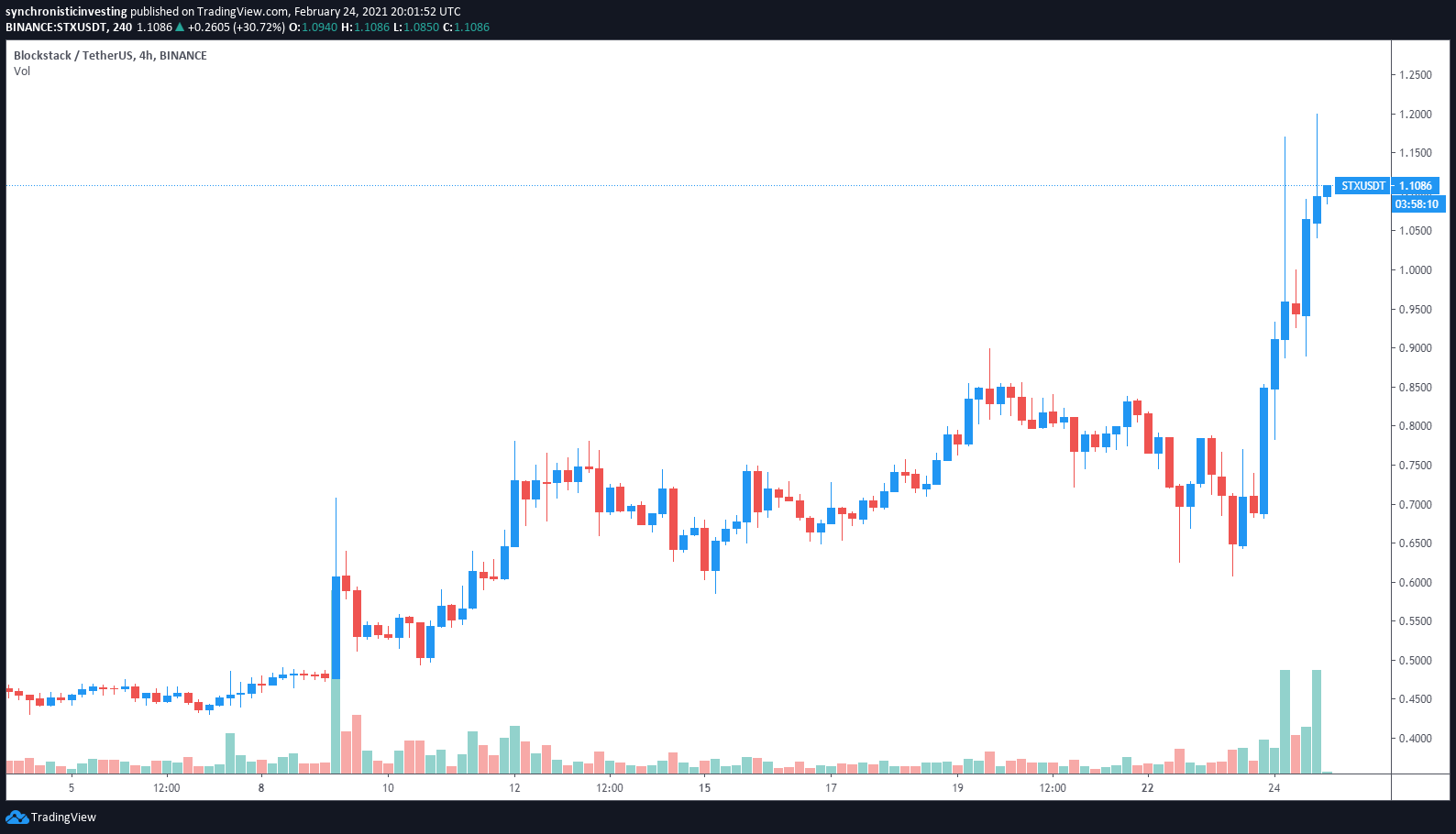 Excitement for the project comes after the Feb. 23 announcement that STX holders can now participate in delegated staking from the Stacks wallet, allowing them to earn BTC rewards.

According to data from Cointelegraph Markets Pro, market conditions for STX have been favorable for some time. 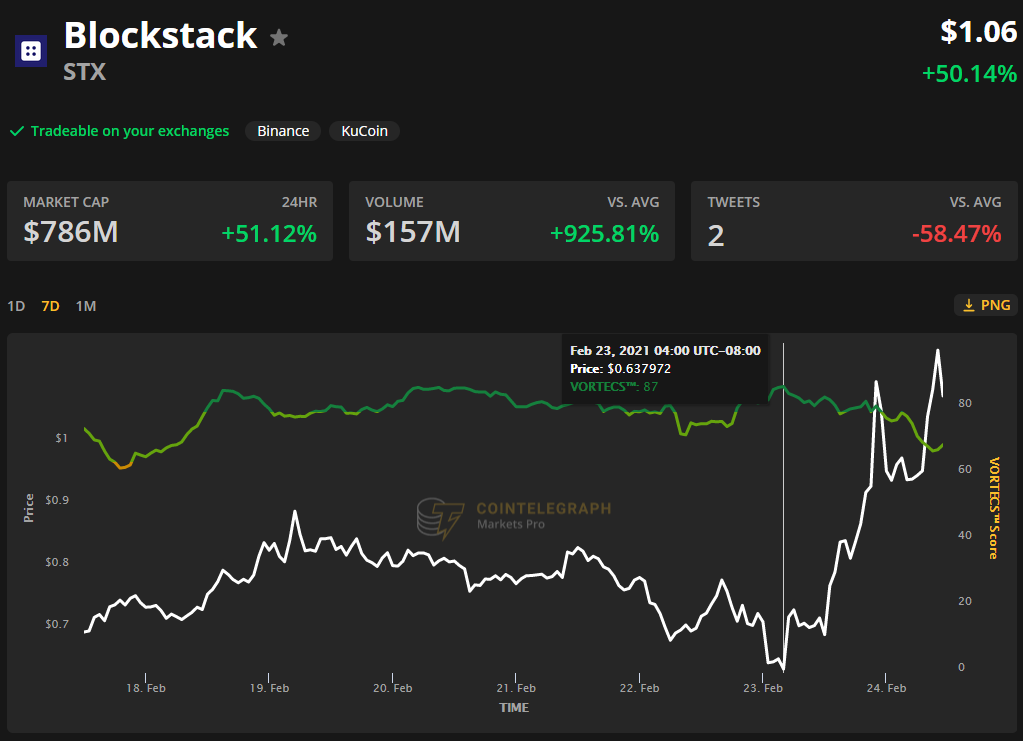 Interoperability, cross-bridge solutions and staking have emerged as drivers of growth that help incentivize investors to hold their tokens and also attract new participants to old and new blockchain projects.

Following the recent market downturn, it’s clear that projects that offer tokenholders multiple ways to earn a yield and operate across separate blockchain networks are beginning to stand out from the rest of the field.