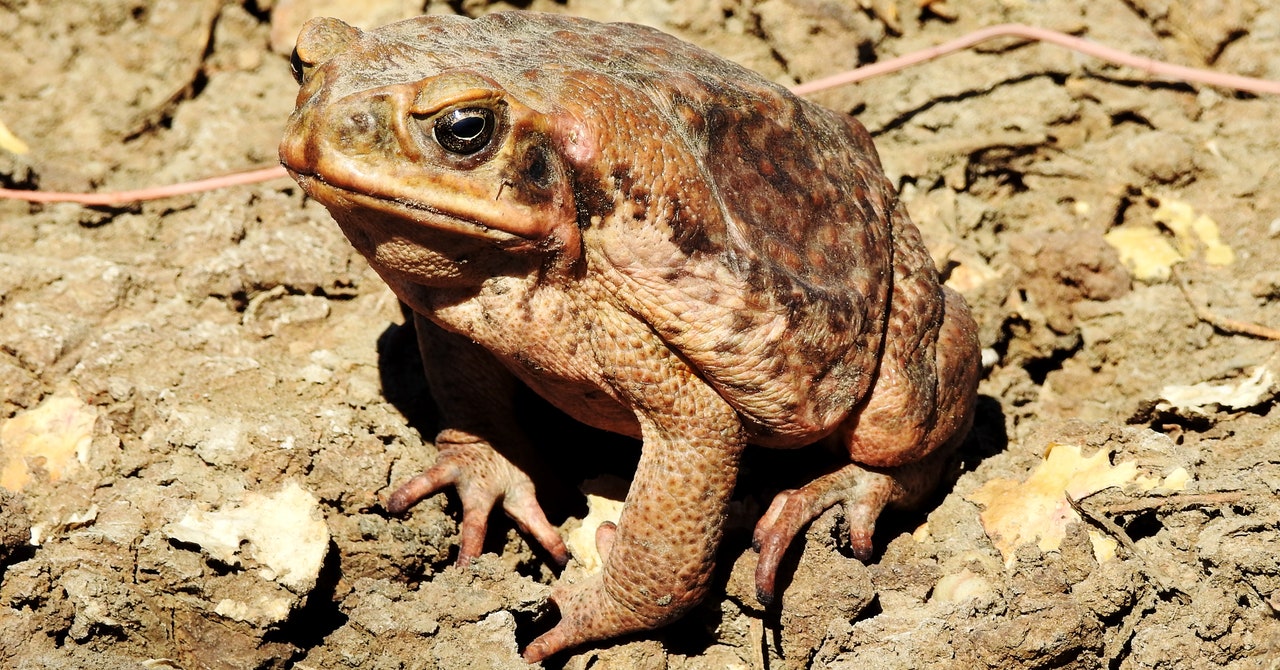 The cane toad may be the poster animal for invasive species. Native to South America, it has been introduced to many other ecosystems in the hope it would chow down on agricultural pests. Instead, the toad has become a pest itself, most notably in Australia. Free from the predators and parasites in its native range, the toad’s poison glands have turned out to be a hazard for most species that try to eat it where it has been introduced.

But that doesn’t mean that it’s completely free of the risk of predation. Australian cane toad tadpoles have been observed feeding on their fellow cane toad offspring. This cannibalism seems to be an evolutionary response to the lack of competing species in its invasive range, causing cane toads to turn on their remaining competition: each other. And the toad has already turned to an additional evolutionary response to try to limit the danger of cannibalism.

Only Competing With Themselves

From an evolutionary perspective, cannibalism can make sense as a way to limit the competition posed by other members of your species. But the research team at the University of Sydney that has tracked the cane toad’s cannibalism suggests that the species’ successful invasion of Australia has accentuated this evolutionary pressure—something that may also occur with other invasive predators. One of the marks of an invasive species is its abundance in its new range, at which point competition for limited resources becomes more likely. Cannibalism not only limits this competition but provides nutritional resources as well.

With the Australian population reaching about 10 times the density of the population in the cane toad’s native range, there’s plenty of opportunity for inter-toad competition. And that competition has been documented at early stages in the toad’s development. Recently hatched toads spend several days developing into tadpoles and, during this time, often get eaten by older, more mature tadpoles. In a heavily populated body of water, clutches of eggs laid after mature tadpoles are present may be completely wiped out before they can live past the hatchling stage.

Tadpoles eating tadpoles can occur in South America. But it happens much more often in Australia. So the researchers decided to see if cannibalism was producing biological differences between the native and invasive populations.

To do so, they obtained toads from both native and invasive populations and tracked the behavior of the offspring. To start, the researchers simply placed fertilized eggs in a container with a single tadpole. This showed that the Australian cane toads had become aggressive cannibals, as eggs placed in with them were over 2.5 times more likely to be cannibalized before producing a tadpole.

While many changes can produce this sort of difference, the researchers demonstrated that the Australian tadpoles were more likely to seek out recently hatched cane toads. When given a choice of moving into empty containers and one containing cane toad hatchlings, the invasive Australian toads were nearly 30 times more likely to go into the container with hatchlings.

By the time the hatchlings reach the tadpole stage and are too large to eat, their fellow tadpoles lose interest. There’s some indication that the earlier attraction is based on toxins put into the fertilized egg by the mother.

High levels of predation tend to produce evolutionary responses to limit vulnerability, and cannibalism is no different. The researchers found that Australian toads were simply spending less of their developmental time in the vulnerable hatchling stage in order to avoid some of the impact of cannibalism.

This occurred via two different mechanisms. One of these was specifically dependent upon the presence of tadpoles. In other words, when the threat was present, development accelerated. But a separate acceleration was present regardless of whether tadpoles were present. While South American cane toads spent a total of about five days at the hatchling stage, Australian populations only spent three days. So the pressure of cannibalism had cut hatchling development time by nearly half.